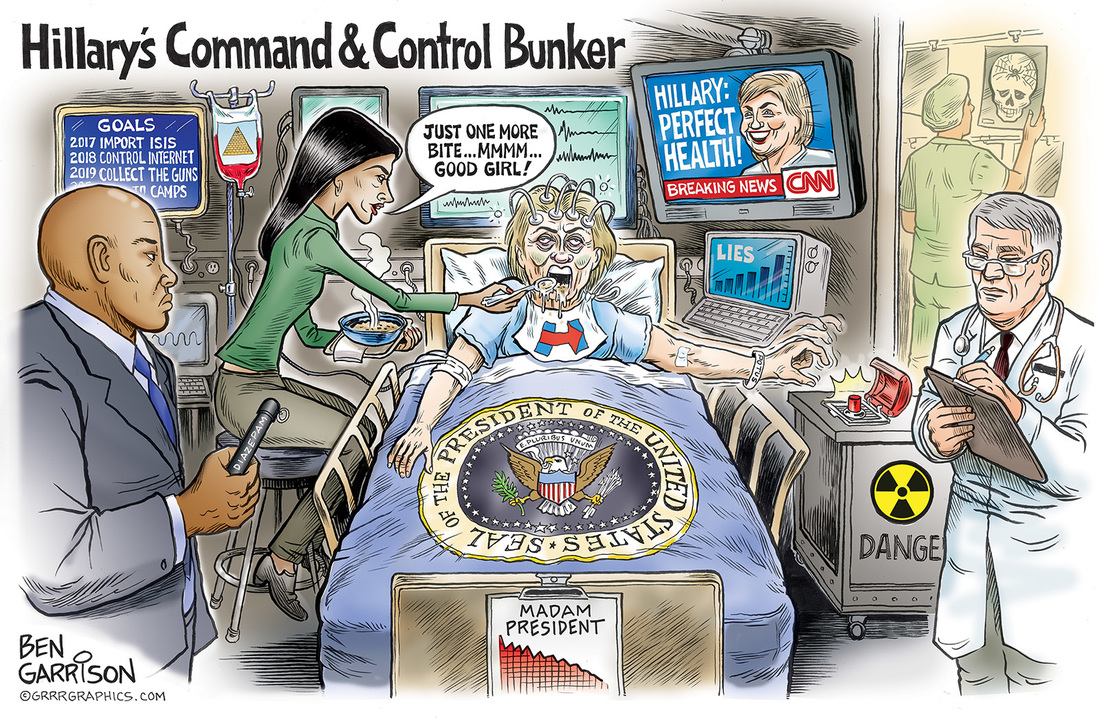 This was a very popular cartoon showing the media’s failure to cover Hillary’s health. Actually, the Lying, Dying Dinosaur Media worked double time to obfuscate and cover up for Hillary.

This was a cartoon commission for my friend Mike Cernovich. A look into the future if Hillary somehow becomes President

UPDATE: Circa October 2017, Hillary is in the news again (thankfully not as president), for falling down the stairs. The main stream news has a penchant for painting her as the beacon of health.