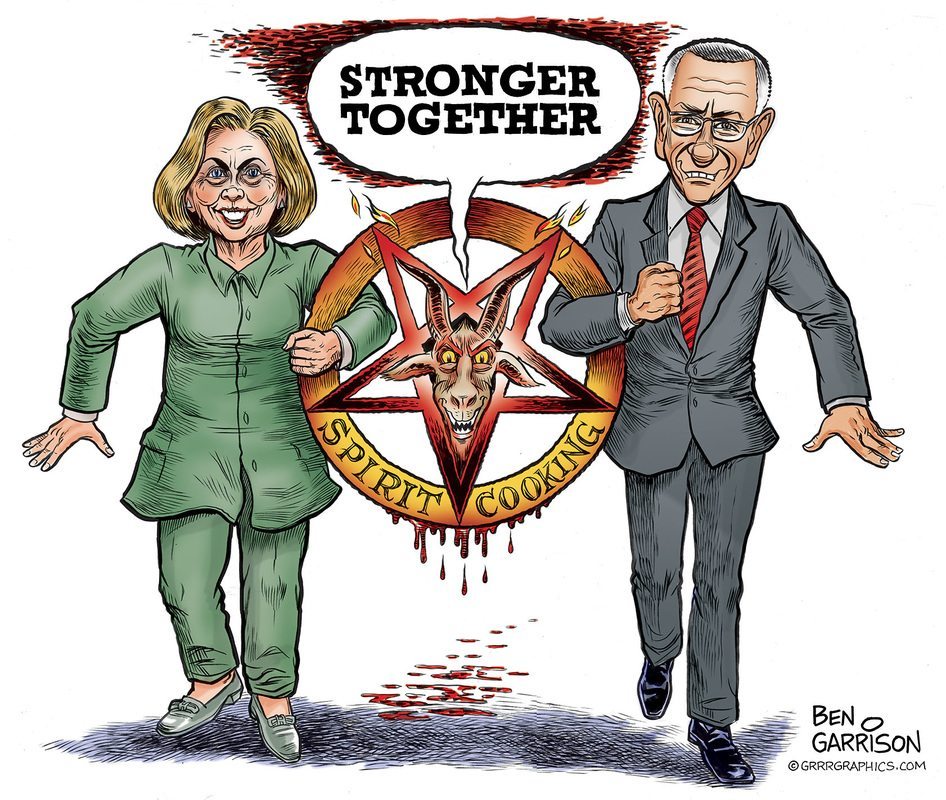 A while back I drew Hillary kissing the ring of the Devil just before making her convention acceptance speech. It turned out to be a prophetic cartoon.
What has been revealed now is something right out of “Eyes Wide Shut.” Americans have had their eyes shut for too long. Some on the left will proudly proclaim “I’m with her!” no matter what—they are a lost cause. They will not let facts filter through their hermetically sealed echo chambers. Podesta emails reveal rituals so disgusting that I will not repeat them here. The details can readily be found on search engines.
These people are evil. They engage in Satanic practices in order to gain dominance. They want power over the populace and they have succeeded. It’s now time to expose these monsters. The Clintons are connected to a massive child trafficking and pedophile sex ring. Both Hillary and Bill made many trips to Jeffrey Epstein’s ‘Pedophile Island.’
No wonder the Clintons have put vast sums of money into banks in the mideast. They have their escape hatches ready.
LOCK HER UP!
—Ben Garrison