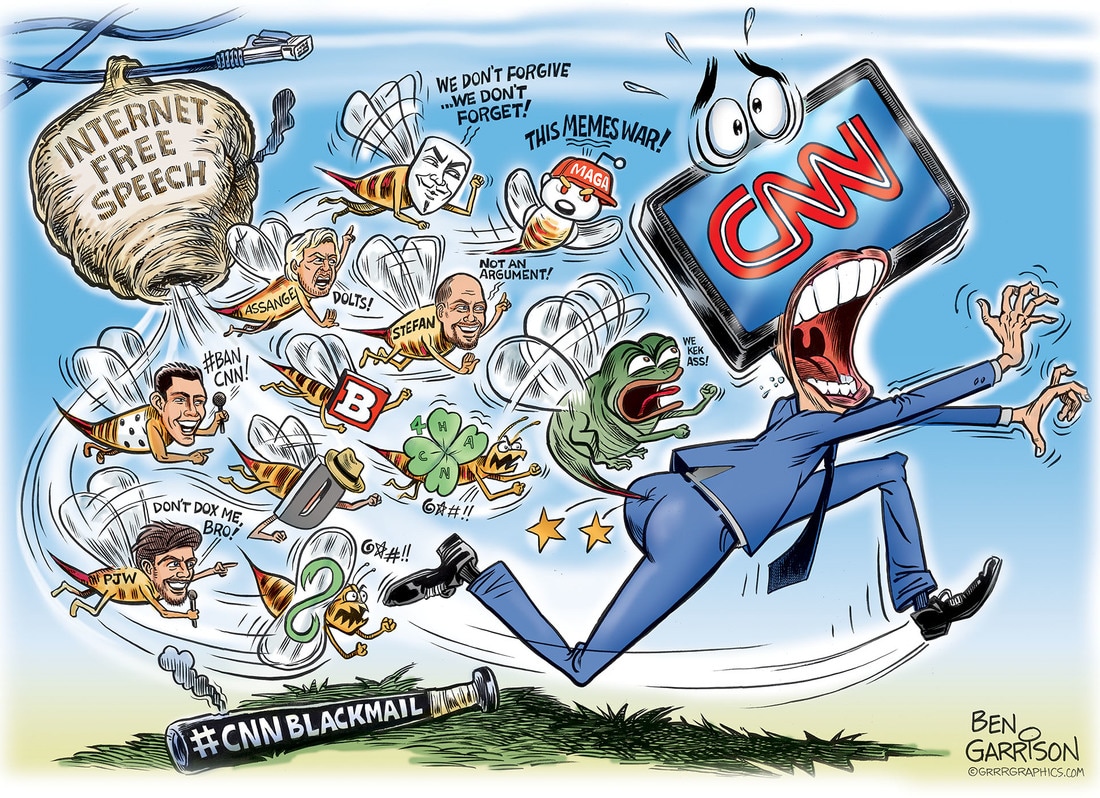 CNN has been exposed. We know they are liars and purveyors of fake news. They continue to lose viewers and credibility and now they’ve gone over the top with their attempt to suppress free speech. They targeted a young man and forced him to promise not to produce any more animated videos such as the wrestling comedy that showed them getting body slammed by President Trump. They made him apologize—or else they would expose his identity, a tactic known as ‘doxxing.’ By threatening one individual, CNN hoped to send a warning to the conservative, Trump-supporting ‘deplorables’ on the Internet, whom they consider to be trolls. To those of us who have been targeted by trolls, we know CNN’s efforts are a fool’s errand, but apparently CNN has yet to learn that lesson. They will get that lesson now—good and hard.

By attempting to blackmail a private citizen who is not a public figure, CNN has revealed that they’re willing to pour some of their vast resources toward tracking down Internet voices they deem offensive. They should be spending that money tracking down corrupt government officials and pedophiles. But no, they’d rather spend time generating fear by paring back free speech on the Internet. Maybe they think that will hasten the return of their TV sheep back to the fold. After all, independent journalists speaking the truth freely on the Web are a thorn in CNN’s side. The mainstream media have long been the penultimate source for news, but now they are losing viewers, readers and credibility. They enjoyed the power that comes with controlling the dials of reality and the narrative. They were the filter used by the global elite Illuminati to sort and sift the news in their favor. Their news monopoly days are now gone, but apparently CNN failed to get the message. That message will be delivered to them now—good and hard.

CNN’s vile action was equivalent to hitting a hornets’ nest with a baseball bat. Their bashing and blackmailing activated a great many who loudly support our right to free speech, which includes anonymous free speech. The desperate attempt to shut down free speech on the Internet is another signal of CNN’s decline. The corporate-owned legacy media are dying. O death, where is thy sting? Well, they’re now getting stung—good and hard.