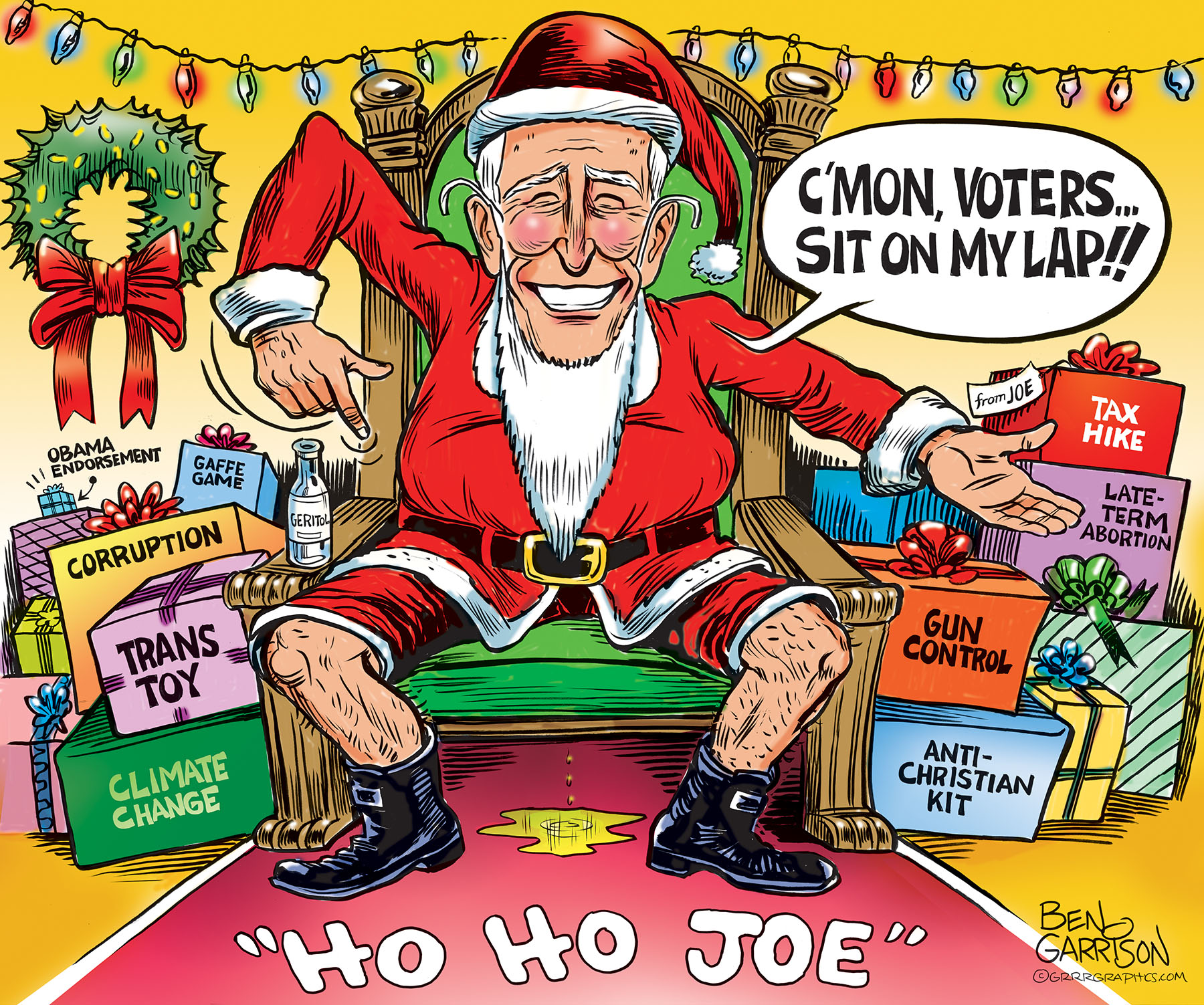 Sleepy Joe Biden not only makes a ‘Bad Santa,’ but he also makes a bad presidential candidate.

When he’s not talking about how much he enjoys children playing with his leg hairs, he talks about how he can do more pushups than Trump. Or how he could take Trump behind the woodshed. The 77 year-old Democrat’s expiration date has long since expired. Once seen as a moderate, he keeps drifting toward the far-left and that won’t help him next year’s primary against his fellow far-left Democrats.

Even Obama has thrown his former vice president under the Pocahontas Bus. Obama probably never liked Joe to begin with, but had him on the ticket—a moderate white man—to balance out a radical black man. Now Obama favors a radical ‘native American,’ Warren.

Biden has said how much enjoys children sitting in lap. It will be a tougher go to attract voters onto said lap. His Christmas gift offerings are abhorrent. If Biden becomes his party’s nominee, he’ll be in for a rude awakening.

Trump will put out his Christmas lights.