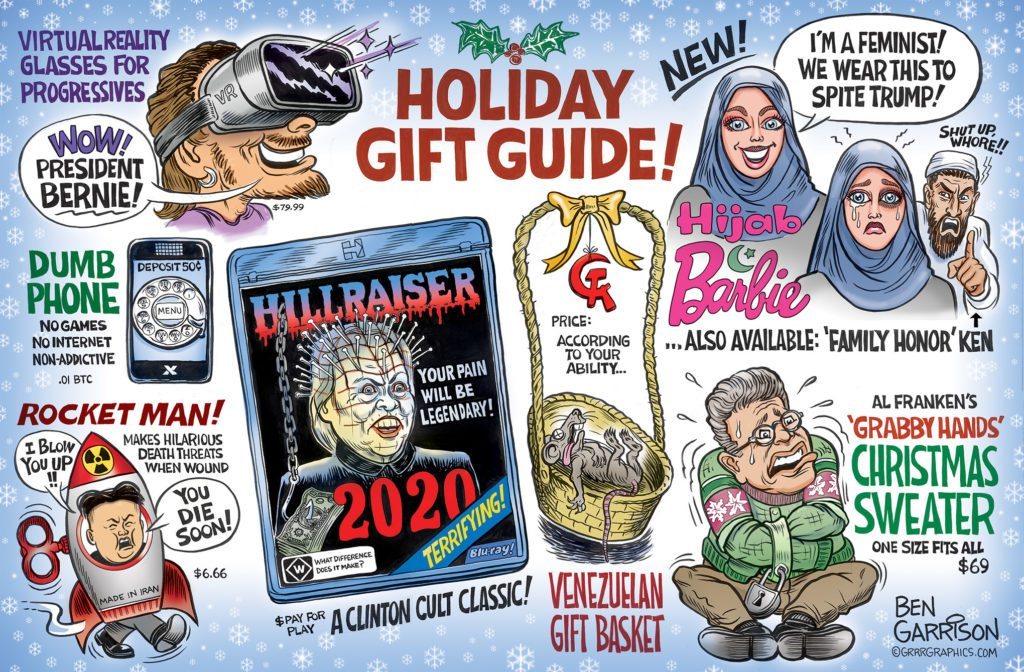 It’s that time of year again and GrrrGraphic’s has the perfect gift guide to some humorous gifts. I featured Al Franken because he gave a news conference yesterday in which he couldn’t remember grabbing seats, but he still would not give up his own seat in Congress. Franken apologized for his behavior regardless. It’s not much of an apology if he also says he can’t recall.

The must have gifts for 2017 include Virtual Reality glasses for those “Bernie Bros” that just can not accept the fact the Bernie is not President. Now they can sit in the local coffee house, sipping their double shot soy vanilla latte and wait for President Bernie’s proclamation that college is free for everyone, but only if you are non-white and gender fluid.

The new Blu-Ray release of “Hillraiser 2020″ is sure to thrill this Christmas, while the wind up “Rocket Man” will keep the kids entertained. So here is a light and fun cartoon to kick off the Christmas season.

I will draw another ’12 Days of Christmas’ cartoon as the big day draws nearer. 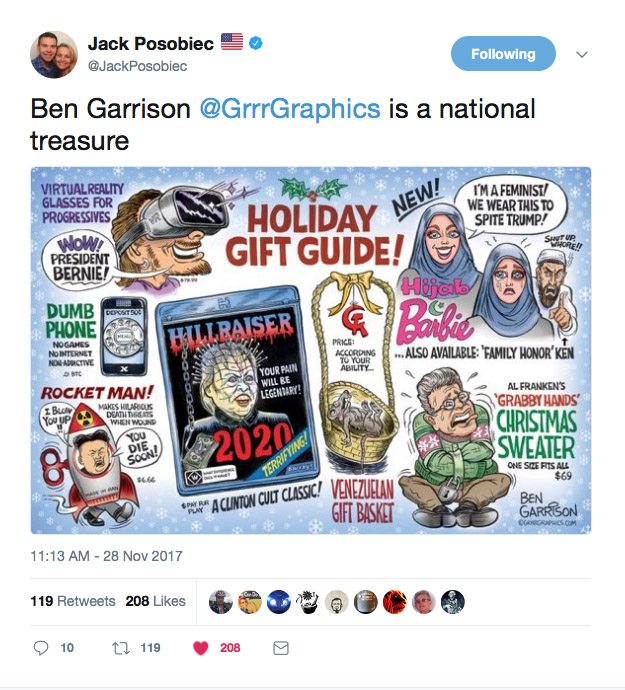