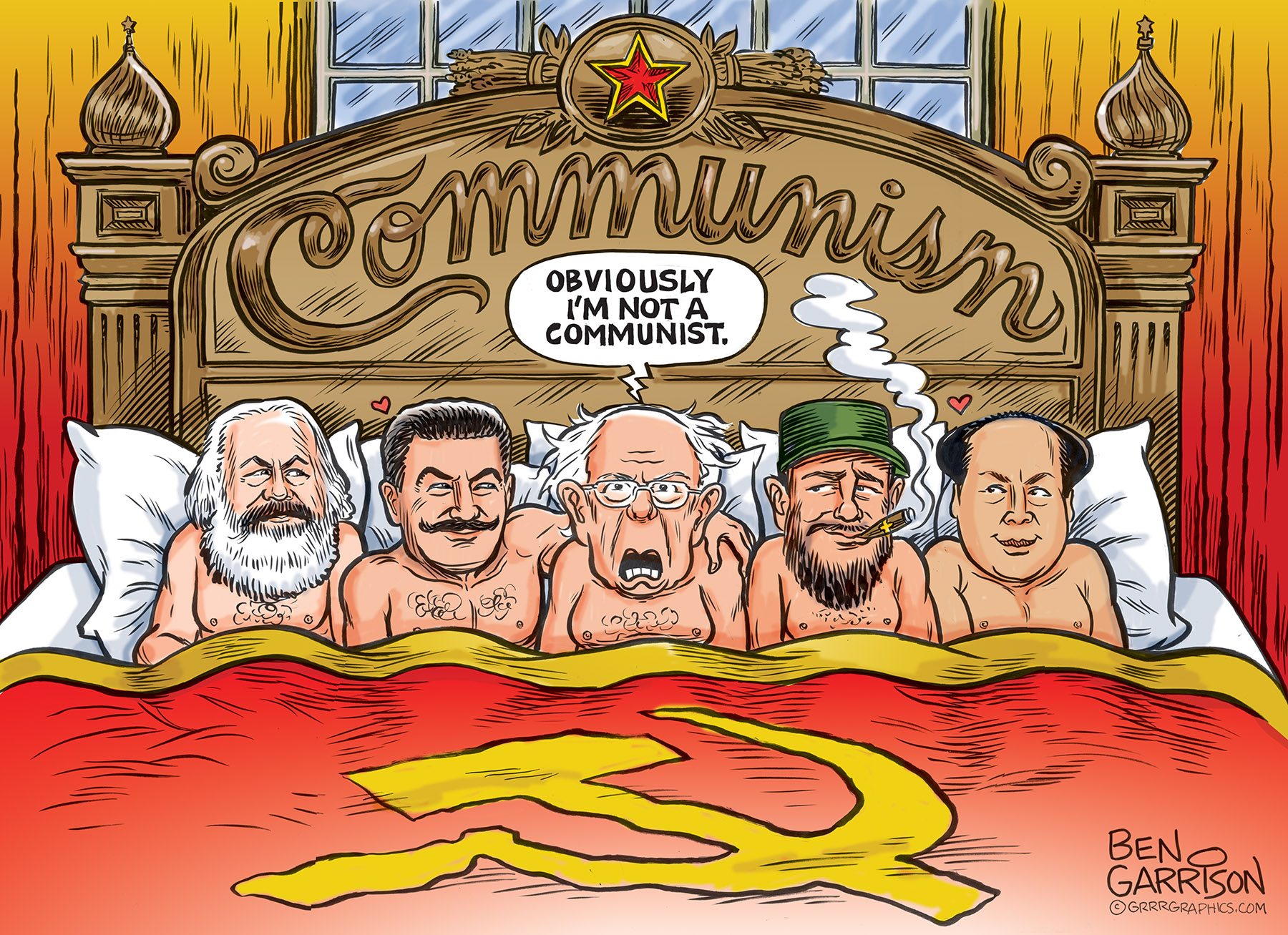 “The Bernie doth protest too much, methinks”

“Obviously I am not a communist,” Sanders likes to proclaim. We beg to differ.

Recently, Bernie has proclaimed his love for communists such as Castro.

He spent his honeymoon in the Soviet Union. He expressed admiration for the communist Sandinistas in Nicaragua. He spouts communists clichés such as ‘our struggle,’ uniting workers, and talks about revolution. He wants to transform the Democrat Party into the Socialist Party. Some would say that has already happened.

Sanders wants to install the final communist planks in America. Some are already here, such as a graduated income tax and the centralization of credit via central banking, but Bernie wants state-run, ‘free’ health care, free college education, and control over industries, which will be shut down in the name of his ridiculous ‘climate change.’ Count on Bernie to keep flying on private jets and enjoying his three homes.

Combining free stuff with open borders will mean even higher taxes. Bernie wants to steal the fruit of our labor and redistribute it as he sees fit.

Bernie will greatly bloat and centralize a government that will be filled with communist bureaucrats who will be ready to micromanage our lives. He guarantees jobs for all and higher wages while he wages war on capitalism and Christianity. He will eventually abolish private property, which will be the final communist nail in our national coffin.

Bernie needs to be kept far, far away from the levers of power.