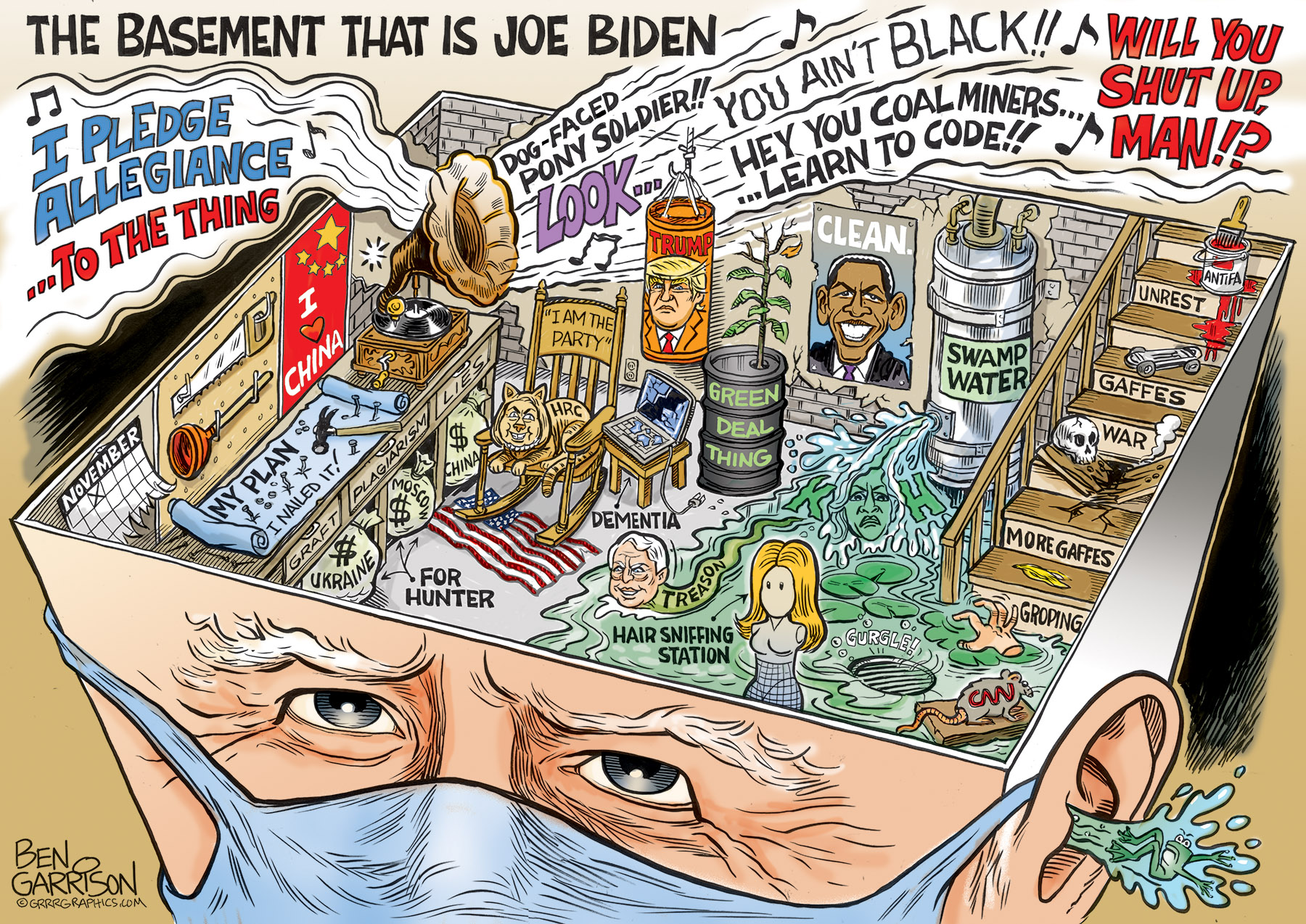 Behind the Scenes at Biden’s Basement Campaign Headquarters

After witnessing Joe Biden’s poor showing in the debate, it occurred to me he will never be out of his dank basement. He carries it around with him. That idea sparked this cartoon. But first I drew a couple of cartoons about the president getting COVID-19.

When pressed, Biden resorts to a tactic that he apparently thinks will be the most effective. Lying. He lied about his son’s involvement with graft from the Ukraine. He said the accusation had been ‘debunked’ despite the overwhelming evidence of graft. Joe also lied about being against the Green New Deal when clearly there is evidence that he supports it—even earlier in the debate.

In one of Biden’s campaign commercials, a military veteran praises Joe for providing needed equipment that helped keep US troops in a war zone ’safe.’ Hey Joe, if you want to keep them safe, don’t send them to useless wars in the first place. Yet Biden eagerly voted for such wars and if elected, he’ll probably start new ones. Trump has avoided new wars and it’s perhaps his best accomplishment. One worth of a Nobel Peace Prize.

Biden is clearly the pick of the Democrat Socialist swamp, but he is not qualified to be president and it’s not only due to his age and his possible onset of dementia. It’s because he lacks the energy, the character, and the intelligence to carry out such a demanding job.

Joe should stay in his basement.