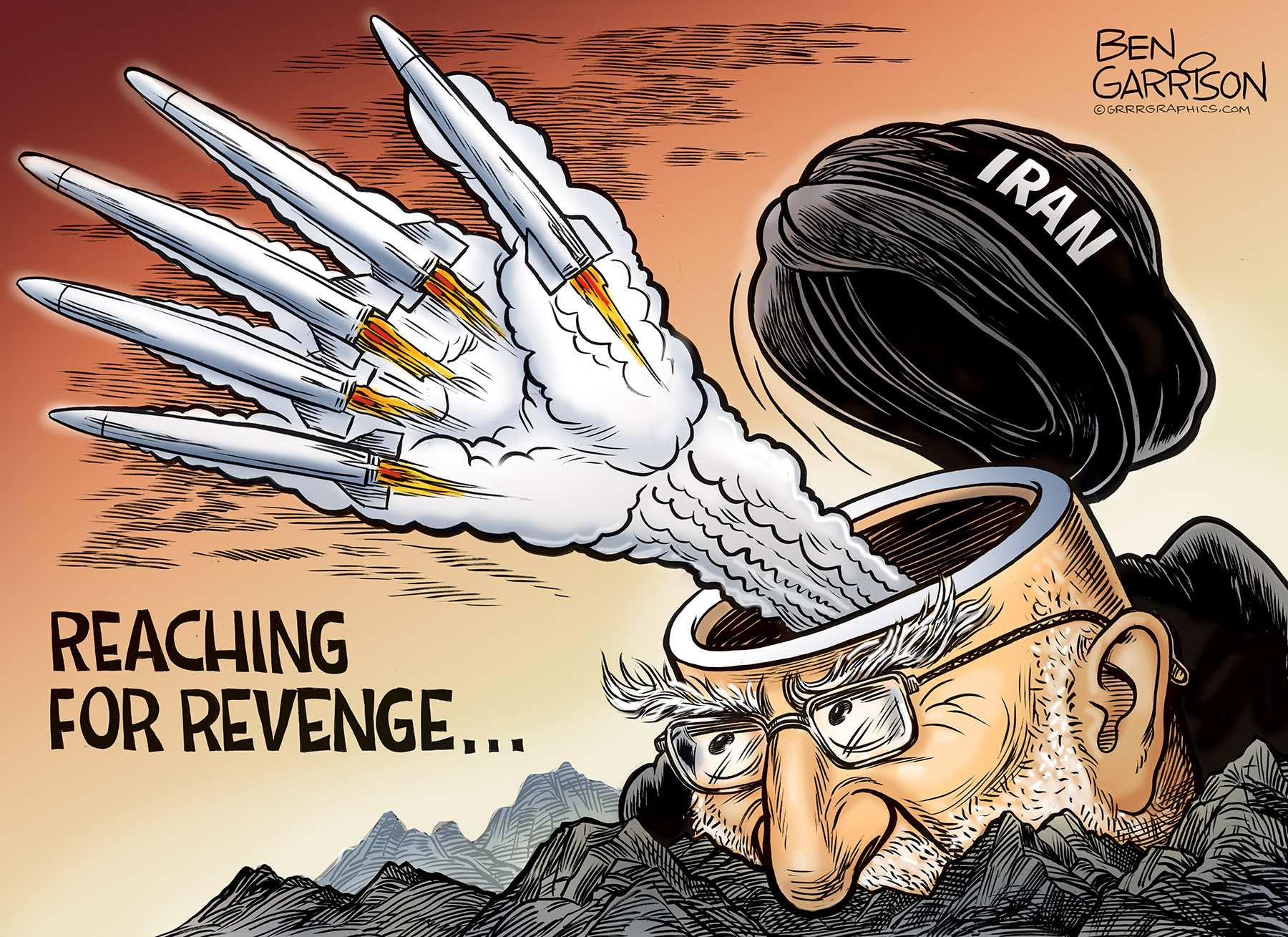 Iran Tries To Save Face

UPDATE:  Trump reassures America He is not starting war with Iran and de-escalates  as Iran stands down. Trump signals further sanctions and NATO engagement.

It’s difficult to draw a cartoon while events are rapidly changing, so this cartoon came to mind. As I penned this I learned a jet crashed outside of Tehran, killing a great many people.

Was it accidentally shot down or targeted intentionally by Iran?

Was Iran’s ballistic missile launch nothing more than saber rattling by Iran to save face?

UPDATE: Reports indicate Iranian officials informed the Iraqi government before the attack that they were launching missiles at US bases, and the Iraqis informed US officials to prepare for attack. Conclusion is this attack was meant for Tehran to save face.

Even through Iran is ruled by religious lunatics, they must have some sanity left, because they made it clear they do not a full-blown war with the United States. Let’s hope the president shows restraint and avoids a full war with the Persian nation. We would defeat Iran, but at the cost of many lives on both sides.

It’s time to stop the tit-for-tat game and get out of the Middle East entirely. Iraq wants us to go. We supposedly brought Democracy there, so let’s respect their vote and get out. That probably won’t happen. The neocon deep state swamp, the globalists, Saudi Arabia, Israel, and our military industrial complex want Iran taken out. Trump has done a good job of avoiding war with Iran and I’ve praised him for it. Iran is foolishly playing into their hands by escalating the situation. Did they overreach to save face?

We don’t need another never-ending war. Trump promised to get us out of the useless wars in the Middle East and Afghanistan. It’s time for him to deliver on his promise.