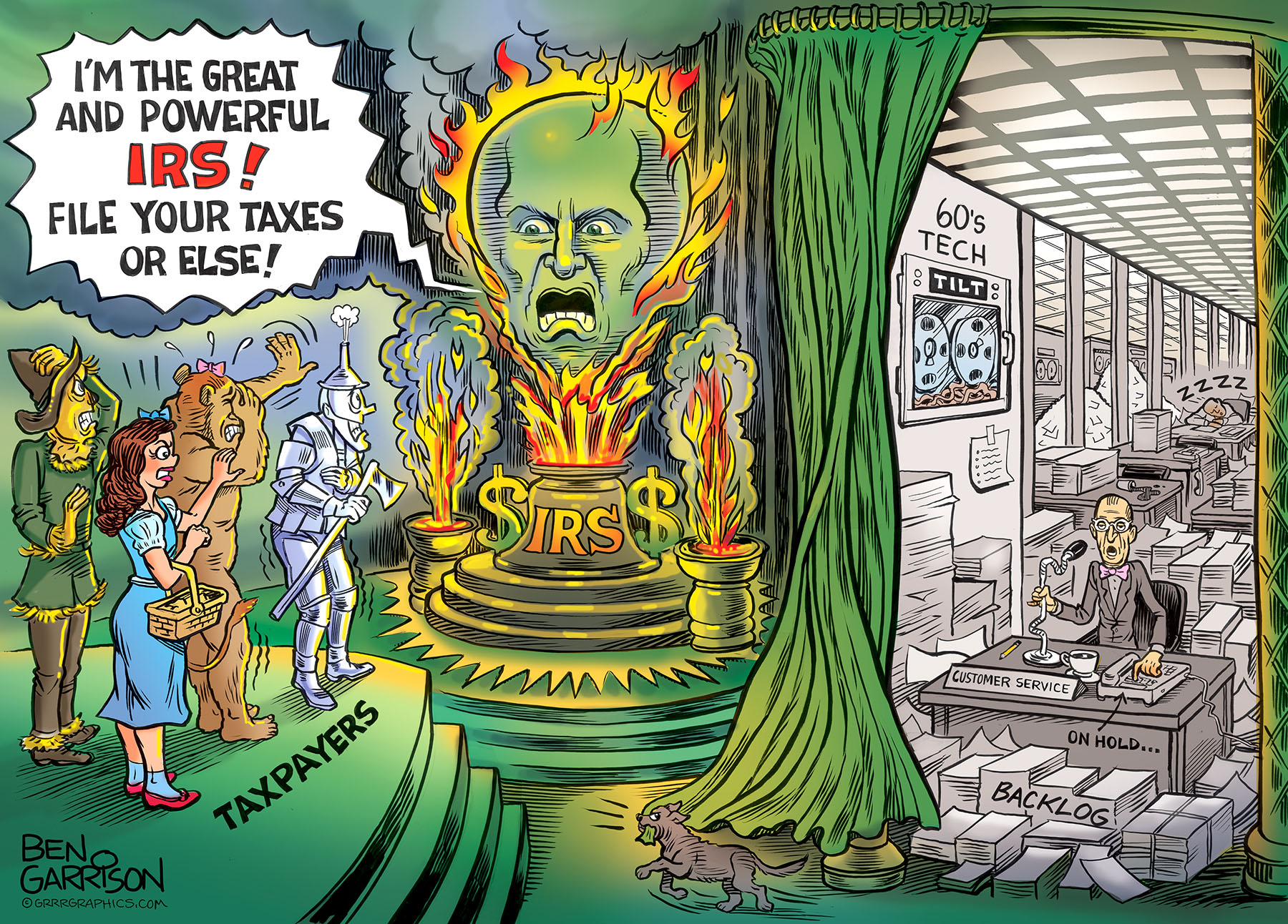 It has been said that when citizens fear government we have tyranny.

We definitely have tyranny.

It’s tax season once again, but it can also be called ‘fear season.’ The IRS relies on fear to get Americans to file and cough up large amounts of hard-earned money to them. Citizens fear heavy penalties with interest or even prison. That’s what keeps us filing, even though politicians smugly tell us that filing taxes is ‘voluntary.’ Those that don’t volunteer fear armed government thugs eventually showing up at their door.

No Spam! Just Great Cartoons and Great deals on Books and Prints! Sign up today for our Cartoon newsletter! Please click

Is this fear warranted? Not according to Peymon Mottahedeh who educates and assists Americans to live free from oppressive taxation and control. He started an organization that helps Americans learn the legal way not to file. He says our chances of getting audited are the same as getting hit by lighting. Why? Because not only does the IRS not have a legal footing that requires us to file, but also it’s awash in incompetence and has millions of backlogged paper filings that they cannot possibly analyze. Despite billions of tax dollars thrown at them, the IRS consistently fails to upgrade their computer systems. Like most government operations, it’s filled with corruption and incompetence.

If you’d like to learn how to safely refrain from filing and end the fear, visit Freedom Law School.