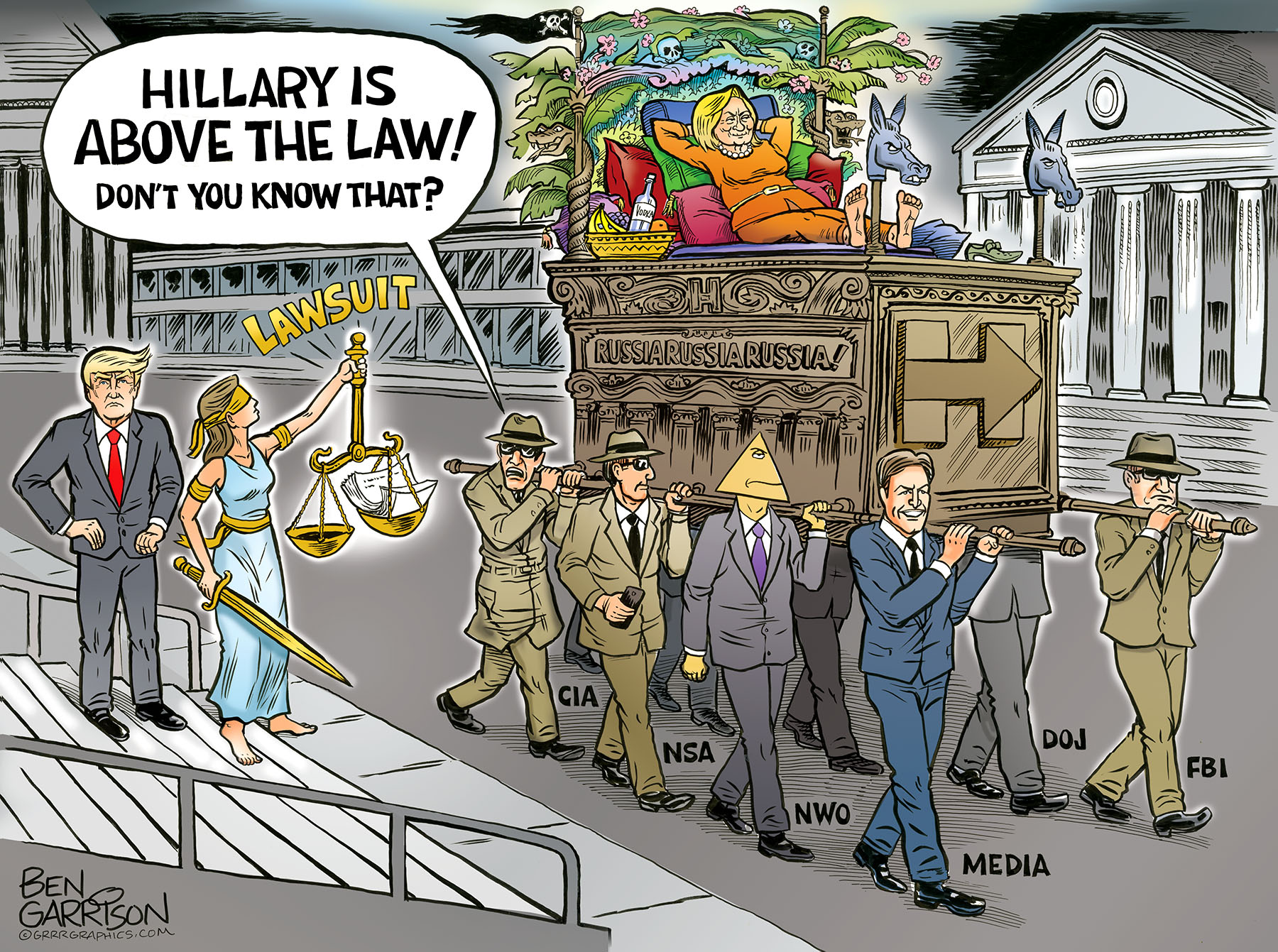 Judge Ryon McCabe in Trump vs. Clinton Case Recuses Himself

When I heard that President Trump was suing Hillary Clinton over her Russia conspiracy lies, I didn’t think he had much of a chance to win his case. After all, the Deep State Swamp has Hillary’s back. Trump was unable to completely drain the swamp during his term, but at least he proved that it existed. Most of our government institutions and security agencies have become politicized. They do the bidding of the Democrat party, which in turn is controlled by the central bankers. You know, the New World Order Joe Biden likes to promote.

Make A Difference- Join Ben on SUBSCRIBESTAR! DONATE MONTHLY TO KEEP CARTOONS ONLINE! 100% FUNDED BY YOU! CLICK TO VIEW

Hillary always gets away with her crimes. Sure, the Federal Election Commission just fined her 2016 campaign $8,000 and the Democrat National Committee just over $100,000 for funding the lie-packed Steele Dossier, which sparked the conspiracy theory that Trump worked for Putin. Hillary probably cackled when she got the slap on the wrist, but maybe the fine helps bolster Trump’s case. Mueller already proved Trump had no connection with Russia. It was all bunk—and expensive bunk. It cost US taxpayers over $40 million to investigate. Durham can perhaps further prove that Hillary’s invented conspiracy is worthy of a prison sentence. We cam dream about it, but reality says it won’t happen. Hillary already broke the law with her pay-for-play illegal server. Comey gave her a pass even though she illegally bleached subpoenaed contents. “She didn’t mean it,” is what the FBI Director essentially said. Hillary is part of the Deep State Swamp and they do not prosecute their own.

At the very least it would be great if Trump wins and receives a large settlement, but I think it remains unlikely. Hillary rests comfortably and smugly above the law. If Trump does win you can bet the corporate media will give it scant mention at best. After all, they covered up all of Biden’s and Obama’s scandals. The mainstream media always gives their beloved Hillary a pass.