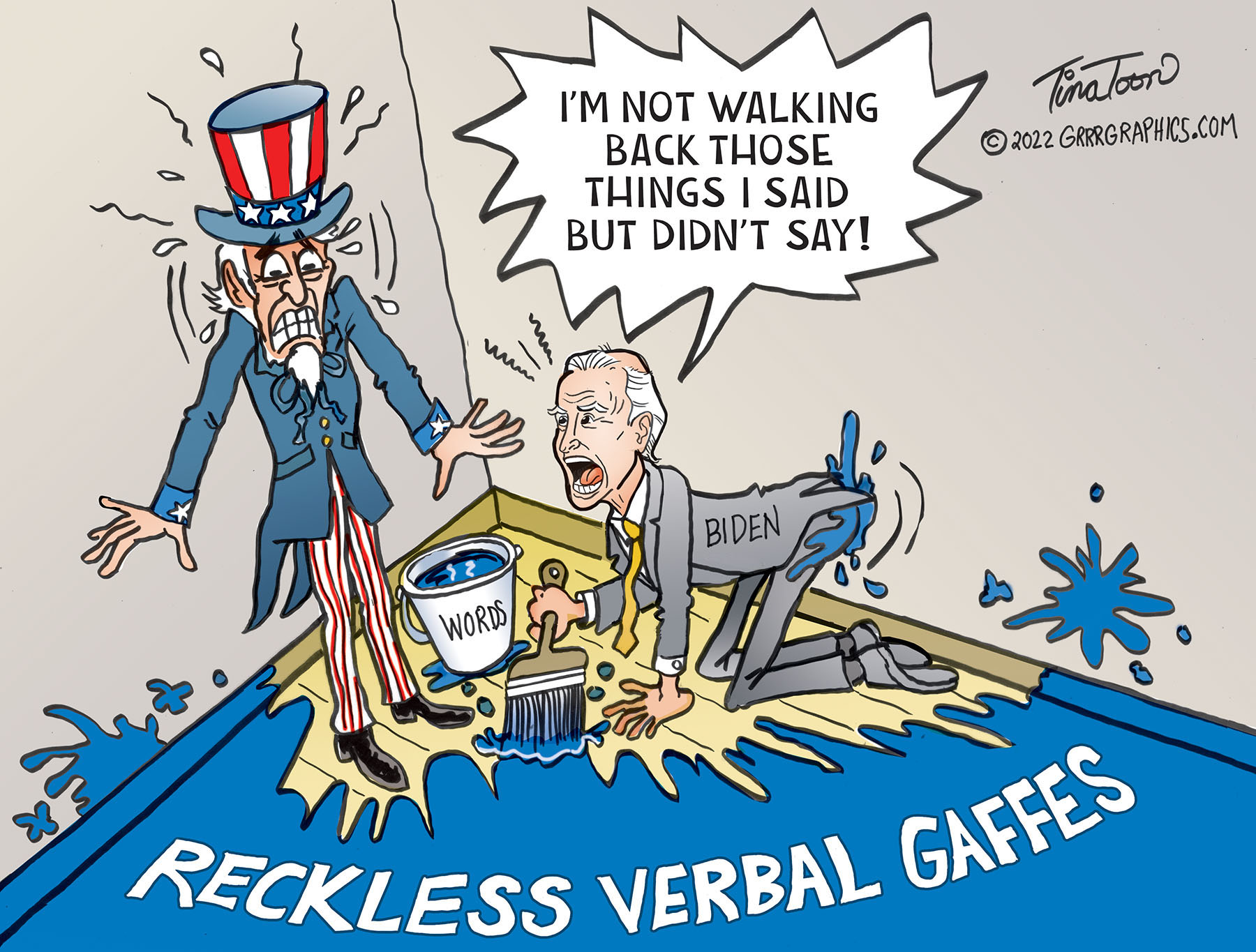 Anyone have some paint thinner?

When In Doubt Lie- If It Doesn’t Work, Lie Bigger!

The Biden handlers scrambled all day trying to cover up Biden’s latest verbal blunders during what was billed as a “major address” in Poland. Joe blurted out, “For God’s sake, this man [Putin] cannot remain in power.”The entire world quickly rebuked the “Liar in Chief.”  Grabbing mops and brooms, the White House tried to clean up the mess Joe left behind while claiming what Biden blurted out “was not on his teleprompter.”

MAKE A ONE TIME DONATION- KEEP CARTOONS ONLINE- WE ARE 100% FUNDED BY YOU! CLICK TO DONATE and Support Tina’s Work

Despite Sleepy Joe’s marked mental decline, he remains a shameless and pathological liar. When confronted with something that he thinks might make him look bad, his ‘lie and deny’ mode reflexively kicks in. He doesn’t care if his lies can be easily refuted. He thinks a forceful lie in the moment is what will stick. He thinks Americans will believe whatever he says because they’re stupid. After all, they voted Disaster Joe into office time and time again.

Biden doesn’t care if his lies don’t even make sense. Joe firmly stated, “Nobody believes I was talking about taking down Putin,” even though it’s obvious his regime change comments were obviously aimed at Putin. Dementia Joe can’t keep track of his own lies. Not even Biden knows what Biden means.

This would be a laughable matter if Pedo Joe wasn’t so close to the nuclear football.