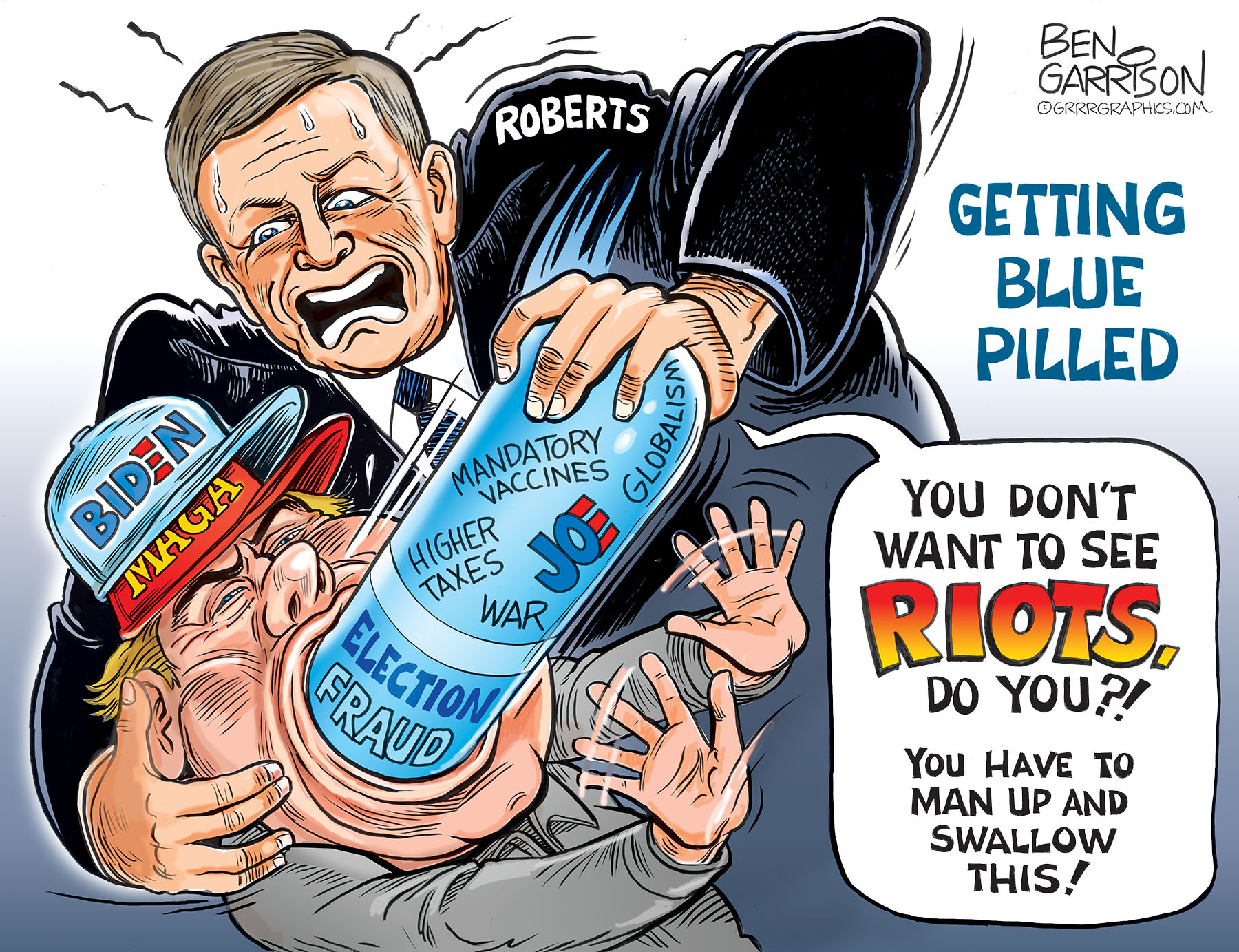 Chief Justice John Roberts prides himself on keeping his court non-political, but in doing so he has made it very political—and blue pilled.

The highest court in the land decided not to hear what is perhaps the most important case of our times: Millions of Americans have been disenfranchised due to blatant voter fraud. The evidence is stark and overwhelming, but the case was tossed. They said Texas had no standing. Trump has criticized the highest court in the land. If we can’t obtain justice in the face of blatant criminality, what are we supposed to do?

Supposedly there was yelling involved and Roberts’ expressed worry about rioting in the streets if the court took on the case. I’ve heard Roberts is either totally compromised (Epstein’s Island?) or that he simply has an advanced case of Trump Derangement Syndrome. Roberts’ decision was based not on the Constitution, logic, reason, or legal precedent, but rather on ‘fear.’ That’s hard to swallow, but so is the blue pill he’s forcing down our country’s throat.

If SCOTUS did hear the case, it would go in Trump’s favor because the fraud is overwhelming. Instead, it essentially endorsed the Democrat Party and cheating in elections. Roberts and his court do the bidding of the New World Order. The Swamp has standing—not millions of voters.

Make no mistake, the cheating will become permanent once Biden captures the White House. His administration will be the Blue Pill by force. The Red Pill will be smeared as ’terrorism’ and outlawed.

One Of Our Favorites! Your Guide To The Swamp- Now A Limited Edition Print at a Special Christmas Price 50% off! Order your signed poster sized Print Today Click Now! 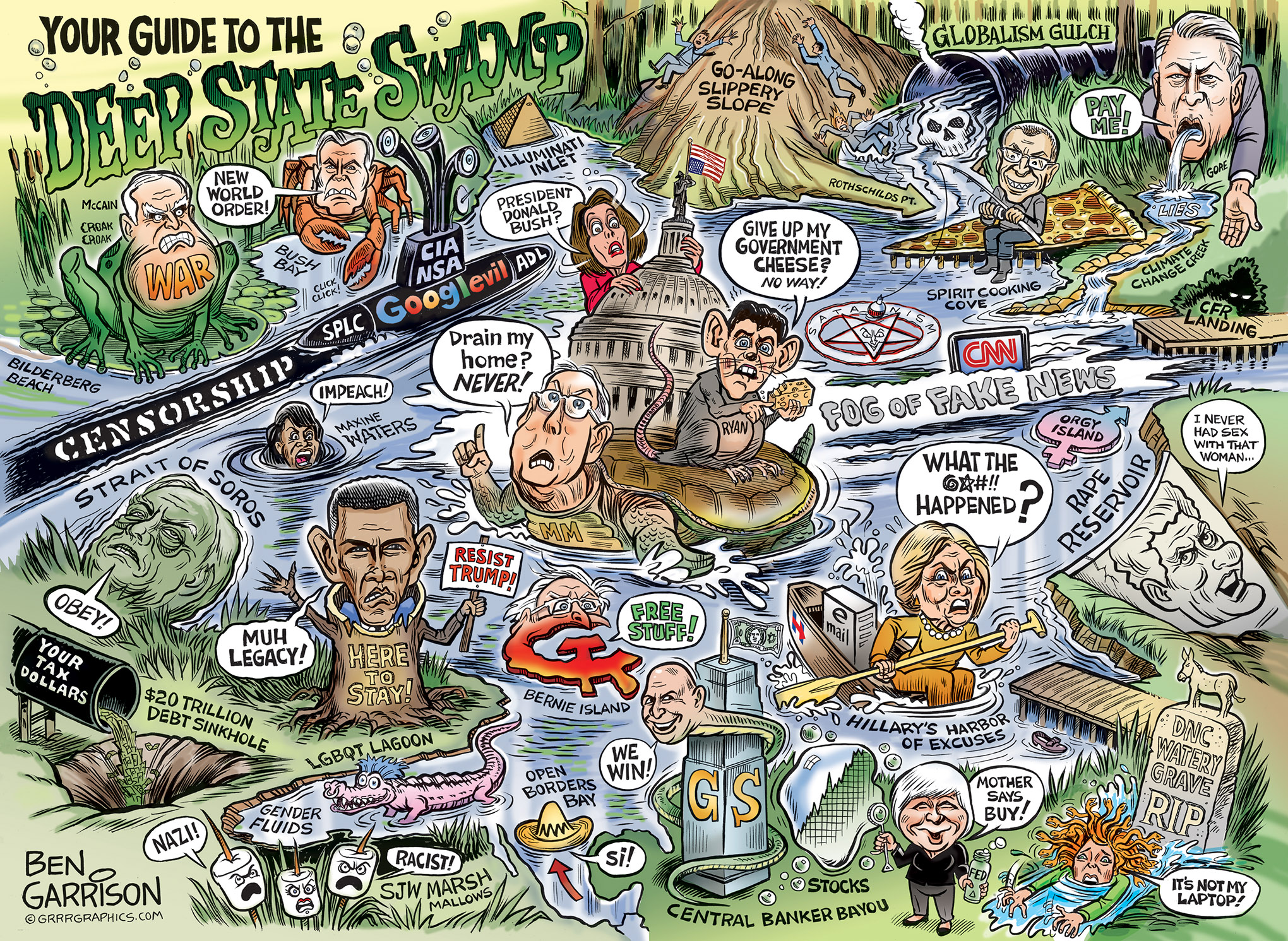