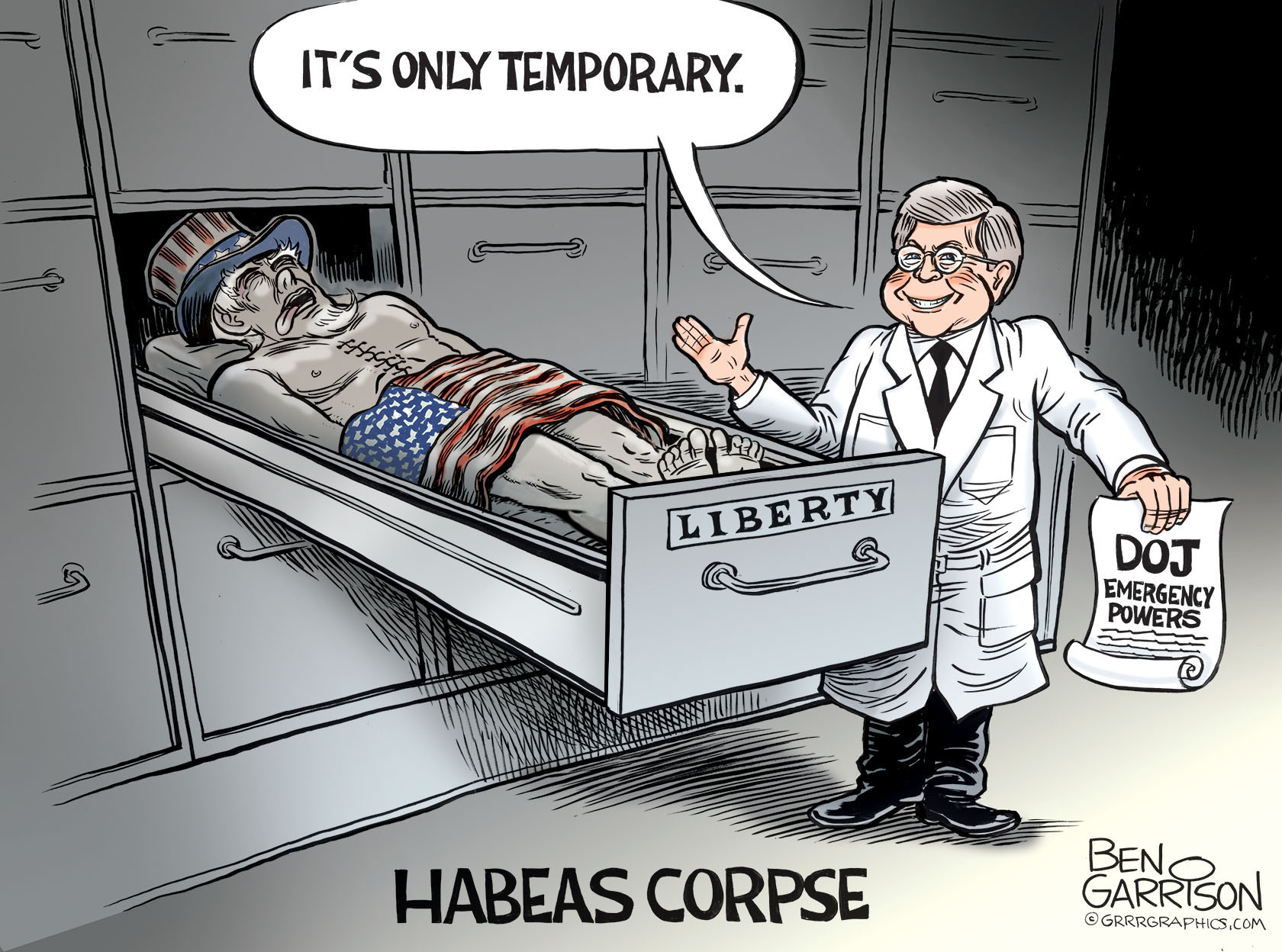 Los Angeles Mayor Eric Garcetti threatened “non-essential” businesses that if they do not obey the city’s “stay at home” order to close during the COVID-19 crisis, he will cut off their water and their electricity.

Nevada’s Democrat Gov. Steve Sisolak signs order Tuesday outlawing the use of antimalarial drugs for sufferers of the coronavirus.

Big government just passed a 2 trillion dollar stimulus bill filled with socialist pork. The news channels relentlessly beat out a daily drumbeat of fear. The Federal Reserve continues to flip switches and pump $75 billion per day into the financial markets.

All over a flu virus.

Yes, the coronavirus–and that’s what all flu viruses are–is a virulent strain, but we’ve had bad flu waves hit before and we didn’t quarantine the world and shut down economies. In 2009, the H1N1 or ’swine flu’ virus killed many thousands—up to 500,000 worldwide according to one CDC number, but it’s all vague. It killed many thousands of Americans too, but Obama did nothing and there was no mass fear and quarantines. Do a search on flu deaths for any year and page after page of CDC gobbledygook comes up. They certainly don’t make it easy to find the numbers. They control the data and that in and of itself is dangerous because the CDC is a corrupt agency and a revolving door for Big Pharma.

The eugenicist Bill Gates and his associates held a conference that involved studying the outcomes of a mass viral infection. The Deep State swamp has been preparing for this for a while, and now they’re making full use of the crisis. It sure seems planned to me, and now the Illuminati get to ram socialism and their climate change bunk down our throats while accustoming us to martial law as their mass media constantly spews fear. Merely questioning the official health ‘authorities’ can result in censorship.

Big government always takes advantage of fear to strip us of liberty. FDR said we had nothing to fear but fear itself, but he used fear of huge fines and prison sentences to get Americans turn in their gold. He paid them in dollars, sure, but then he devalued those dollars.

During WWII, big government got businesses to pay quarterly taxes to raise war funds more quickly. It was supposed to be temporary, but naturally it became permanent. Big government brought us the Orwellian ‘Patriot Act’ after 9-11. They use fear and our own patriotism against us. Now the Department of Justice has suggested a temporary suspension of habeas corpus in order to lock up mass amounts of people without the bother of having to follow the Constitution. Yes, this is the same DOJ led by an attorney general who has not indicted or arrested any of the Deep State Swamp criminals.

The problem with government power grabs during any crisis is they seldom relinquish such power later on. Government only grows—it never contracts.  Even Trump is going along with the farce. Some say the virus hysteria was done on purpose so our president and military can remove the entrenched satanists and pedophiles at the top of the pyramid, but that strikes me as mere wishful thinking. Instead it’s all about controlling the citizen cattle still further. They always say it’s a ‘war’ on this or that.

In reality, it always ends up being a war against We the People and this one will only result in the further destruction of our Republic.