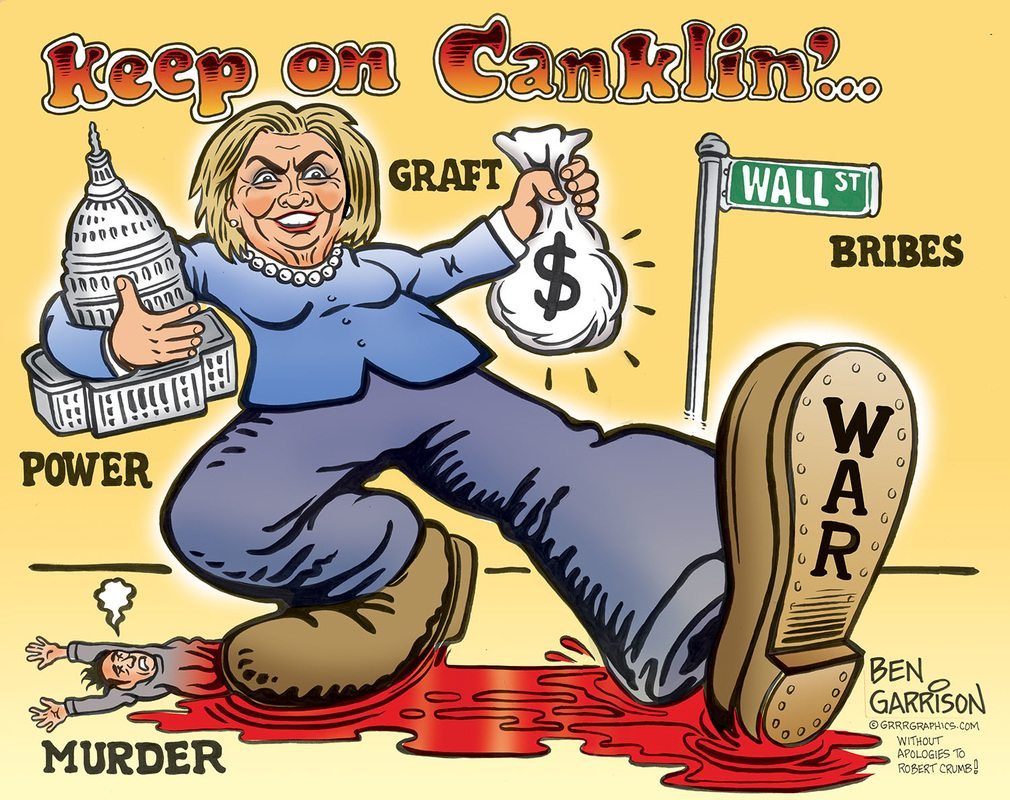 We now live in a country with a government that is no longer responsible to ‘We The People.’ It is now owned by globalist oligarchs. They no longer care if we know. It’s ‘in our face.’

Hillary Clinton is their candidate. Her corruption is grandiose in scale and now openly on display. She is above the law. They don’t even care if we know that. In fact, they want us to know. They want us to know that we are powerless.

It’s time for all good citizens of this country—citizens who want to adhere to our Constitution—to resist those who have stolen our country from us. Some have realized this and have abandoned the country. Robert Crumb is one of them. Instead of staying here and drawing cartoons along the lines of George Carlin, the old man instead fled to some chateau in France. He has transpired into the realm of irrelevancy.  God speed, Mr. Crumb.    C’est la vie.