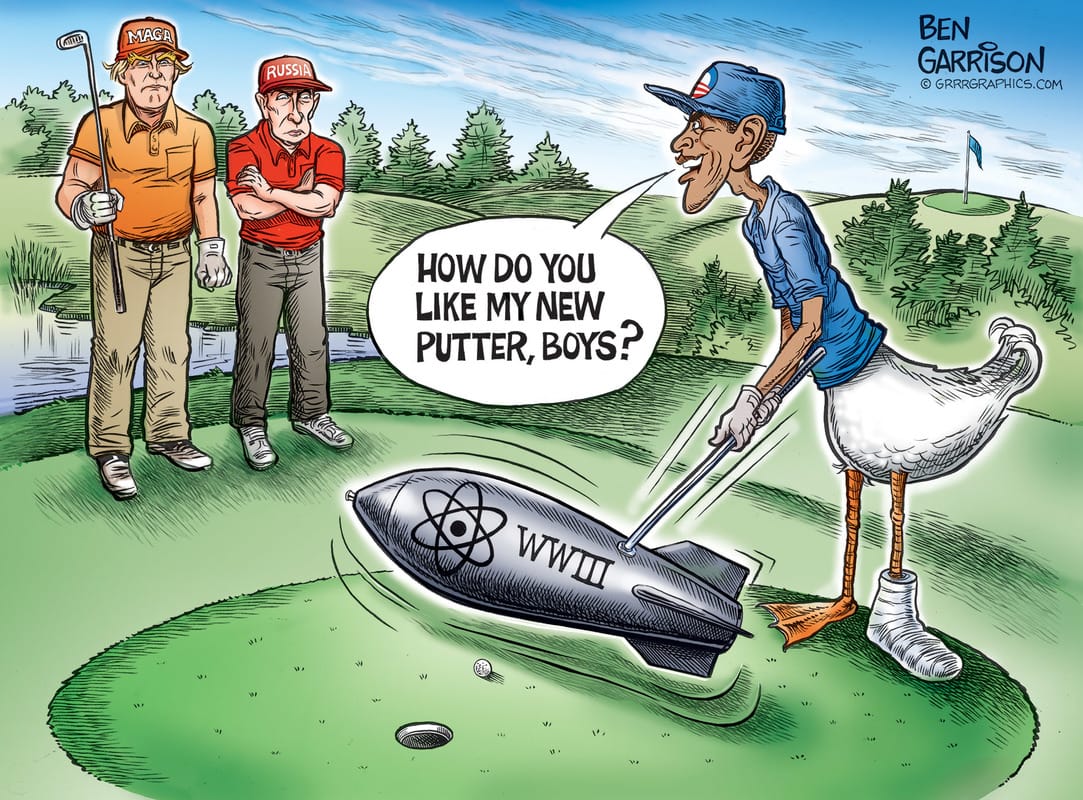 Obama seems determined to restart the Cold War (or worse) in order to protect his lie that the Russians were responsible for Hillary’s loss. Wrong. Hillary was responsible. She is the one who set up an illegal server in the first place. Her drunken rage on election night only underscored her mean-spirited temperament. Being female wasn’t enough. Hillary also needed character and she repeatedly showed she had none. She was the very face of status quo corruption. She habitually lied while grubbing for money and power. People were fed up with her. Her mainstream media spewed constant lies about Trump, but their bias was too obvious. People tuned them out.
Hillary, Obama and their fake media propaganda arm known as the mainstream media concocted a whopper in order to preserve their credibility. Without any evidence, they insisted that the Russians were to blame. Obama is now attempting to force reality to jump to that false tune. He’s playing a dangerous game. We don’t need a reckless lame duck president triggering a war. Obama is dangerous narcissist and globalist puppet who cannot be shown the exit door soon enough.
Ben Garrison