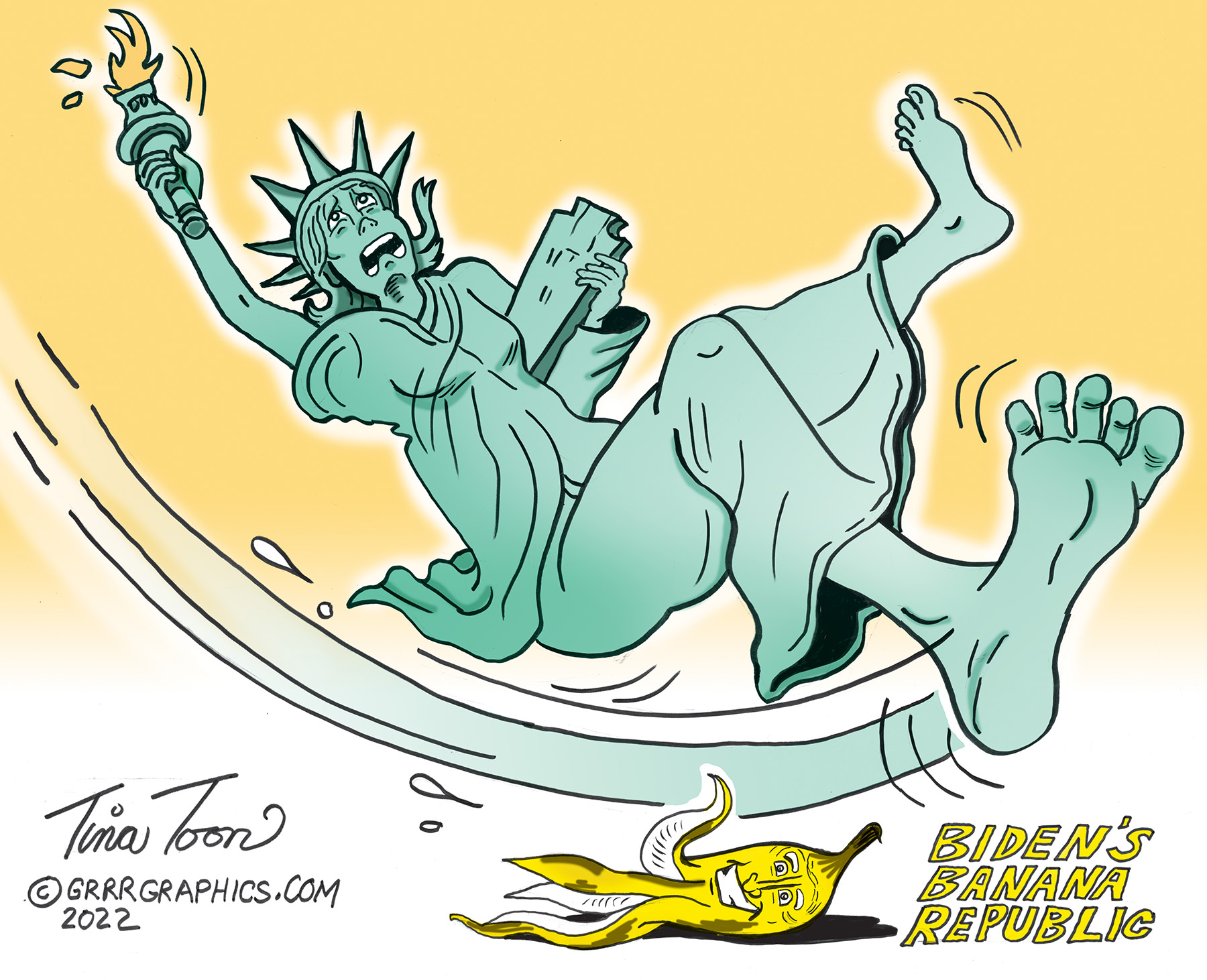 It has become obvious that our country is in decline and has turned into a third world “banana republic.” From Biden’s recent “Red Speech” to the raid on a former president’s home, America is being destroyed on purpose. The decline is accelerating and what was an energy independent country with 2% inflation has become no better than a dictatorship in South America.

Our freedoms and liberties are under assault by an illegitimate government that rigged the elections and installed a depends wearing, demented puppet as the figurehead of the third term of the Obama regime. Yes, it is all controlled by Obama, (who is controlled by the WEF, the Deep State and the central banks.) Why else would John Podesta be installed into the Biden administration?

The silver lining is that people ARE waking up. A new poll just out shows that a large majority of the people think that the dummkopf Joe’s red speech was an incitement to violence against the MAGA republicans.  His angry Hitler like speech backfired spectacularly just like the FBI’s raid on Mar-A-Lago did.

Biden also tried to buy votes with his ill-thought out college debt forgiveness plan that failed miserably. People either thought it was unfair to pay for someone’s useless college degree or that it was too little of an amount. Biden’s bribe was a lose lose proposition.

We are awake and staring at the precipice. The WEF globalist future is not looking good and people demand something else.

The Green Cult is currently crumbling as people do not want to eat parasite carrying insects for dinner. They don’t want to drive electric cars that need a battery replacement that would cost more than the car.

Under the Biden Banana Republic we have:

There is much more to this list but you get the picture. And with this, the uni-party, globalist communists have been exposed, both Democrats and Republicans. We see you, the mask has fallen.

And it’s time to remove the tyrants and traitors and hold them accountable. Become involved and spread the word. Become a poll watcher! Do what you can! Vote America first!

Another Tina Toon Original art available for patriots and realists worldwide! Click and order this one of a kind artwork today