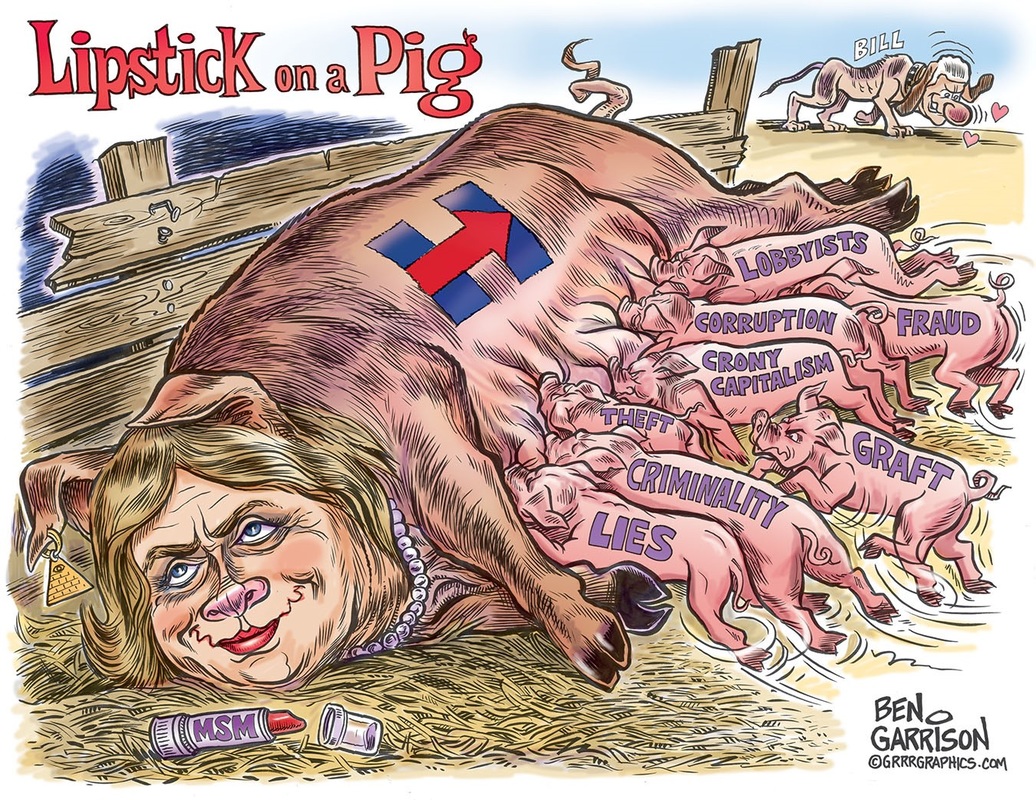 What the HELL is wrong with you? Why are you supporting this creature? Do you realize the Clintons have peddled influence? They received enormous compensation for merely speaking—money they laundered via the Clinton Foundation? Do you remember when the Clintons stole furniture and souvenirs from the White House? Didn’t you see the voter fraud in Iowa? What about the suspicious deaths that surround the Clintons including Vince Foster? Don’t you remember Travelgate, her mysterious and extremely improbable fortune she made from a cattle futures bet? What about Whitewater? What about her sending goons to intimidate Bill’s sexual harassment victims. What about her defense of Bill even though he has raped women? Remember how the Clintons used the IRS to go after their enemies? Their sale of high-tech weapon secrets to China? Her lack of accomplishments in the Senate? Her egregious violation of campaign finance laws? What about her lies about being ‘poor’ and coming under sniper fire? Don’t you remember Benghazi? People died because of Hillary and she didn’t give a damn. “What difference at this point does it make,” is what she callously gruffed.

Do you really believe this creature? Finally, what about her violating national security by sending out thousands of illegal emails—many of which contained top-secret info?

Now you want the hillbillly grifting criminal Clintons back in White House? Really? Beware of getting what you want. Her corruption and criminality will breed even more of it. Except these pigs won’t go to the slaughter. YOU will.
Ben Garrison
​