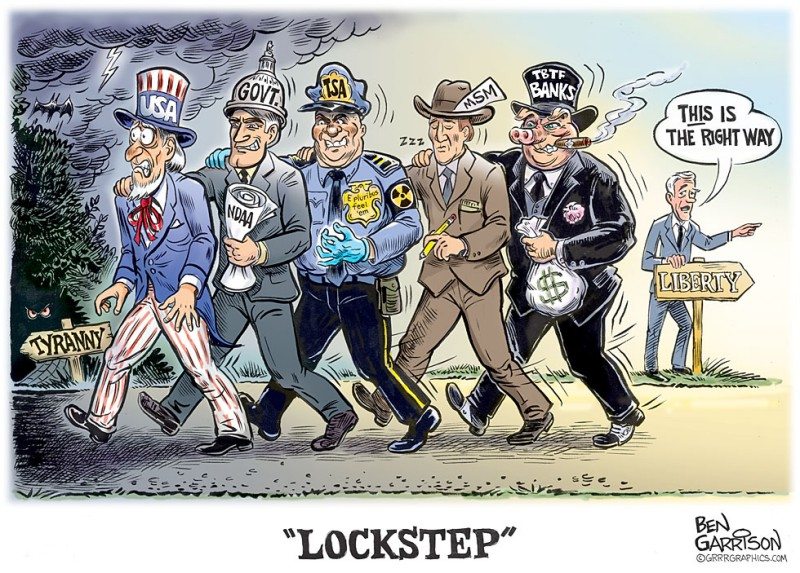 Romney has won in Florida and it seems to me the country is marching lockstep toward a bad end. The voice of sanity, Ron Paul, is largely ignored while the one with the most money has all the momentum. Romney raided and destroyed businesses like a pirate to win his fortune and he’ll capture and destroy America to enlarge the booty for himself and his pirate cronies. Romney is a terrible choice, but many Americans will vote for him as the ‘lesser of two evils.’ If anyone else other than Ron Paul is nominated, I’m done. I refuse to vote for evil.
As long as people see ‘government’ as the answer to all problems, it will continue to spend and grow. As it grows more powerful it inevitably demands more control and oversight into every aspect of the lives of ‘its’ citizens. We are becoming cattle to them. Everything we do is monitored. We’ll probably end up ‘chipped’ and tracked–similar to cows wearing tags on their ears. The march toward increased statism is a march toward darkness. It is no longer a Democrat vs. Republican issue. Both parties are run by fabulously rich and powerful crony elites and both parties will continue to erode our liberties in the name of economic necessity or the ‘war’ on terrorism. The government is run by criminals who are changing laws to make their injustices legitimate.
It’s only fitting that our ship of state could be led by a man who is a pirate.