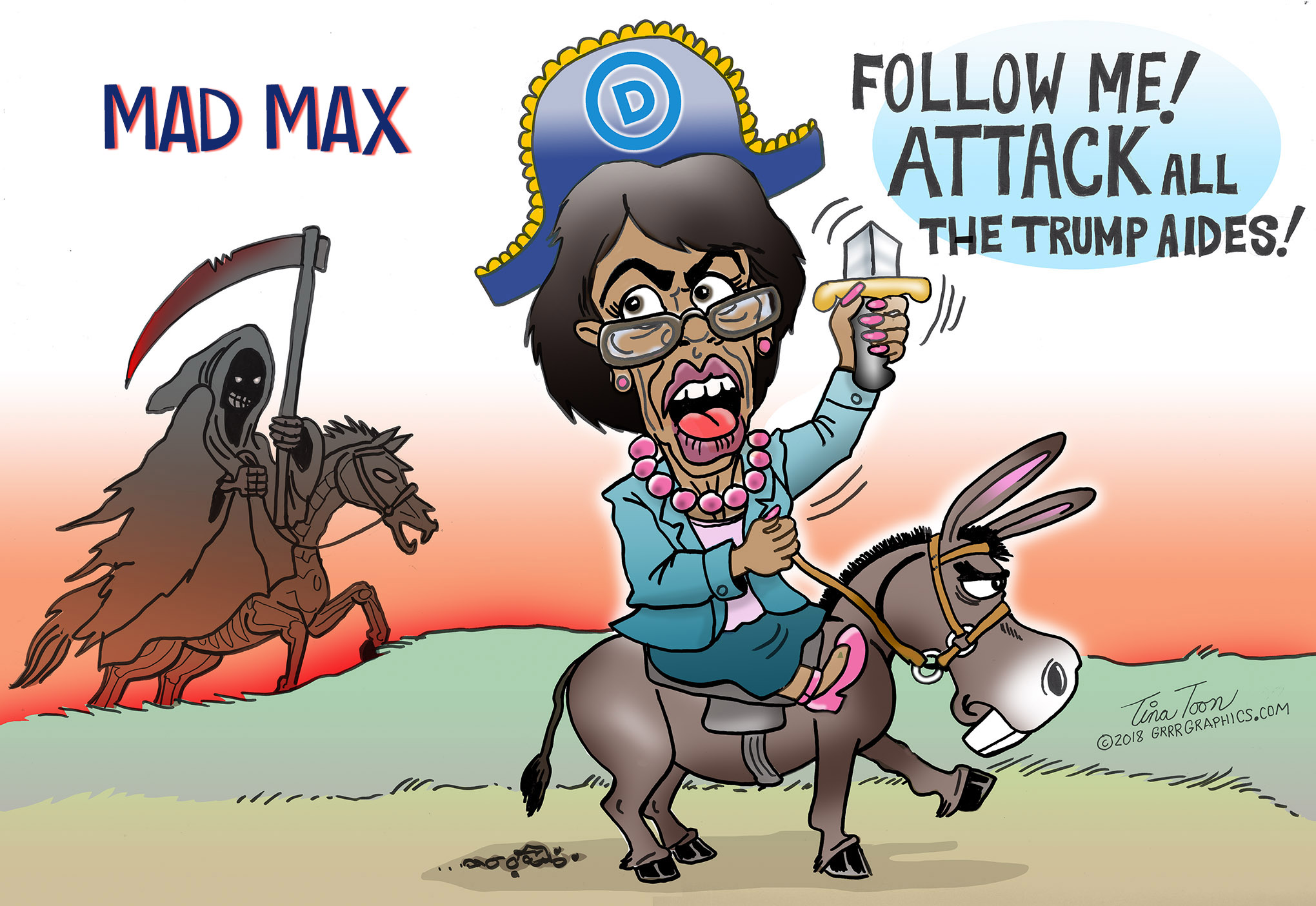 Waters called for the harassment of Trump aides in all public places, shouting

“If you see anybody from that Cabinet in a restaurant, in a department store, at a gasoline station, you get out and you create a crowd and you push back on them! And you tell them that they are not welcome, anymore, anywhere.”

Mad Max has been a corrupt Congresswoman from California for the last 28 years and was named the most corrupt member of Congress 4 times by Congressional watchdogs.

Judicial Watch has filed a House Ethics Complaint against Waters for inciting violence against Trump Officials. 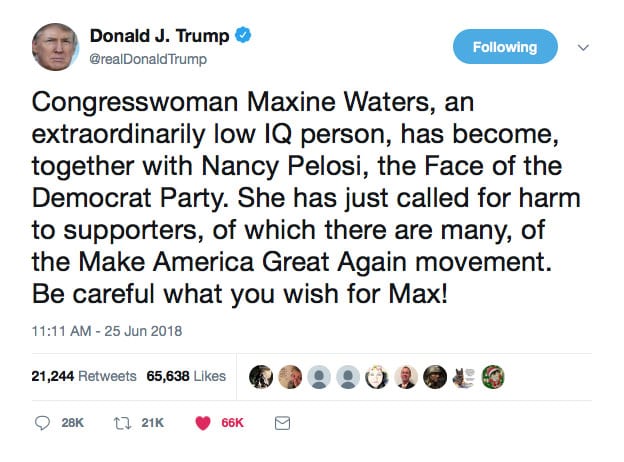 We are watching the Democrat Party commit Hari-Kiri on the blade of Resistance.

MAD Max doubles down! Holds presser and refuses to back down from her violent threats to Trump Supporters.

Mad Max is the face of the unhinged Democrat Party.

Send Mad Max back to the Mental Ward! Support our cartoons on Patreon!