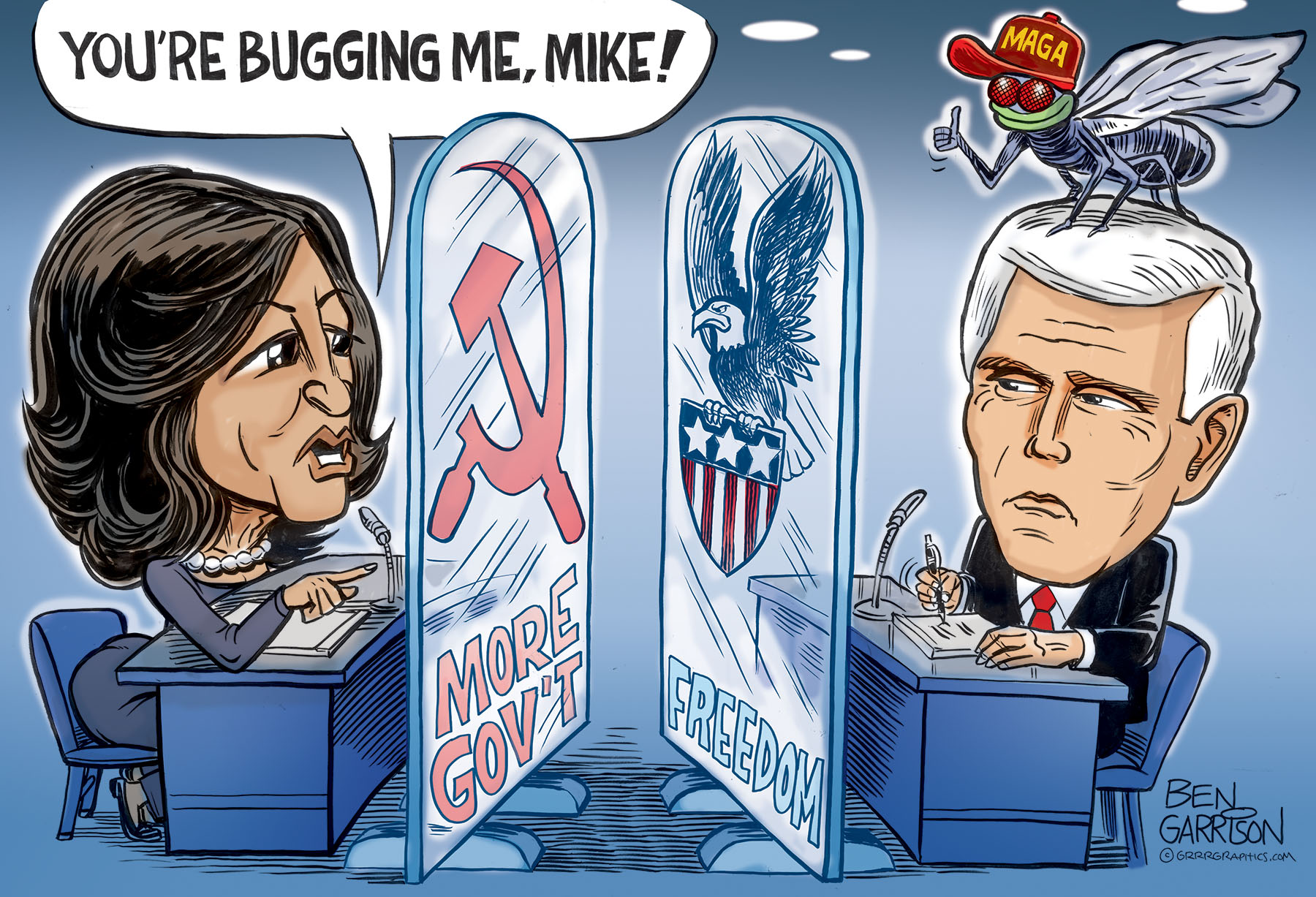 The contest between the Vice President and Kamala was predictable and sedate compared to President Trump’s debate with Joe Biden. Pence is a good speaker and he easily held the nasally Harris at bay. Then a fly appeared on top of Mike’s white hair and stayed there for nearly 2 minutes. I thought it was unusual because it didn’t move. Then the fly suddenly disappeared.

The leftist media got a big hoot out of the fly and wondered if Pence even knew it was there. I wondered myself. Usually a fly can be heard and spotted with peripheral vision. It could be felt too, but perhaps Pence’s  hair prevented that.

So I helped out the Vice President here and made the fly into something more positive. A fly with a MAGA hat would surely bug Kamala. 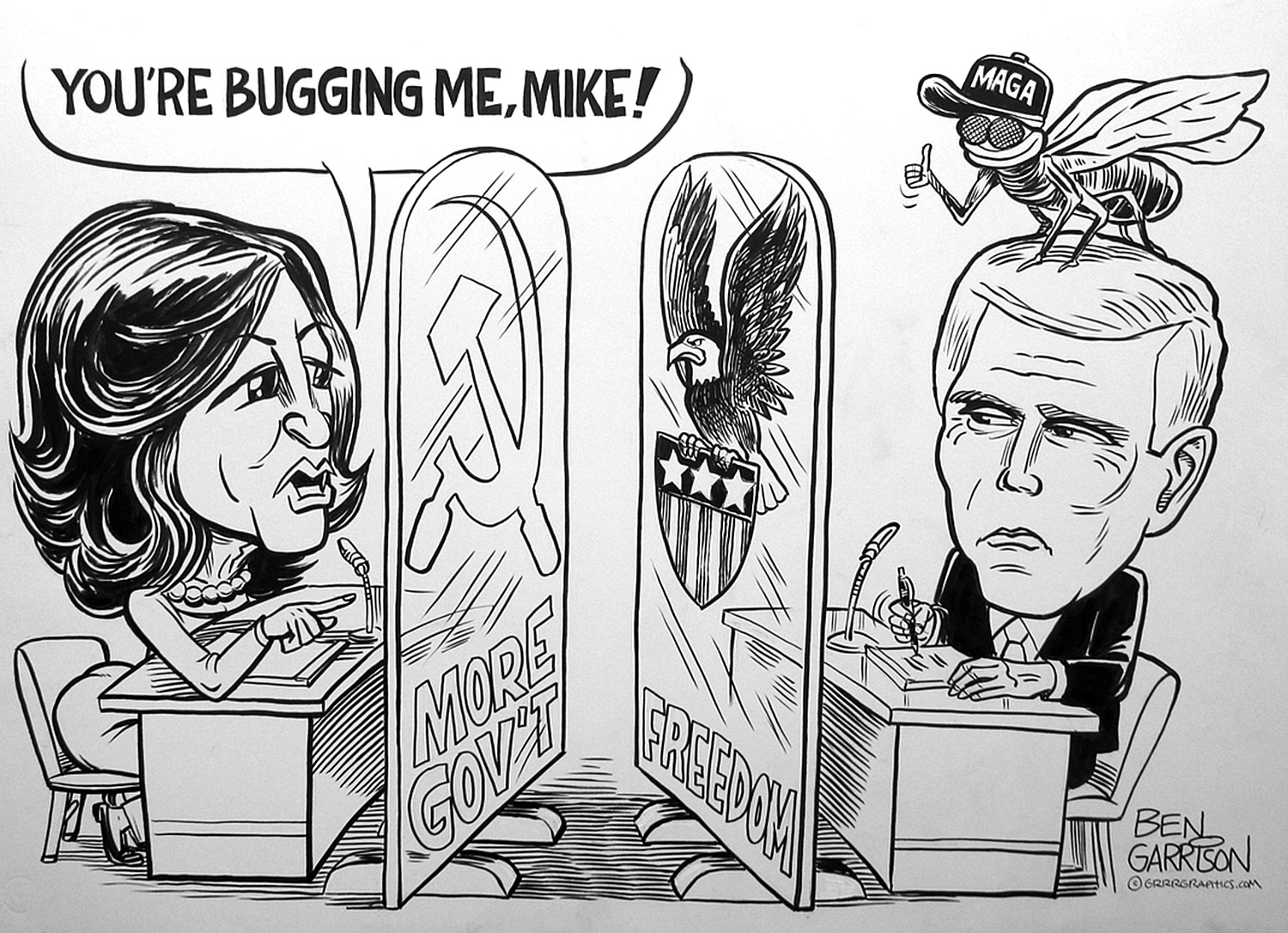