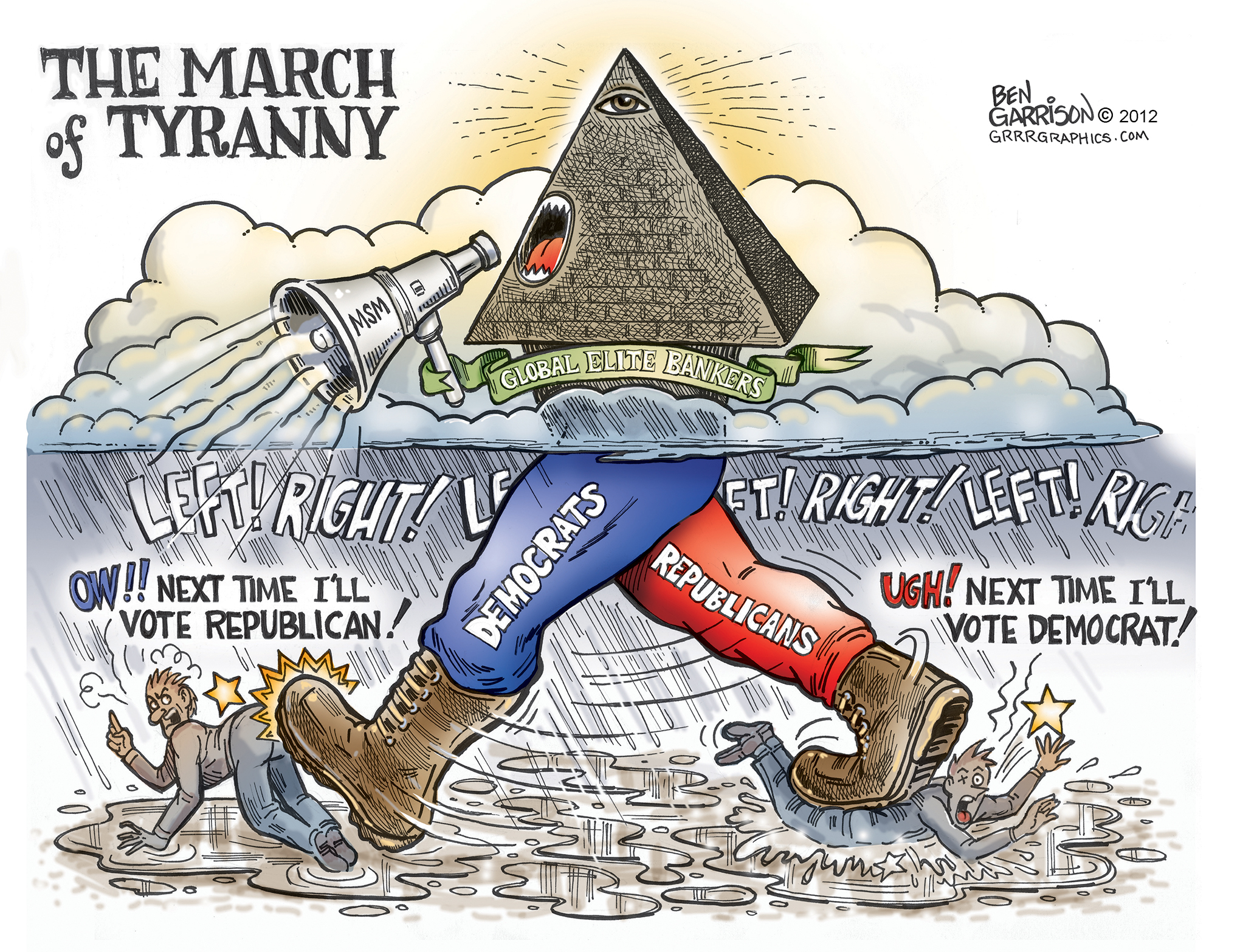 Here’s one of my early cartoons that went viral…the “March of Tyranny.”

Picking between Left vs Right, Democrat vs Republican is often a mere illusion of choice.

In fact, we have a uni-party cabal in Washington. Most of the Democrats and the Republicans living large and in-charge are part of the globalist ideology and establishment.

Whether donkey or elephant, both sides are beholden to their banking and corporate masters. Mere platitudes and lip service are given to ‘we the people’. Commoners like you and I are seen as pawns in the big globalist game.

Look no further than Rino Ryan for a case study in special interest control. He fakes conservatism when convenient for political points, yet fails time and again to back up American citizens.

A Rendezvous With History