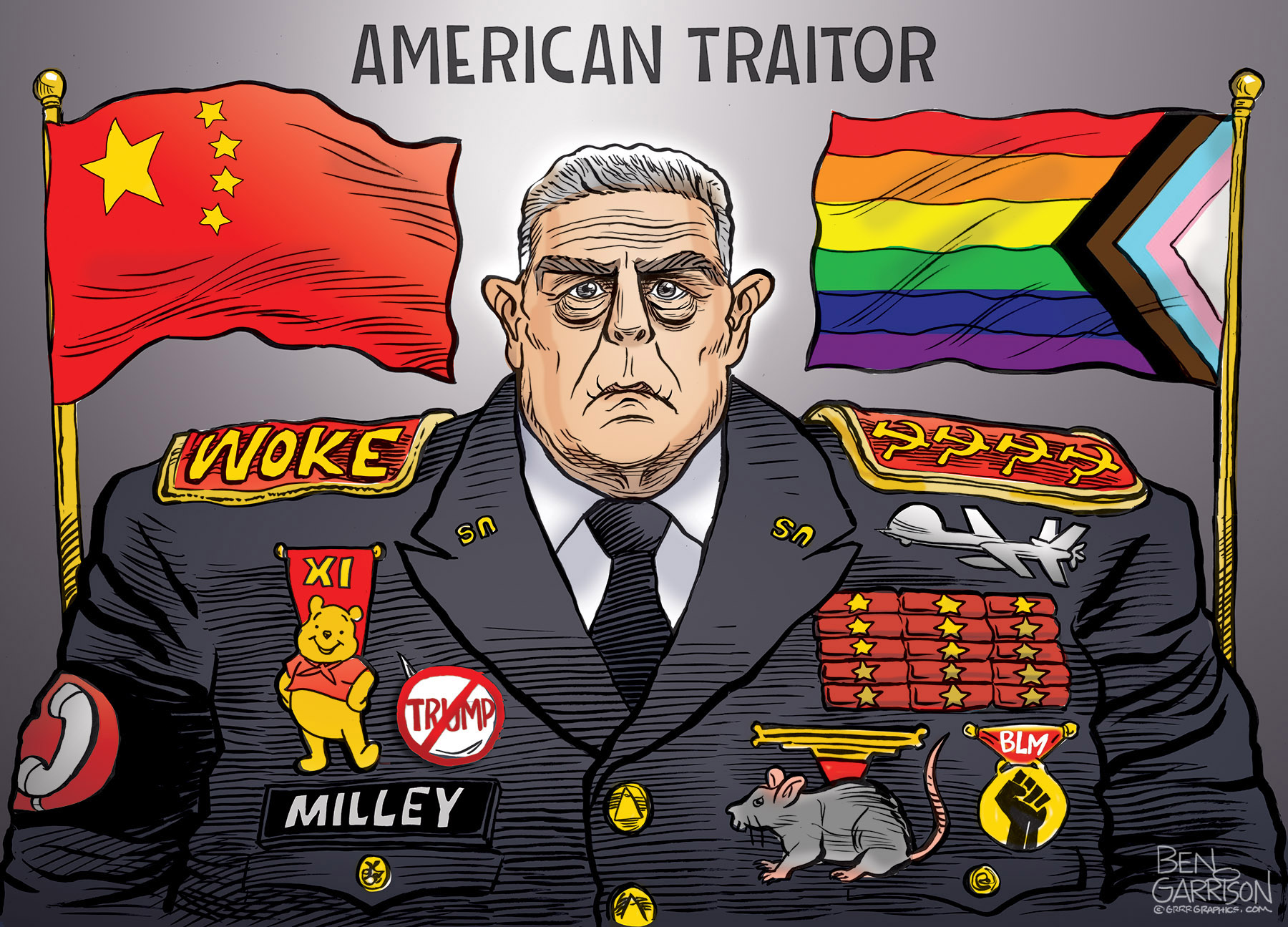 General Milley has been outed by journalists Bob Woodward and Robert Costa as the leader of the military coup against President Trump. Milley called his counter part in China and told the CCP that he would warn them if the US was going to attack.

That is treason in my book.

Funny how this is happening after Biden’s disastrous Afghanistan withdrawal. Is Milley just another distraction from Afghanistan and the Arizona audit?  Is the Deep State going after Milley to protect Joe Biden? Both CNN and The Washington Post released stories attacking Milley as a Military Industrial Complex bad actor,  we already knew that about the “woke” general.

Even the disgraced Lt. Col. Vindman piled on with this tweet: 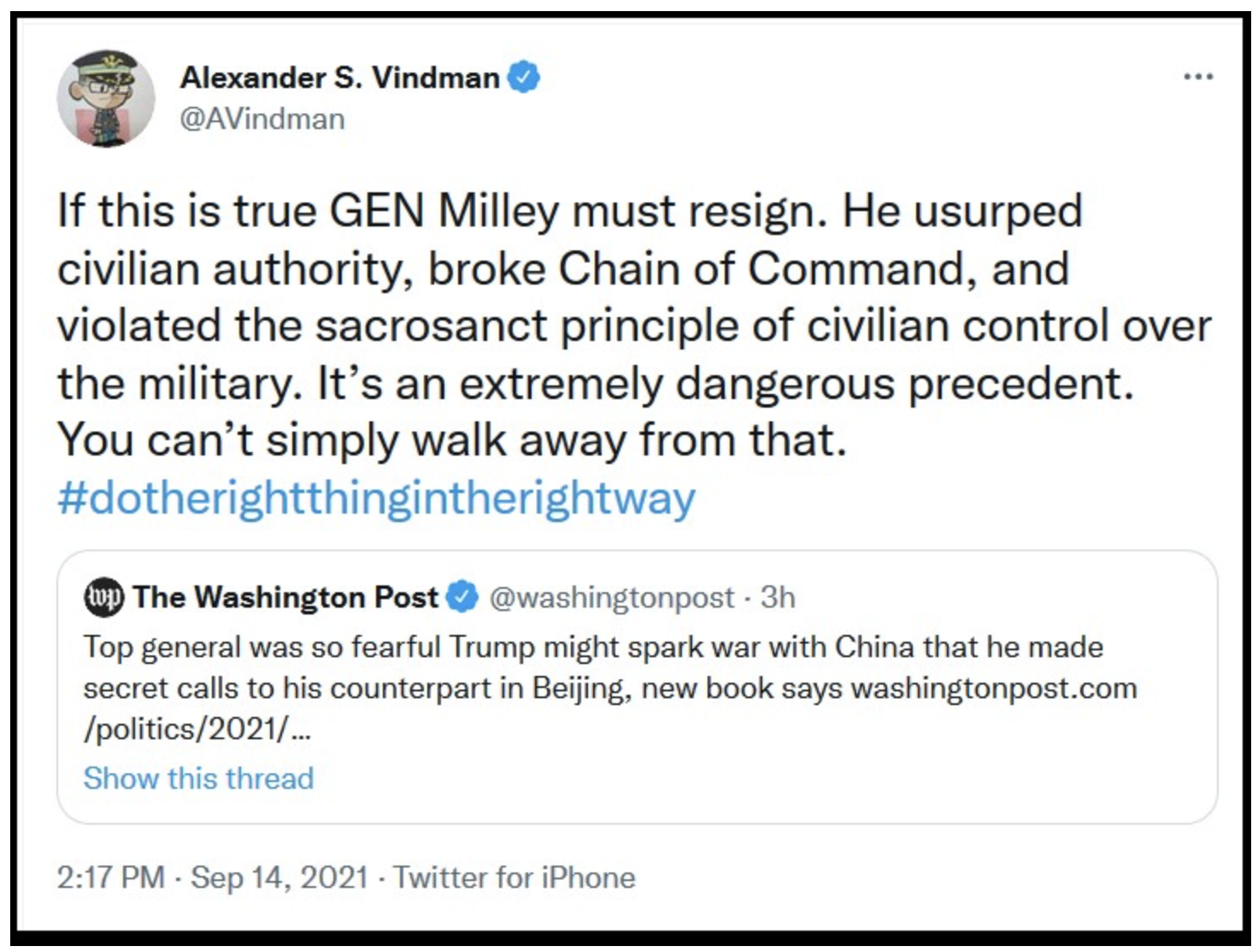 You can’t make this up.

General Milley is an example of what chaos ensues when your General is more concerned about “white rage” and trans gender flags flown over our embassies instead of being focused on winning wars.

General Milley should resign and be tried before a military tribunal at the very least.

UPDATE: President Trump just weighed in on the Milley story

“If the story of “Dumbass” General Mark Milley is true, then I assume he would be tried for TREASON because had interactions with his Chinese counterpart behind the President’s back. The general told the communists in China that he would notify them “of an attack.”

If true (and so far Milley has not denied it), action should be taken immediately against the general.