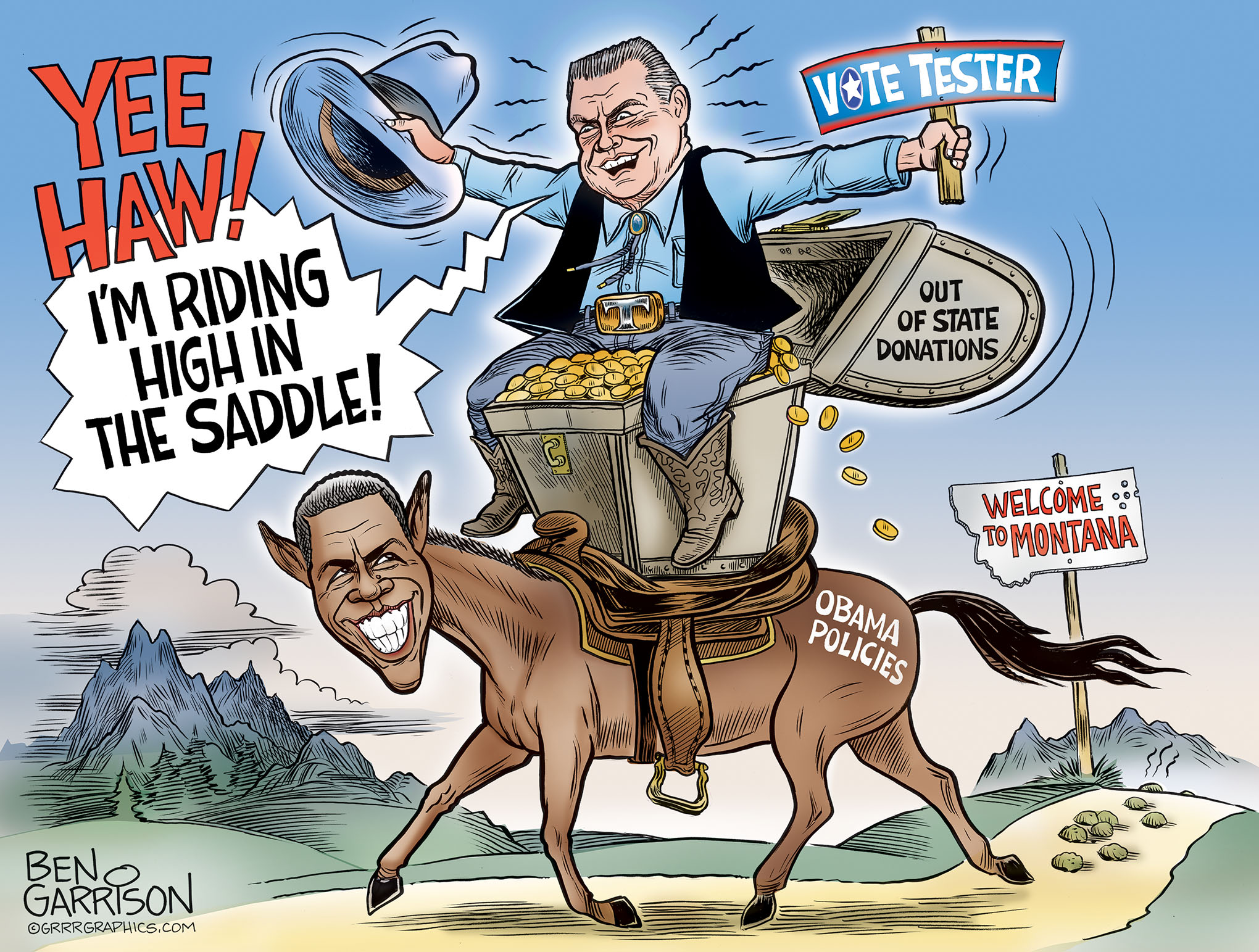 Jon Tester is a Democrat in a red state—Montana.

He sports a conservative haircut and claims a long line of Montana farmers as his heritage. Perhaps that helped him get elected He paints his opponent, Matt Rosendale, as a millionaire outsider from Maryland, but Tester (also a millionaire) is the one who received help from outside money. He has already spent a whopping $10 million on his Senate reelection campaign and has plenty more.

Ahead of Trump’s visit to Montana earlier this summer, Tester took out many full page, folksy newspaper ads welcoming the president. “Two-faced Tester” pretended he was part of the “Make America Great Again” movement. However, when Trump got to Great Falls he said, “I see Jon Tester saying nice things about me, but he never votes for me.”

Tester voted against Trump’s tax cut bill. He opposed many of Trump’s nominations to public offices including Ronny L. Jackson to lead the Department of Veterans Affairs earlier this year. He said things about Jackson that was not true. He also voted for Obama Care and opposed its repeal. He sides with his leftist comrades and their radical cry for open borders.

The music group “Pearl Jam” went on a week-long tour in Montana to get out the vote and raise money for Tester. Their illustrated concert poster featured a bald eagle eating the corpse of a dead Trump while the White House was ablaze. That may appeal to those with Trump Derangement Syndrome, but many Montanans do not suffer that particular affliction.

The poster drew a lot of negative attention and the backlash that could hurt Tester. The left continues to push for violence and routinely post images of violence against a lawfully elected president. They have gone way too far.

During his speech in Montana Trump stated, “A vote for Jon Tester is a vote for Chuck Schumer, Nancy Pelosi, and Maxine Waters. That about sums it up.

Tester rode in on Obama’s coat tails and it’s about time he rode out.

Trump beat Hillary in Montana by 20 percent. It’s time for Matt Rosendale to do the same against Tester.

Own a piece of American History! 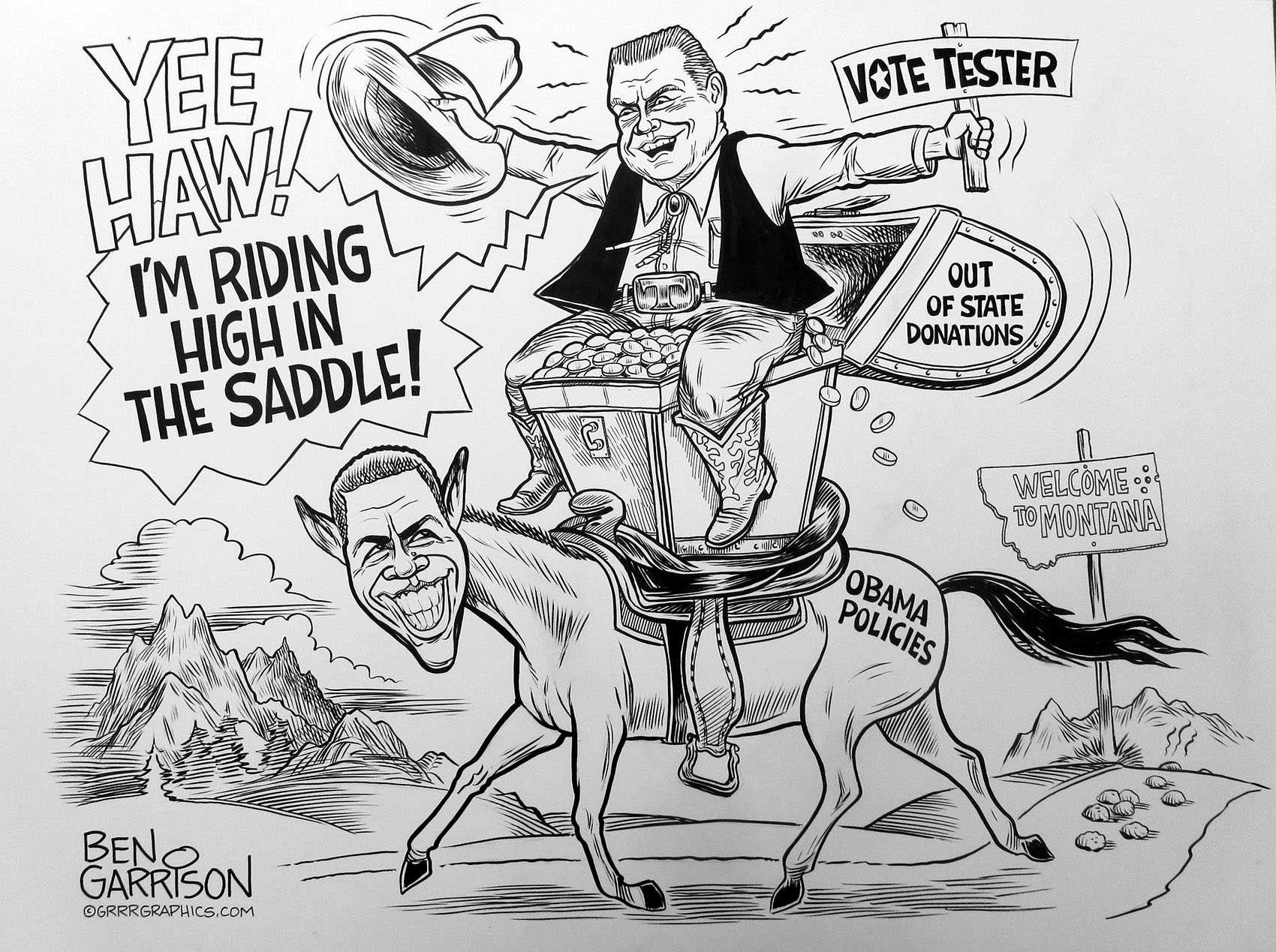