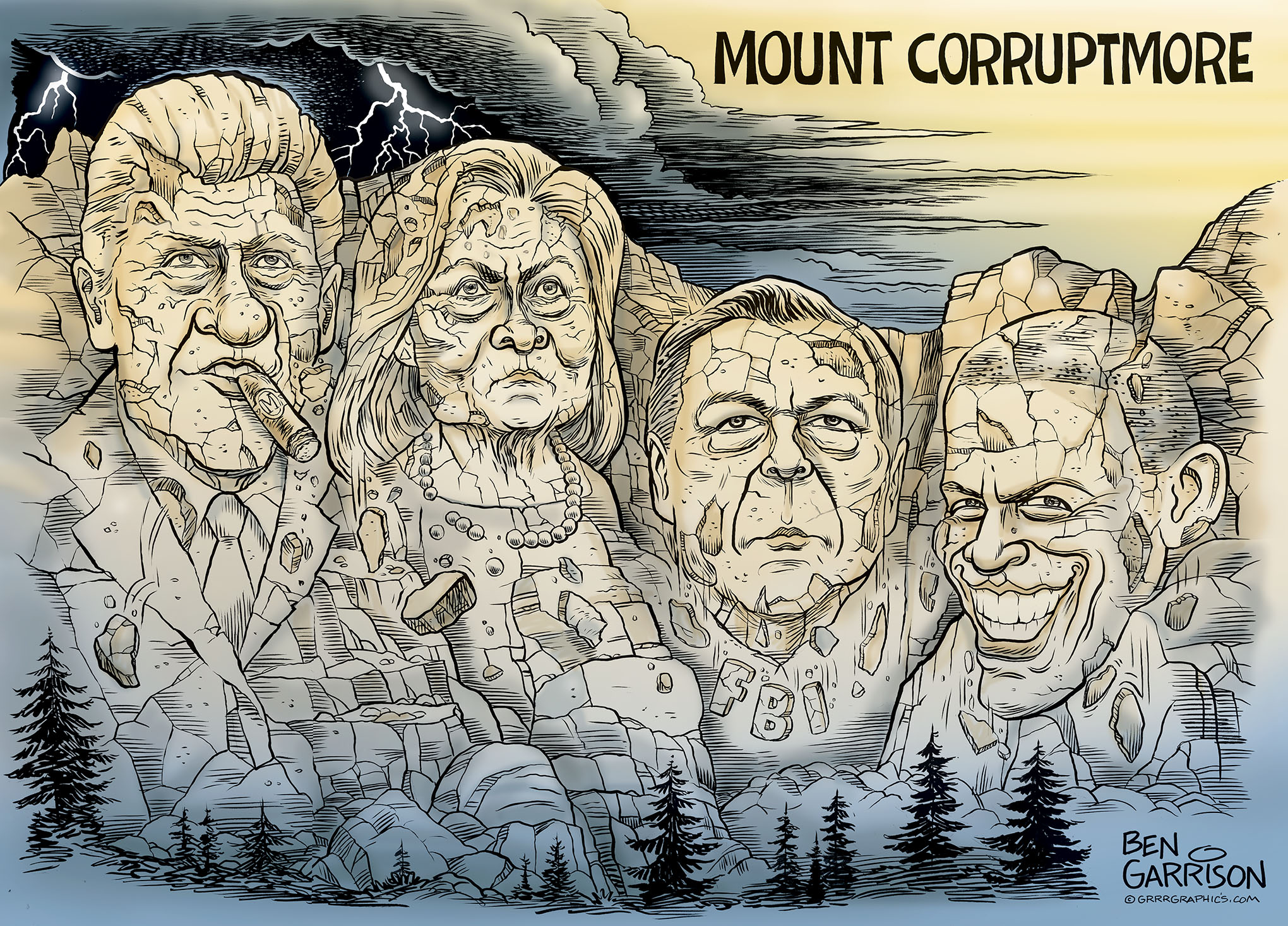 My critics often complain that I put too many words on my cartoons.

Well, here’s one with only two. Of course, I consider cartoons without words to be illustrations, but in this case words can’t describe my contempt for the four ‘leaders’ I’ve featured here. With the rampant corruption in our country, I could have made this not just a Mount Rushmore-themed quartet, but a mountain range.

Hillary unctuously expressed her moral outrage over how children of illegal aliens are being treated at the border. The literal witch even quoted Jesus in order to ridicule Trump supporters. It’s funny how many on the left have contempt for Christianity, but they do not hesitate to bring up Jesus in order to shame conservatives. ‘Open borders’ Hillary is also using the controversy to fundraise. She wants people to donate to the criminal border jumpers, thus rewarding and encouraging the behavior. Their Clinton Foundation should have been investigated and shut down long ago. The Clintons should be in prison.

James Comey is guilty of all sorts of misbehavior when he was at the FBI. It’s clear the security agencies have been politicized at the top. They think it’s their job to get Deep State candidates elected—to hell with what Americans want. Comey should be in prison.

Obama committed far worse acts than Nixon had ever imagined and yet the left doesn’t care. We do not see any Washington Post outrage or investigative outcries. Like Hillary, Obama is too big to prosecute. Nearly all the roads of corruption lead to Obama, but instead the Deep State media, Hollywood stooges and hypocritical left continue to beat their collectivist, virtue-signaling drum for Trump’s impeachment. Obama should be in prison.

LOCK THEM UP!  —Ben Garrison