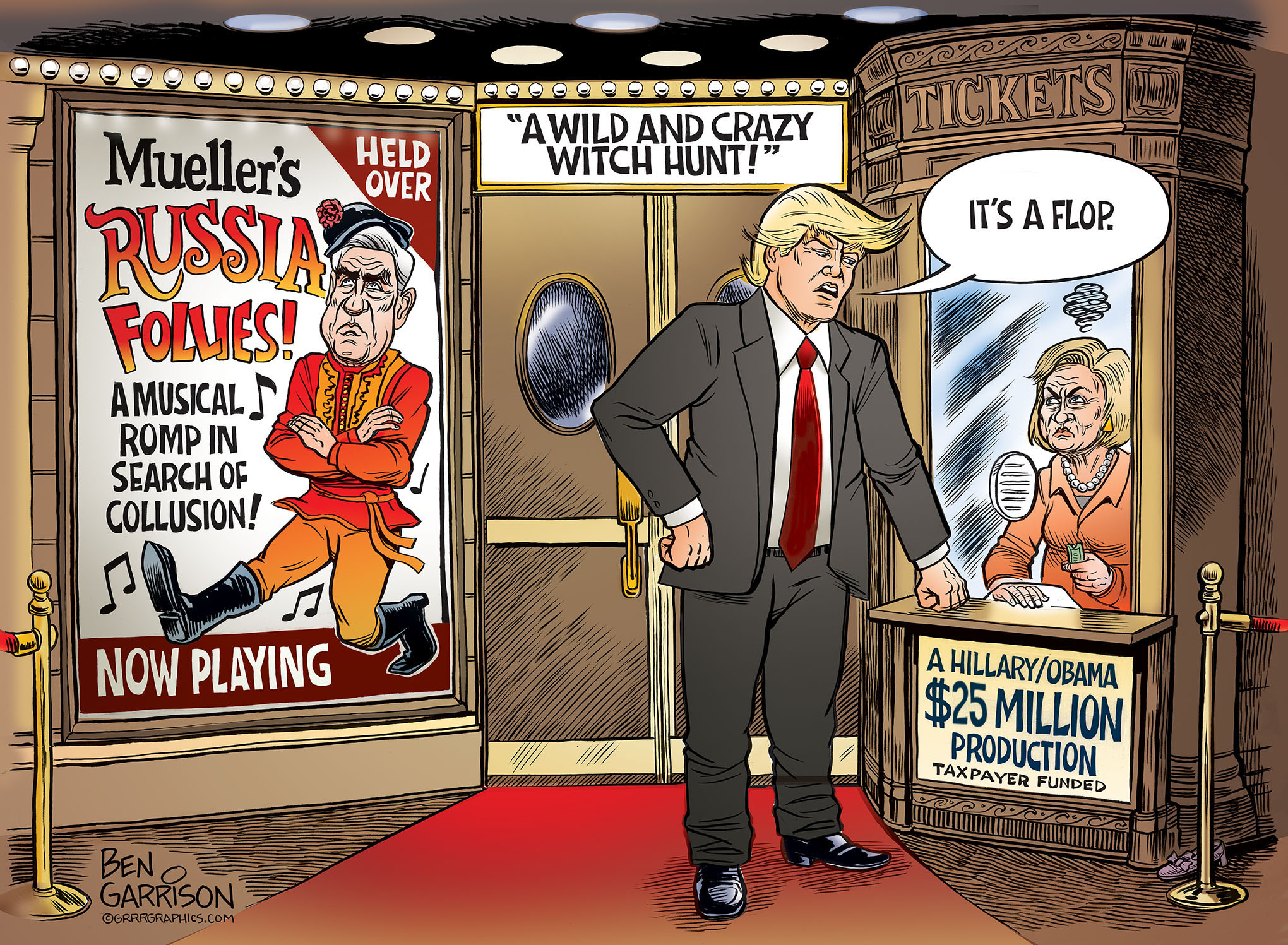 Update: Mueller will testify before congress on July 24, 2019. Another encore of the never ending show.

I recently watched Bill Maher’s latest show on HBO. Eric Holder, Obama’s disgraced Attorney General was a guest. I heard Obama’s former Attorney General talk about the anti-Trump dossier as if it were an established fact. He ridiculously predicted Mueller would charge President Trump with obstruction of justice because he fired Comey. This is a bit ironic considering Holder was convicted by Congress for obstruction during the ‘Fast and Furious’ investigation.

Deep State supporters such as Holder continue to double down on the anti-Trump dossier and Russia collusion lie even though it has been disproven over and over again. We know the dossier was paid for by Hillary Clinton. It was specifically manufactured to discredit Trump. Obama ordered his operatives within the FBI to use the unverified dossier to illegally obtain a FISA warrant to spy on the Trump campaign. There’s just one scandal committed by your ‘scandal free’ president, Mr. Lying Holder.

Hillary too has doubled, tripled and quadrupled down on the Russia collusion lie. She recently stated, “I say this as a former Secretary of State and as an American: the Russians are still coming,” Clinton tweeted. “Our intelligence professionals are imploring Trump to act. Will he continue to ignore and surrender, or protect our country?”

The unctuous Hillary has to keep her song and dance going in order to divert attention away from her own very real crimes.

I hope Trump protects our country by putting crooked Hillary and her fellow treasonous Deep State criminals in prison.

The curtain needs to fall on Mueller’s sorry show.