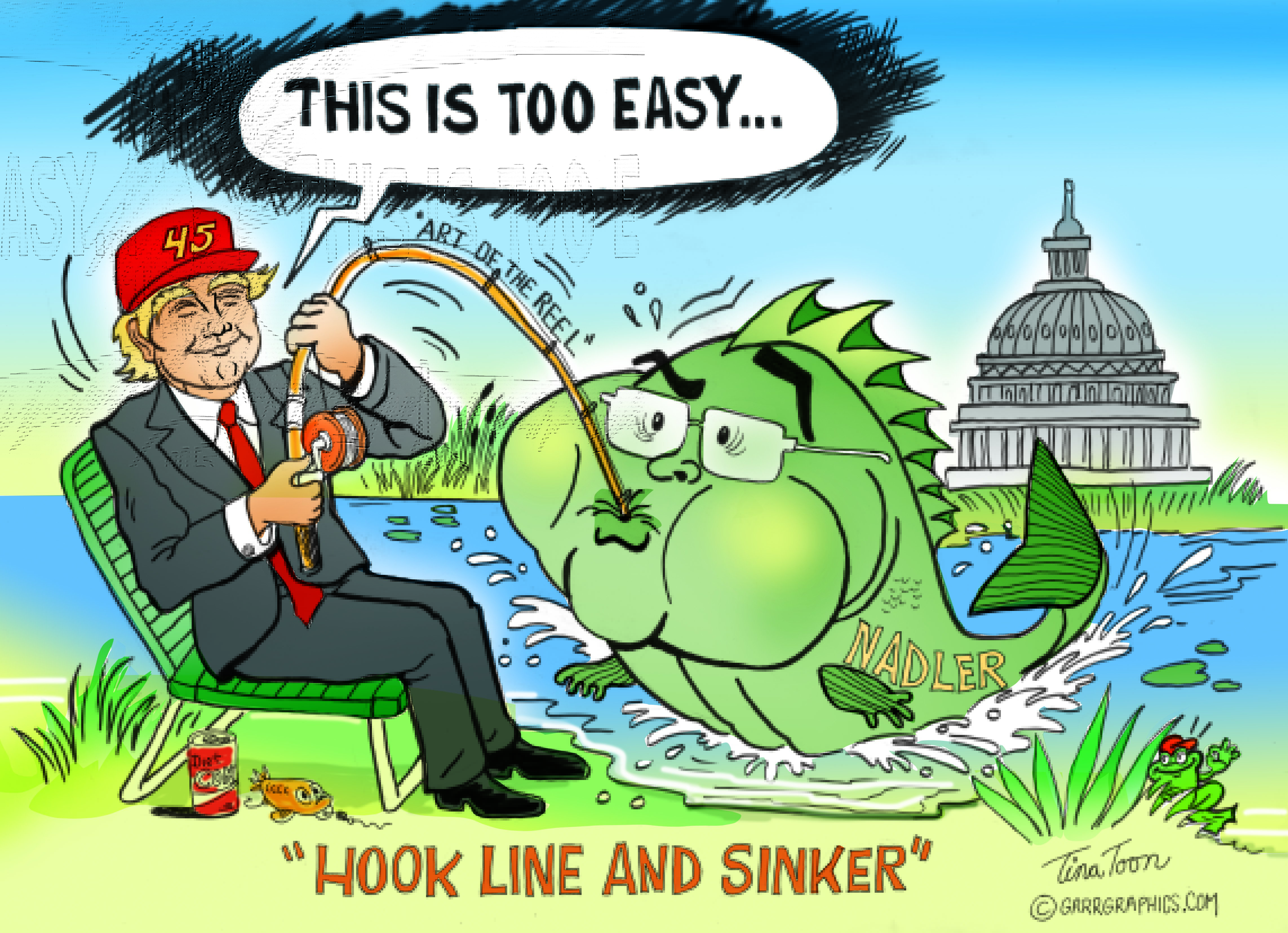 Did Trump just play the Democrats into giving him what he wanted?

Congressmen Nadler isn’t the sharpest tool in the shed. Granted when compared to the rest of the Democrats he looks brilliant.

Nadler is trying to play a political game of “got ya” ( ie contempt against AG Barr.) Nadler is colluding with the Fake News Media to spin a narrative that Barr is trying to hide something because he will not release the full Mueller report. (The full Mueller report is released and Nadler could have walked down the hall and viewed it, but he didn’t.)

Is this a Trump Trap?

Did Trump just manipulate the Democrats into now demanding “Full Disclosure,” something Trump has wanted all along?

SubscribeStar, A free speech supporting alternative to Patreon, Support us there! Click to Join

The latest is that Lindsey Graham is working to declassify the FISA docs.

“There’s a document that’s classified that I’m gonna try to get unclassified that takes the dossier — all the pages of it — and it has verification to one side,” Graham told Bartiromo. “There really is no verification, other than media reports that were generated by reporters that received the dossier.”