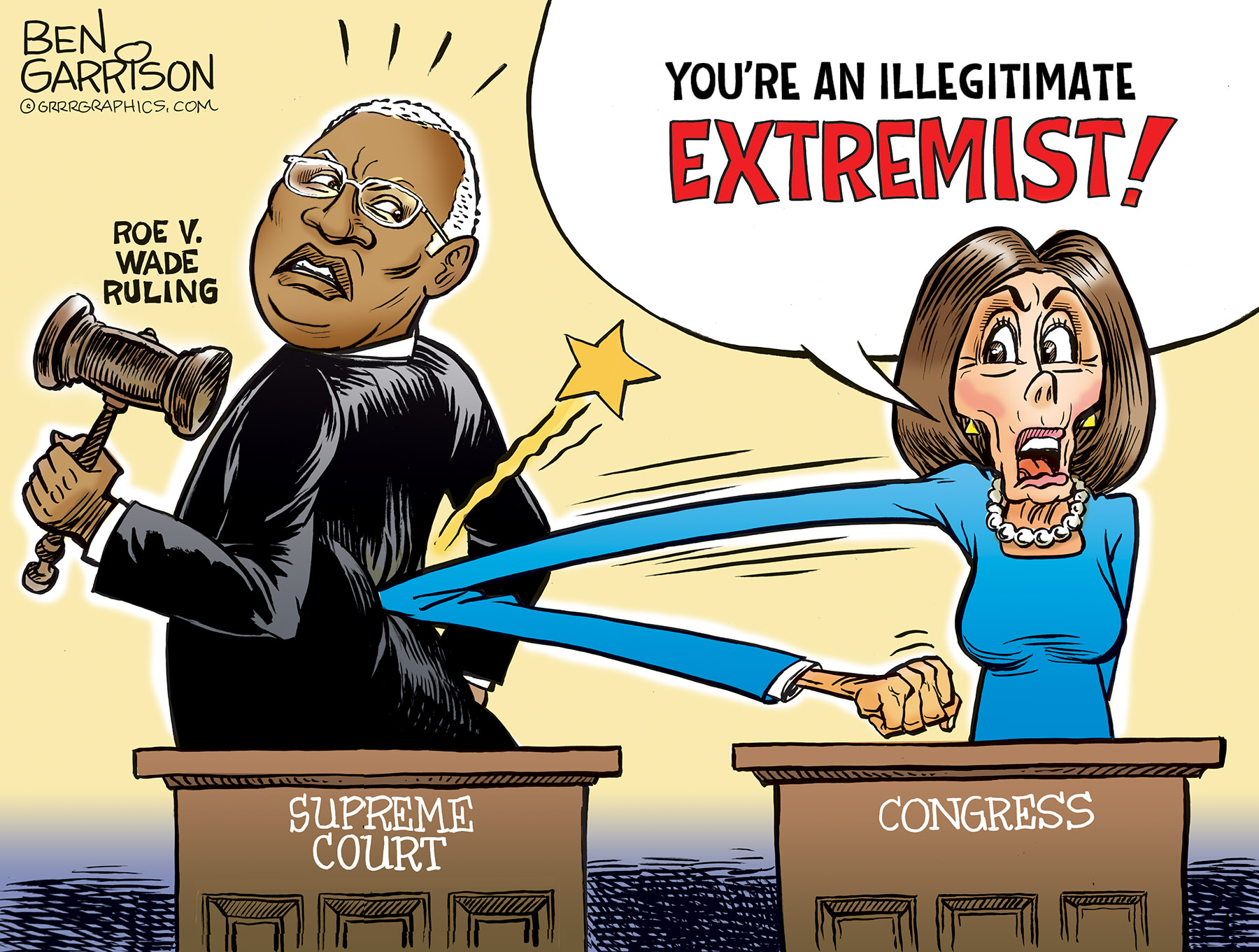 Everyone who disagrees with Nancy is a Illegitimate extremist

Nancy Pelosi is trying to elbow Supreme Court Justice Clarence Thomas out of the picture.

Her Democrats are repeating the line, “The Supreme Court is “Illegitimate.” Why it is suddenly illegitimate is unclear. Their ruling on Roe V. Wade is perfectly logical and understandable. They’re allowing the decision to be made by people residing in the individual states. How is that a bad thing? Power to the people!

The Democrats don’t like this. They’ve become the party of death. Oh sure, Nancy will claim she loves children (as she elbows them away from a photo shoot), but in reality she supports the murder of millions of unborn children. Nancy and Dementia Joe have even talked about creating abortion clinics on Federal land within states with abortion bans. That way the women there can have their babies killed—probably at taxpayer expense.

If you peruse the headlines, you’ll see the Marxist media are focused on attacking Justice Thomas. They all say he is conducting a ‘radical reign’ at the Supreme Court. Never mind the others that voted to overturn Roe V. Wade. The Democrats and corporate media are conducting a high-tech lynching of Thomas. Why? Because he’s black. They can’t have a powerful black man not agreeing with them, so they hurl racist epithets his way. It’s disgraceful, but not surprising. The Democrats were the party of slavery, KKK, and racial bigotry. They currently celebrate and worship a drug-addled thug named George Floyd, but they mercilessly condemn and harass Thomas, a man of distinction, intellect, and great accomplishments.

Pelosi has even accused Clarence Thomas’ wife, Ginni, for being part of the January 6 protest. Only Nancy calls it a ‘coup.’ She wants Thomas to resign because of it. If anyone should resign, it’s Nancy Pelosi. Not only did she and her husband use insider trading to become fabulously rich, she’s also attacking our third branch of government and calling for the impeachment of Thomas. (Is she impeachment happy or what?)

That looks a little “insurrectiony” to me…

The Democrats have become the party of death, lawfare, corruption, and tyranny. They are the real insurrectionists.

Celebrate Independence Day with one of our most popular prints!

Help fight for freedom, support our work and let’s take back America together!