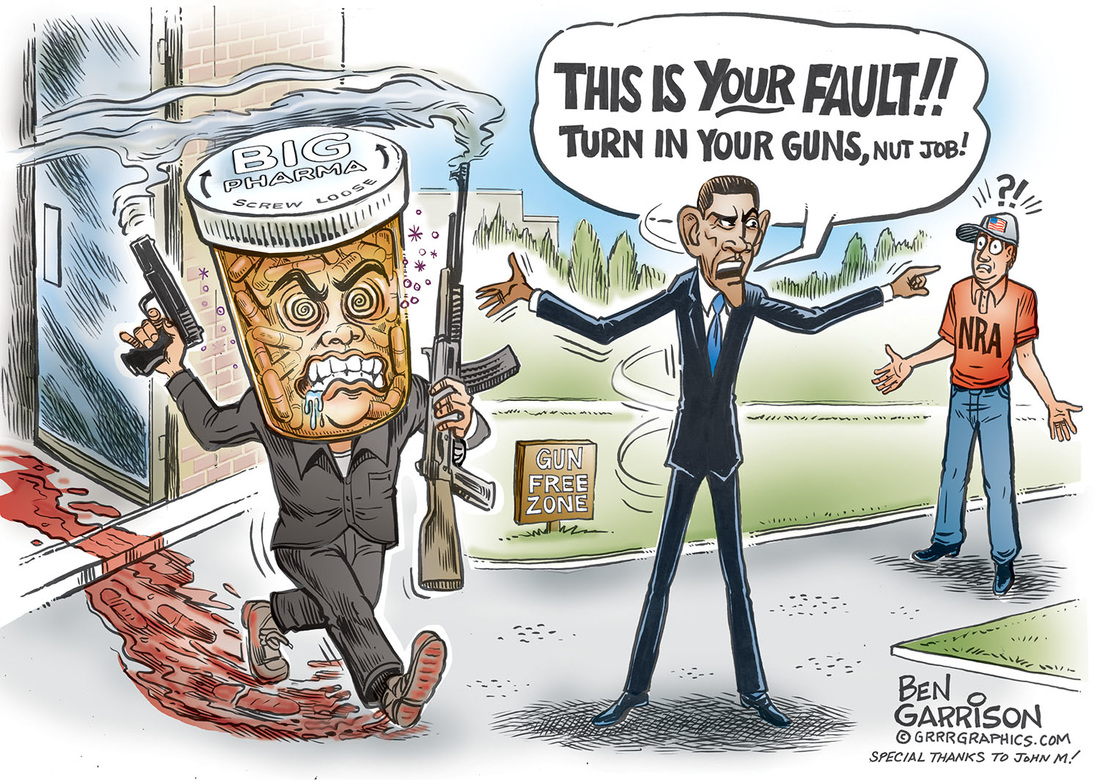 Maybe we should ban dangerous pills—not guns..If you do an Internet search, you’ll see plenty of evidence that many of the mass shootings in schools and elsewhere involve perpetrators who were on mood-altering pharmaceuticals.

Instead of blaming big Pharma as a factor mass murder, Obama blames the guns. He wants them banned. Some of the incidences may be false flags to achieve this. The murders are real, but incidences are set up by government stooges. However, there’s one thing you will never see: A sign on the White House lawn that says, ‘GUN FREE ZONE.” Hmmm….that might make a good cartoon!