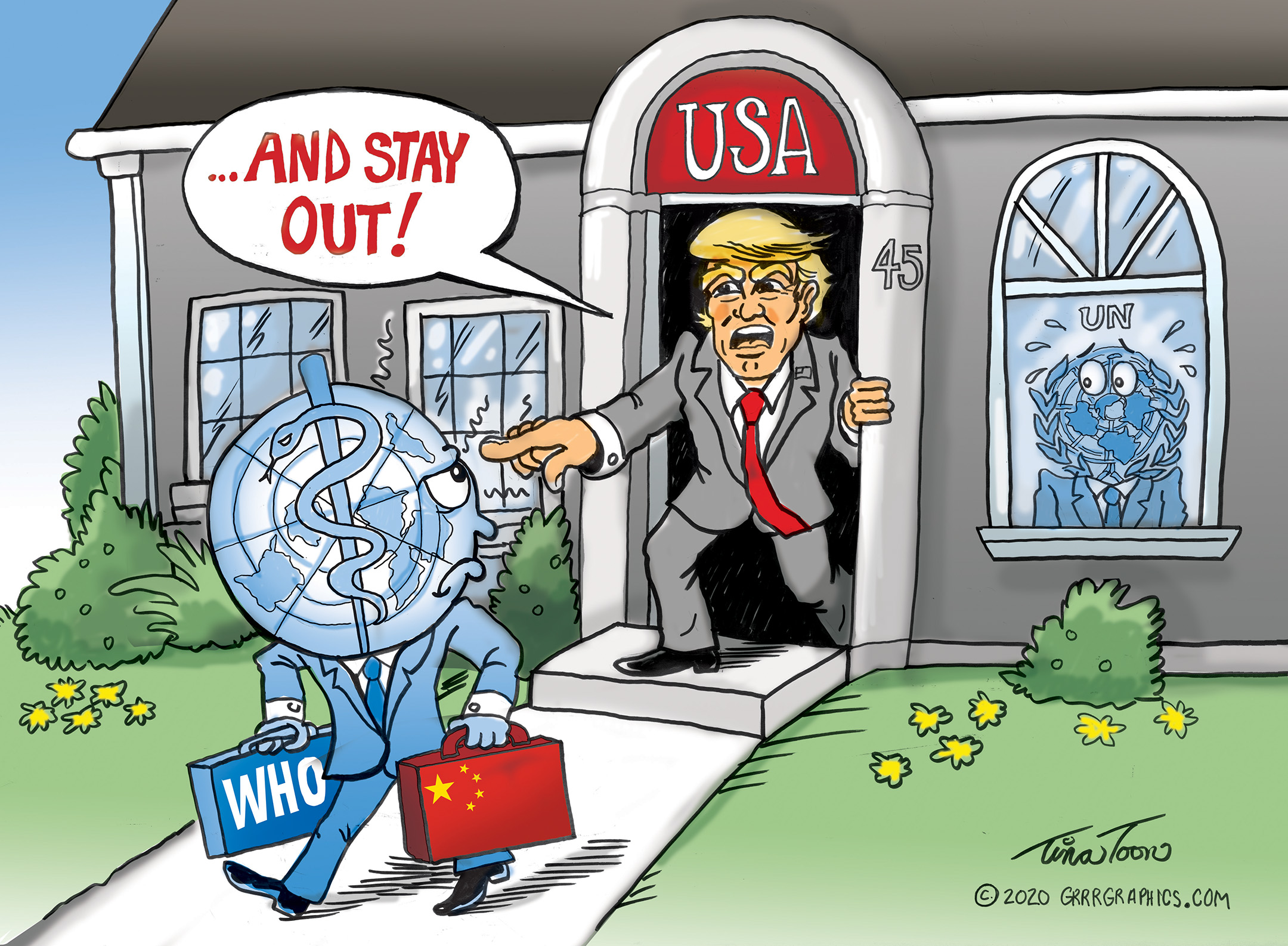 Not in our house!

As we watch the “peaceful protesters” blow up ATM machines, burn businesses and beat innocent people, something happened last week which in a normal news cycle would have had the usual suspects howling.

President Trump ended the United States’ relationship with the World Health Organization which has become an arm of propaganda for China’s Communist Party.  The WHO got everything wrong about Covid-19, (remember that?)  from claiming millions would die to claiming the virus could not be transfered human to human.  The current head of the WHO, Mr. Tedros Adhanom, former Health Minister and Foreign Minister of Ethiopia, is a willing shill for China and claimed you can’t call the virus the Wuhan-virus because that’s racist.

The President is correct in severing ties with the World Health Organization over their handling of the “Plannedemic”, the USA can spend the $500 million WHO funding on American citizens instead of flushing it down the WHO toilet. Yes, the USA is the largest source of funding to the WHO and looks like some of the loafer countries will have to step up to make up the difference.

President Trump basically told the WHO, “Not in Our House”, and kicked them out the door.

Now we ask who’s next ? We have a good idea…

Finally, Original Tina Toon artwork available- “Not In Our House”

Own a piece of American history today! Click to reserve your artwork!