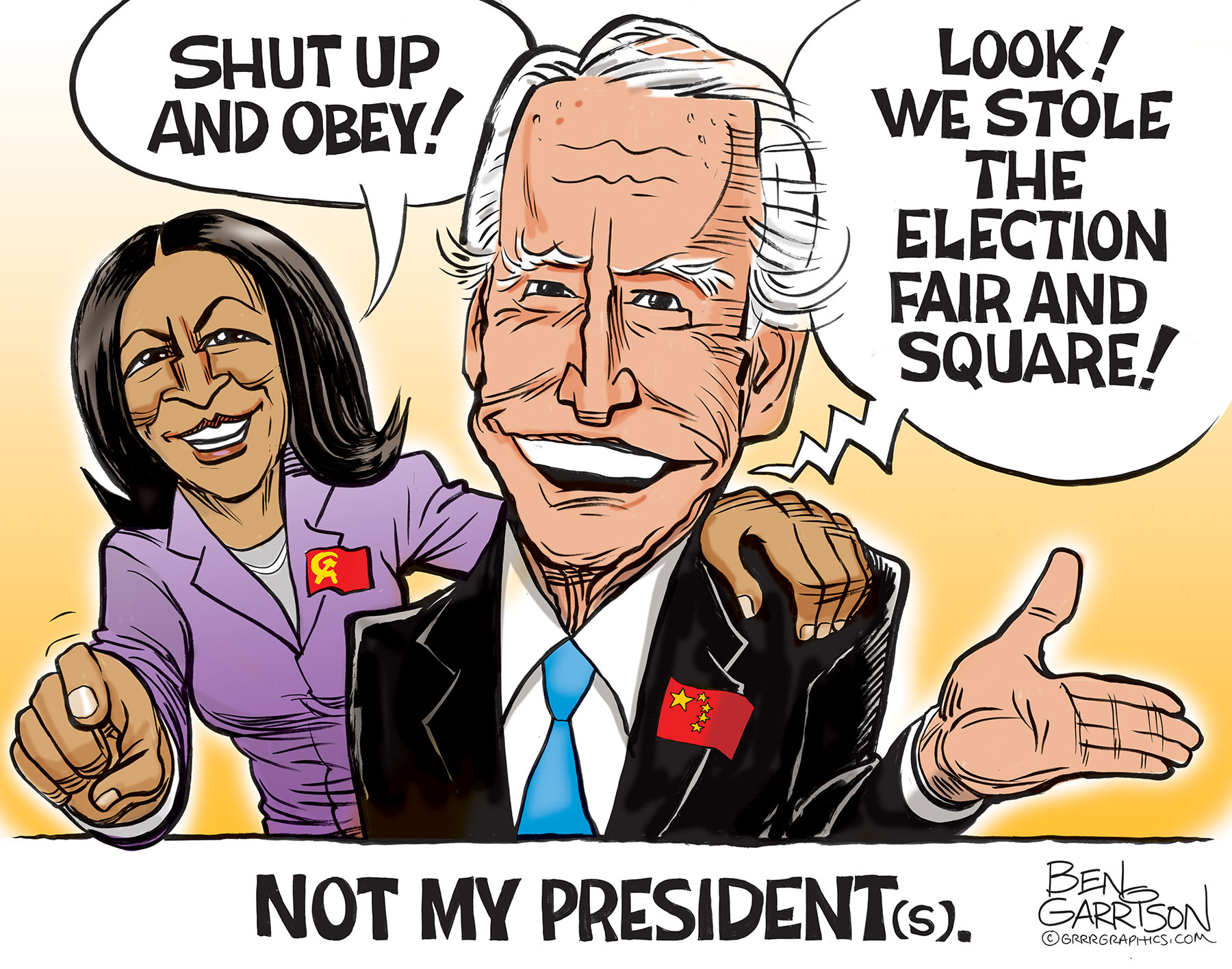 American citizens used to have a choice when it came to presidential elections, even though the candidates usually represented pretty much the same thing: globalism, war, and the destruction of traditional Christian-based American culture. There wasn’t much different between the Clintons and Bushes or Romney and Obama. When Trump arrived he was elected because people were tired of Tweedle D and Tweedle R. There wasn’t much of a choice before Trump.

That choice is now made for them by elite oligarchs and theirBig Tech goons. Trump represented nationalism, not open borders. He offered a good economy and jobs, not more war. The elite oligarchs hated Trump because he threatened to restore America. He wanted to make it great again. Trump needed to drain the swamp to make that happen, but little progress was made. Bill Barr, Durham and the DOJ were disappointments. Trump may have shuffled up the Deep State, but its players remained in charge and they all wanted a coup.

Support Ben and Tina’s cartoons! Buy them a “virtual” coffee through Ko-fi! MMmmm Make mine Strong! Click to send!

The seditious swamp turned out to be more vast and deep than many of us imagined. A pandemic was planned and rolled out right in time for the election. They wanted Trump’s economy in shambles. They wanted mail-in ballots for safety. How convenient. The  elite oligarchs made sure ballot fraud was committed to get China Joe and Commie Kamala elected. They succeeded, at least for now. The “I VOTED” stickers should now read “I WAS CHEATED.”

We now have Biden and his band of lying Democrat socialists poised to take over the White House. That should not happen in the face of such blatantly obvious cheating, but their media arms including even Fox News are busy conditioning us to accept our victimhood. I will never accept it.

Biden is not my president. Should Joe be removed from office due to his dementia, Kamala won’t be my president either. 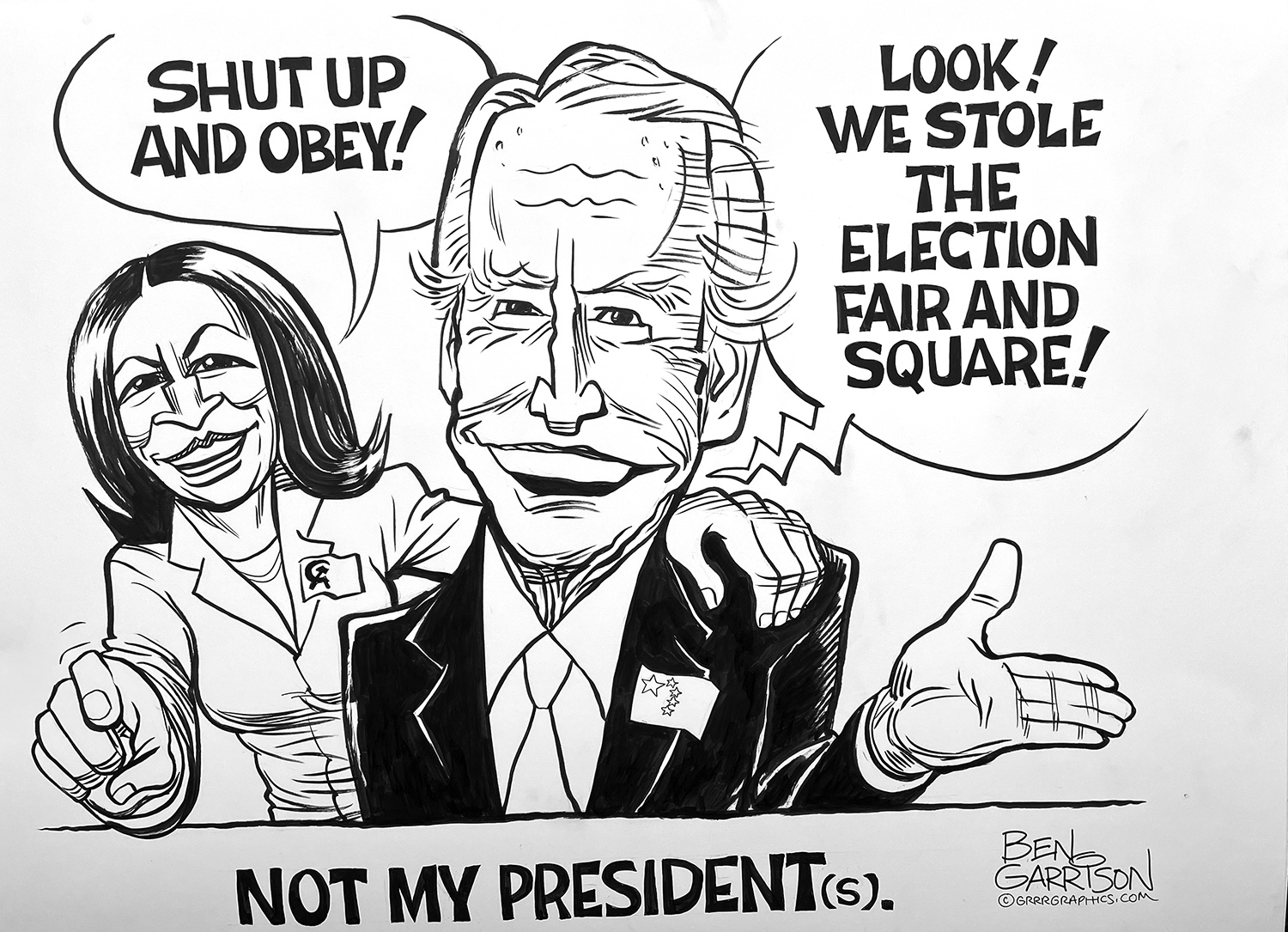