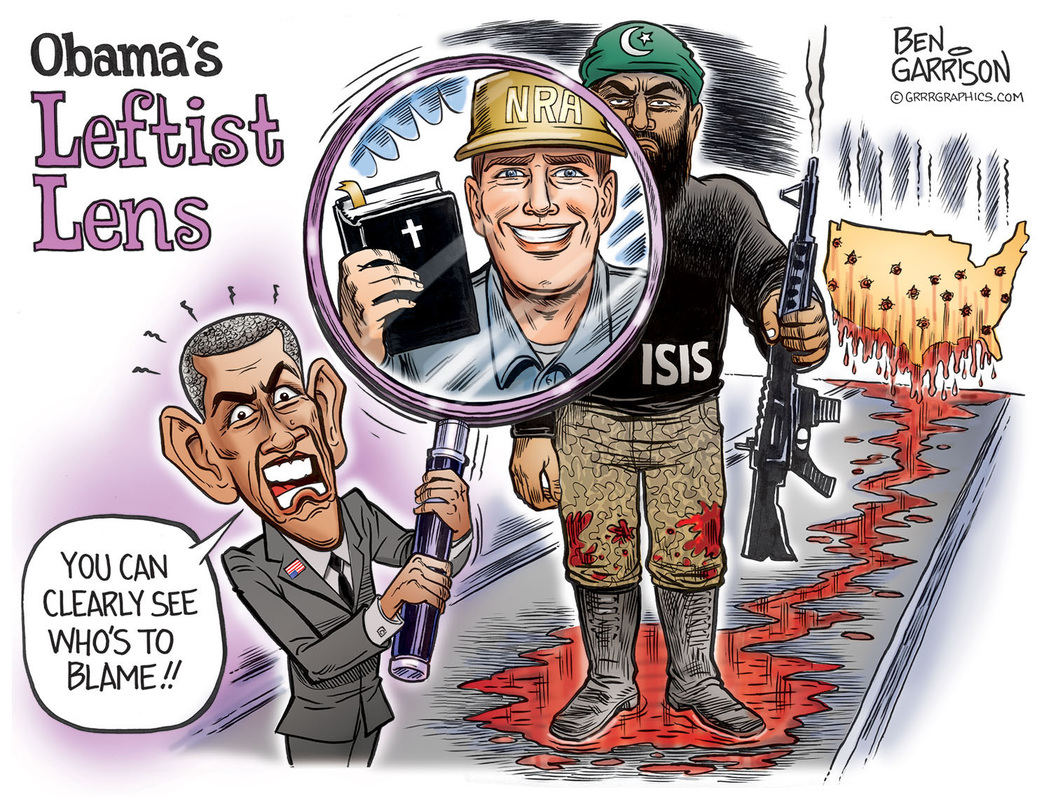 Obama doesn’t want to say ‘Islamic Terrorism.’  It’s obvious he doesn’t want to condemn Islam in any form. He’d much rather attack the 2nd Amendment and ‘bitter clingers.’ He wants to round up the guns while at the same time, more guns have been sold to Muslims in the middle east than ever before under his administration. Hillary murdered Gaddafi and made sure ISIS got guns. That happened under Obama’s watch.

The liberal lens wants to make sure the focus and blame always goes to conservatives, whom they call names such as ‘racist’ and ‘bigot’—especially conservative Christian gun owners. Obama uses the lens to help him to avoid looking at a harsh reality—Islamic terrorists DO exist. They are created in part due to senseless war in the middle east perpetuated by Obama and his masters.

Many Muslims want Sharia Law—not our Constitution. Yet Obama wants to import millions more. If we object, we are called ‘racist.’ Islam is not a race.

Americans are fed up with excuses, obfuscation and lies told by leaders who refuse to connect with reality. Americans are sick and tired of being called ‘racist’ or other names simply because we don’t want to import millions of people who don’t assimilate well into western culture.

It’s time to put down the leftist lens when viewing reality.