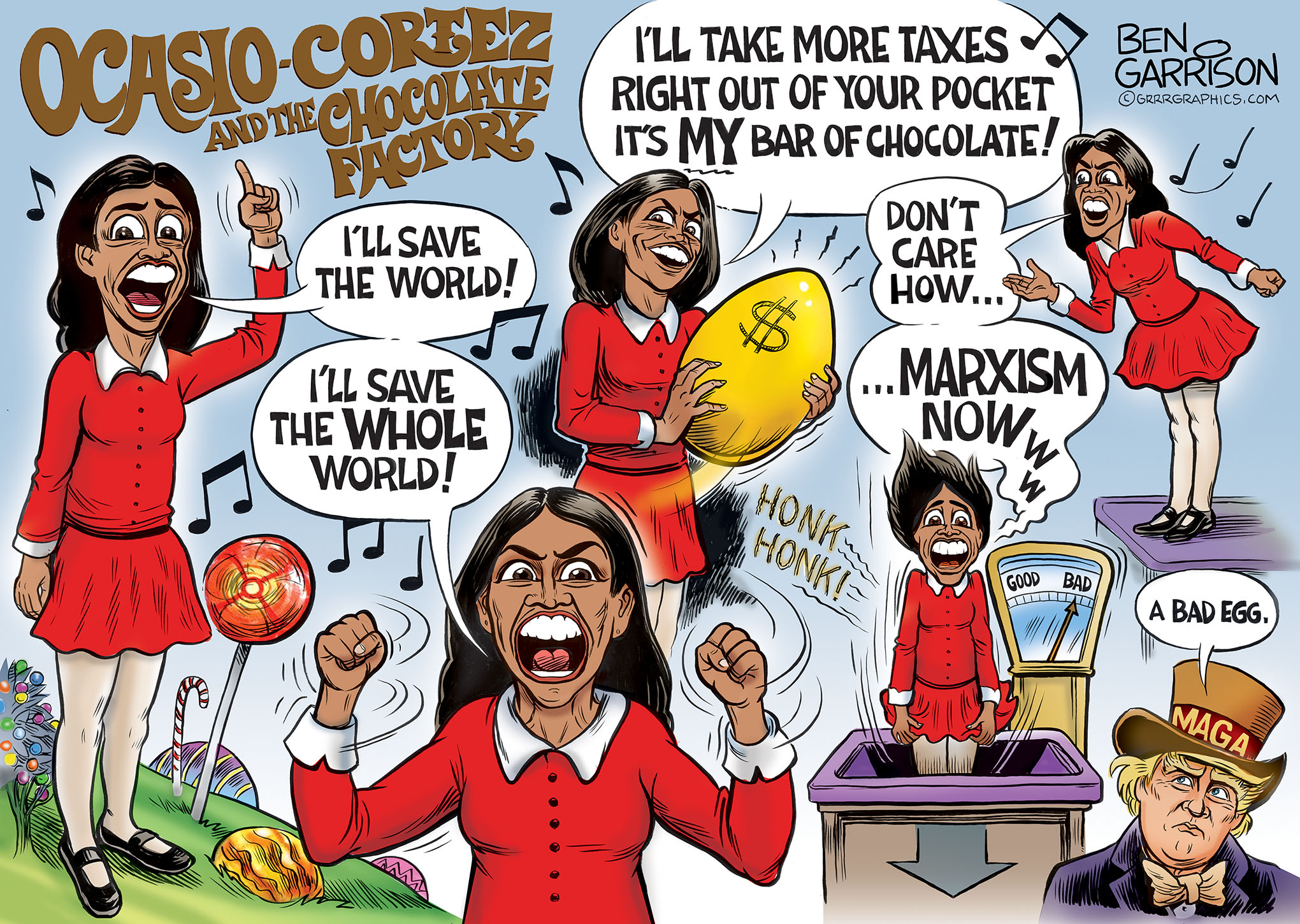 Free medical, vision and dental care. Free housing. Free college education. Guaranteed jobs. These are some of the items included in Alexandria Ocasio-Cortez’ platform. Her constituency wanted these free things, and so she was elected to represent them in Congress.

She combines all this free stuff with open borders. In other words, everyone in the world is welcome to come here and enjoy her offer of free stuff. This is a sure recipe for economic disaster. People have to work in order to provide this free stuff. Will doctors work for free? No. Will homebuilders build housing for free? No. Will professors teach for free? No. So it means much higher taxes. It means more government force. The doctors, homebuilders, and professors may still work, but they will not be rewarded for their efforts. Instead, a Cortez-led government will take most of their money away and redistribute it in order to make things ‘fair and equal.’

The problem is, when government breaks the link between effort and reward, less effort becomes inevitable. Stalin thought he had solved this problem by forcing 10 percent of his country’s population into gulags. There, his slaves were forced to work hard or die. If there is no force, there’s a situation where workers pretend to work and their government pretends to pay them.

Marx was a miserable, resentful, and lazy old crank. He neglected his family and depended on rich, capitalistic benefactors to keep him writing his hateful foolishness. He once claimed communism would lead to paradise on Earth, were a man could work however he liked. Here is one of her quotes regarding that:

“For as soon as the distribution of labor comes into being, each man has a particular, exclusive sphere of activity, which is forced upon him and from which he cannot escape. He is a hunter, a fisherman, a herdsman, or a critical critic, and must remain so if he does not want to lose his means of livelihood; while in communist society, where nobody has one exclusive sphere of activity but each can become accomplished in any branch he wishes, society regulates the general production and thus makes it possible for me to do one thing today and another tomorrow, to hunt in the morning, fish in the afternoon, rear cattle in the evening, criticize after dinner, just as I have a mind, without ever becoming hunter, fisherman, herdsman or critic.”

Complete BS. Compare a man who has spent his life raising cattle with one who has spent his life as a fisherman. Both have spent years developing esoteric knowledge that allows them to succeed. You can’t expect them to switch jobs and be successful. I’m an artist. I’d like to be a musician! But I have no musical talent beyond the rudimentary. How can I sit in an orchestra and play as well as professional who have played for years? How can that professional musician be expected to draw editorial cartoons? It’s insanity made worse by a giant bureaucracy that keeps track of everything. That army of communist functionaries makes micro decisions about the economy and how the populace should conduct their work, when it’s best left to those who know how to work!

It’s the main reason the Soviet Union failed. They could only keep things going by brute, inefficient force.

Ocasio-Cortez is the young, new, and energetic face of socialism. She coins her approach as something novel: ‘Democratic Socialism,’ but a skunk cabbage by any other name will still have the offensive smell. It’s the same old, tired Marxism that has failed again and again for over a hundred years. The most recent example is Venezuela. A once prosperous country, it embraced socialism and as a result its citizens are now starving. Alexandria ignores this and talks heroically about cotton candy, unicorns and flowing rivers of chocolate. She’s not a hero.

Put her in charge of a chocolate factory and it would soon be producing rotten eggs.