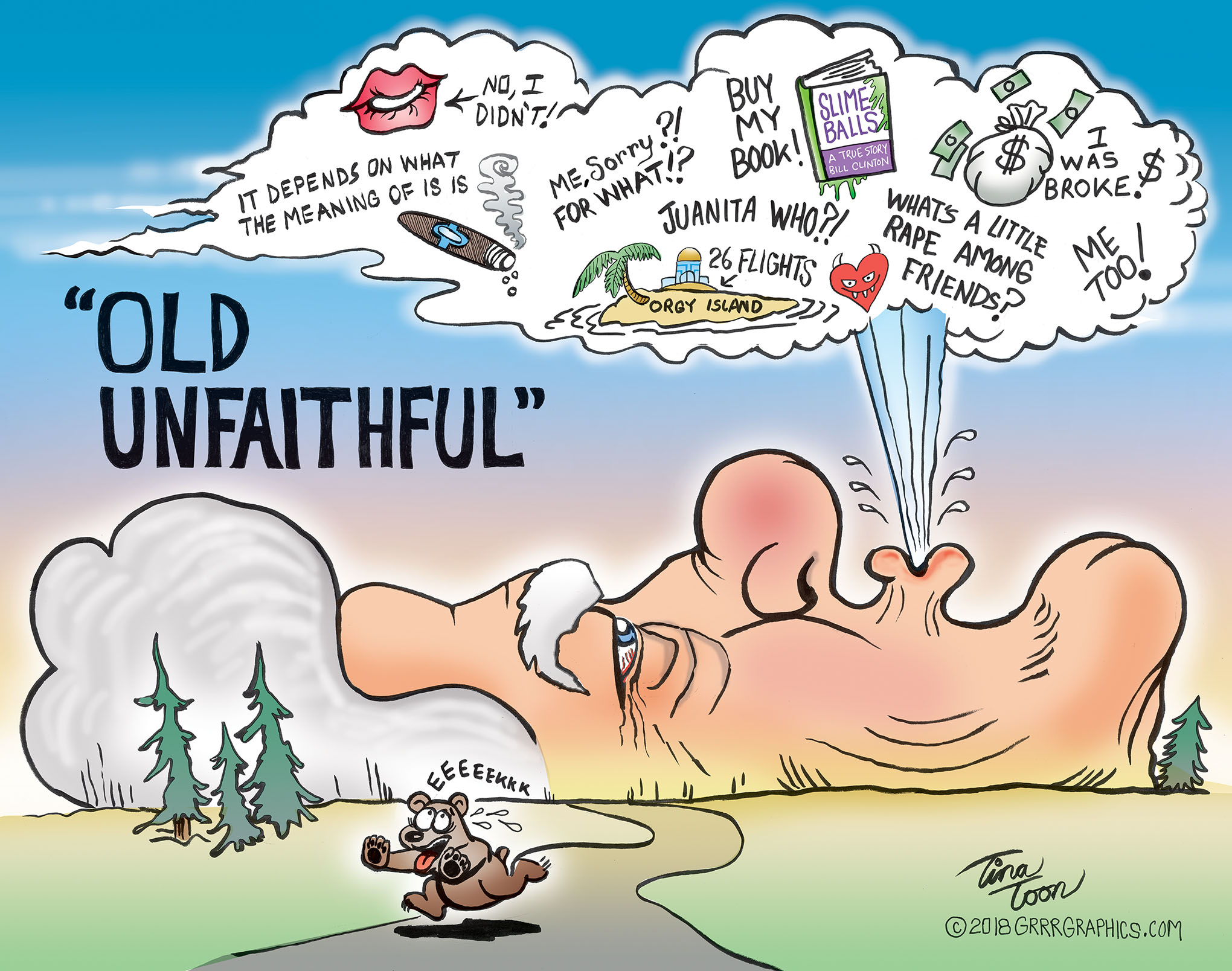 He was asked if he ever apologized to Monica Lewinsky for their oval office escapades.

“Old Unfaithful” blew his top and played the victim card.

Clinton had a melt down and asked if JFK would resign over his affairs, comparing himself to John F. Kennedy. 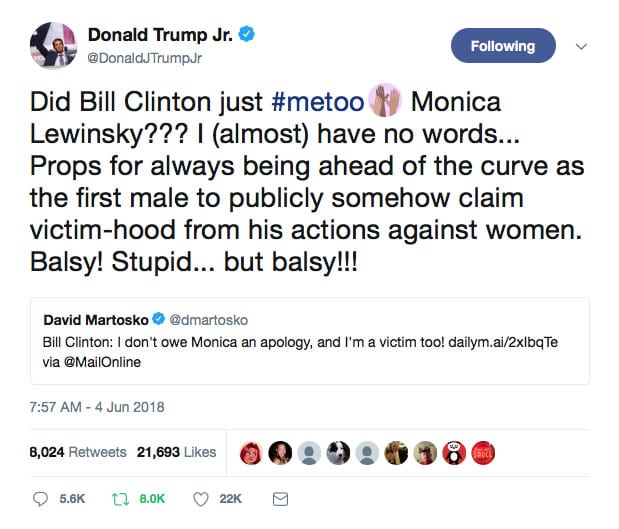 Bill Clinton is a rapist, just ask Juanita, Monica, Kathleen, and the rest of the women he attacked like an Arkansas hound dog. 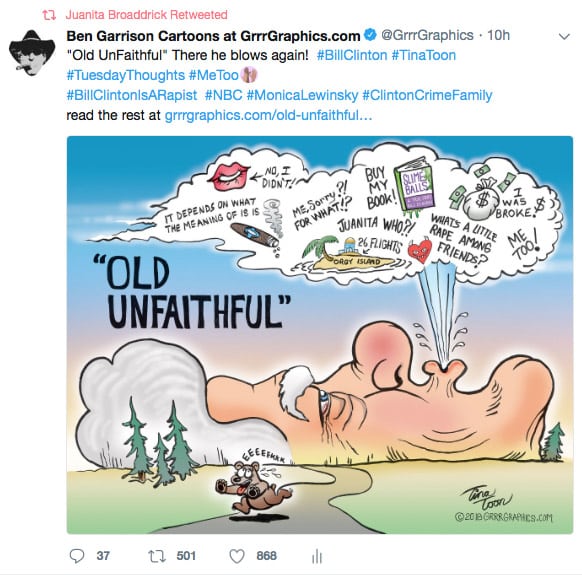