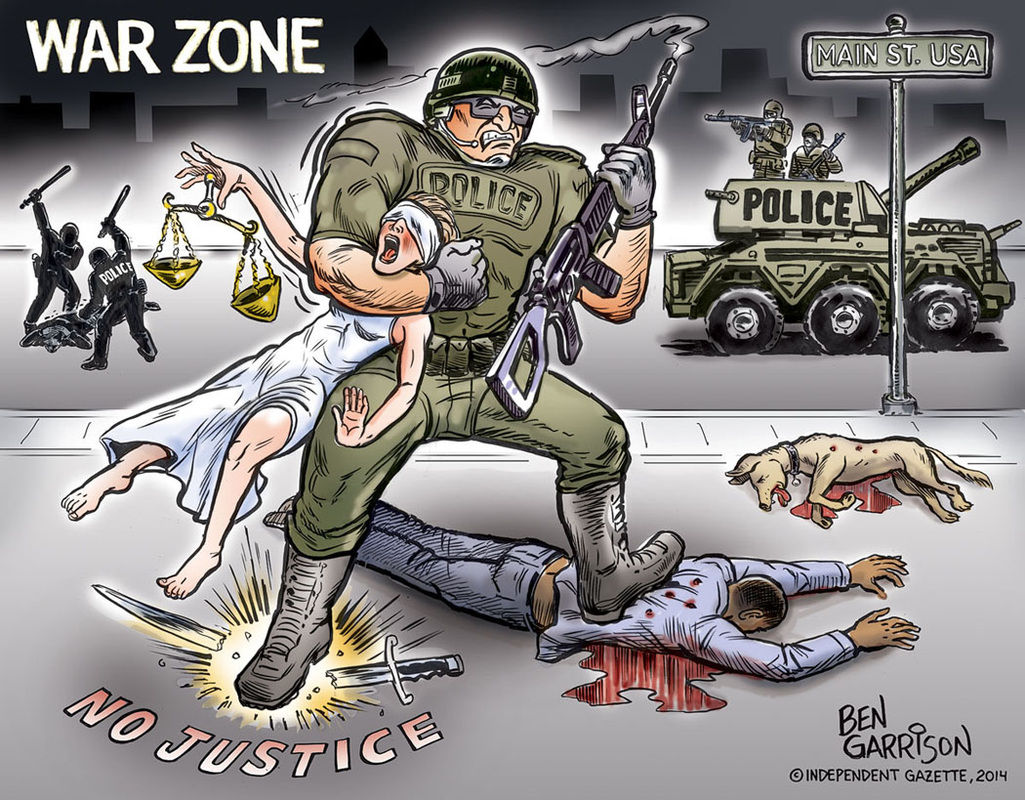 The puppeteers who run Big Government has seen to it that our police have been militarized. They have been trained to kill instead of protecting and serving. Certainly not all police are this way, but too many have become militarized. Too many innocent citizens are being killed. Naturally, people are pushing back and protesting. Now, instead of only dealing with militarized police who see us as enemy combatants, we also have “Jade Helm” coming this summer. Instead of training on their own military bases, they want to harass citizens and it could lead to something bigger—gun confiscation, the rounding up of ‘terrorists,’ (i.e., Constitutionalists and gun owners) and maybe even detainment centers at WalMart! Sounds crazy, but it’s happening right in front of us. The police now look like Nazis. There can be no denying that they shoot, tase and abuse for no reason at all. They’re also shooting too many dogs. This has to stop!