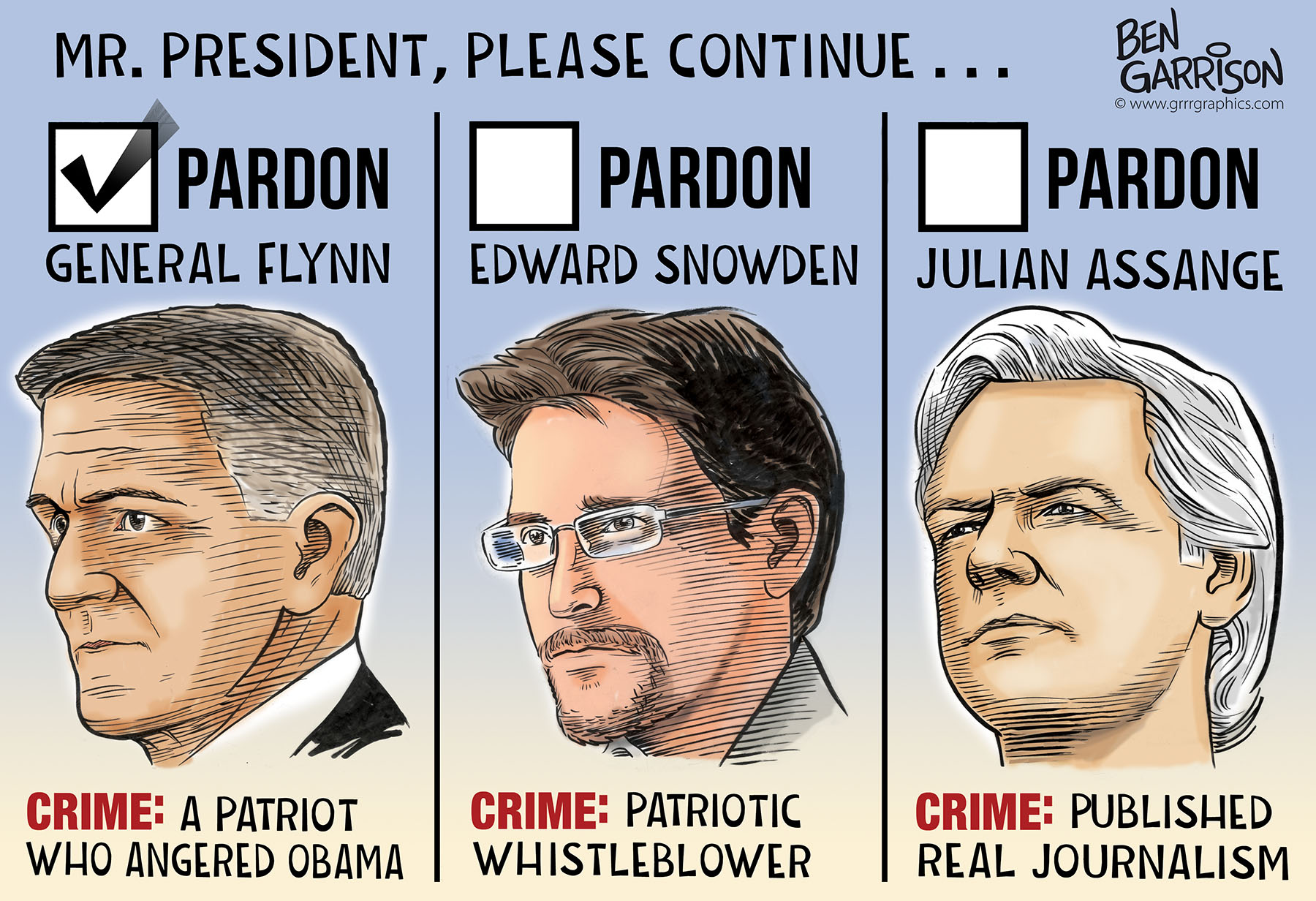 We know our so-called ‘security agencies’ have been politicized. They are on the side of the Deep State Swamp, which includes the military industrial complex, the globalist corporations, the Illuminati, and the socialist Democrats. The top brass at the CIA and FBI are Obama men and anti-Trump. General Flynn was targeted by Obama and the FBI invented a process crime to ruin his career and reputation. They wanted to make President Trump look bad. The former NSA director James Clapper can lie to Congress and it’s not a big deal because he’s on the Swamp team. General Flynn was set up and the Swamp made it into a big deal.

Trump has pardoned Flynn, but he should have been exonerated on his own. Unfortunately the courts are populated by judges who are controlled by the Swamp, not the law. They did not want Flynn freed from their grip.

Now that Flynn has been pardoned, the President should also pardon Snowden and Assange. Edward Snowden risked his life and tossed away his career in order to warn us about the rogue and corrupt security agencies. They violate our 4th Amendment when they spy on us. Julian Assange is not a US citizen but the same crowd—the Swamp—wants him sent to the United States to face charges of espionage. To put it bluntly, the military industrial complex doesn’t want We The People to know the war crimes they are committing. They want to know everything about each of us, but we can know nothing about the crimes they are committing because they hide behind the curtain of “national security.” Assange had the nerve to do real journalism and tell us the truth unlike our resident corporate mass media, which is controlled by Swamp. The lying legacy media only tells tell us the fake news that the Swamp wants us to hear.

While I’m at it, President Trump also needs to release the truth about the Kennedy assassination. We all know the ‘official’ Warren Commission Report is bunk. We know the CIA was involved, and most likely George H.W. Bush as well. We know the truth is ugly, but we need to hear it with the bark left on.

Urgent- We need your support! Help Us stop the steal of the 2020 election! The following items are now on sale!