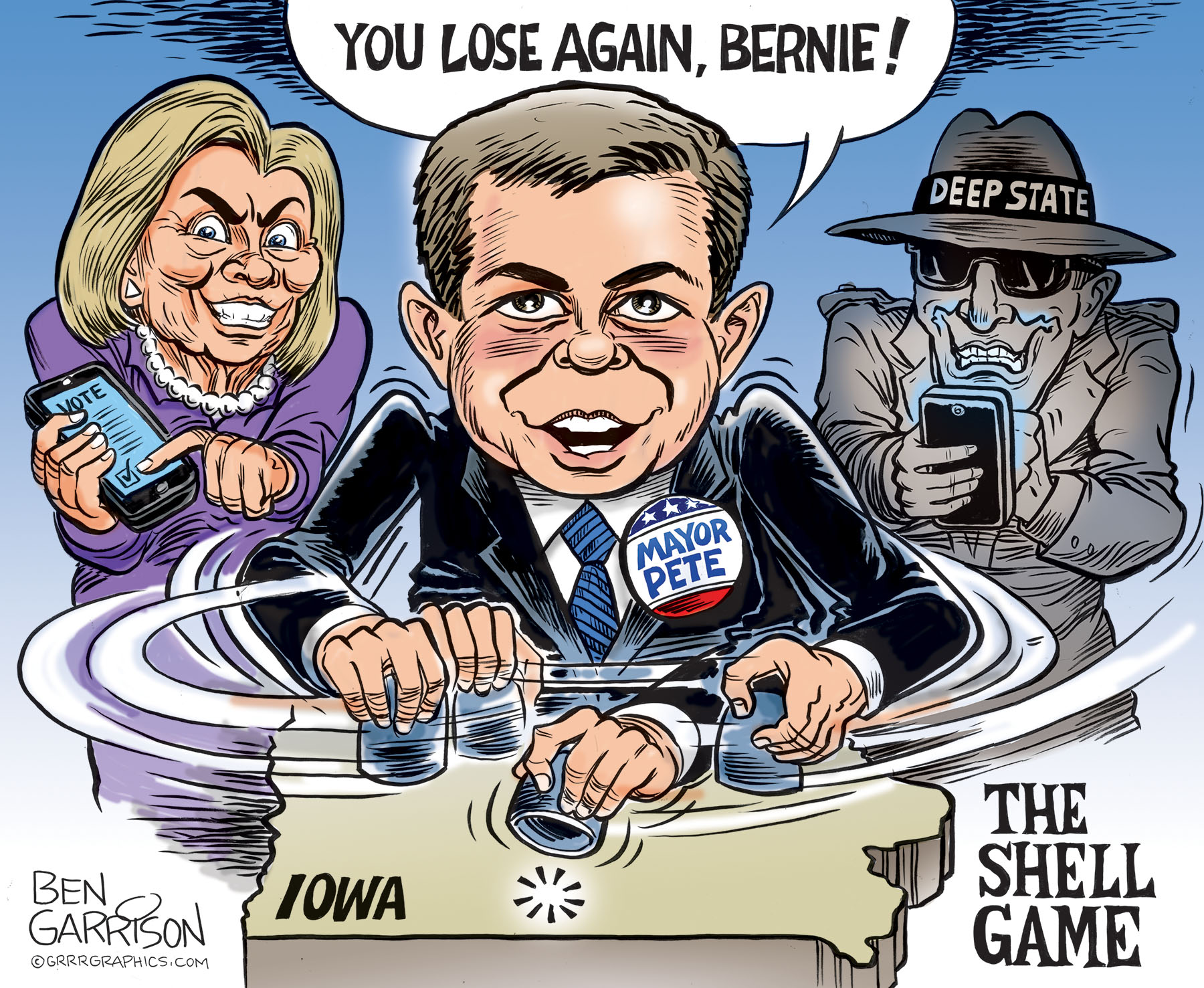 A judge ruled that the DNC can do whatever it likes—and it has. Hillary Clinton still rules the party and so naturally she’s rigging the game against Bernie Sanders once again.

Pete Buttigieg, also known as “Pete the Cheat” invested tens of thousands of dollars in the software company that purposely bungled the count to favor the mayor. The software company is populated with pro-Hillary people, of course. Mayor Pete also has ties to billionaire donors as well as the CIA and Deep State, including George Soros. Apparently the Mayor of Whoville is their choice going forward and I hate the expression ‘going forward.’ They do not want the old, corrupt and backward white man, Joe Biden. They especially don’t want the most honest and authentic smart woman in the race, Tulsi Gabbard. She’s been totally blacked out by the Deep State mass media and the Democrat Party.

Look for more ‘in your face’ rip offs and dirty tricks as the primaries go forward. The will of the voters be damned.