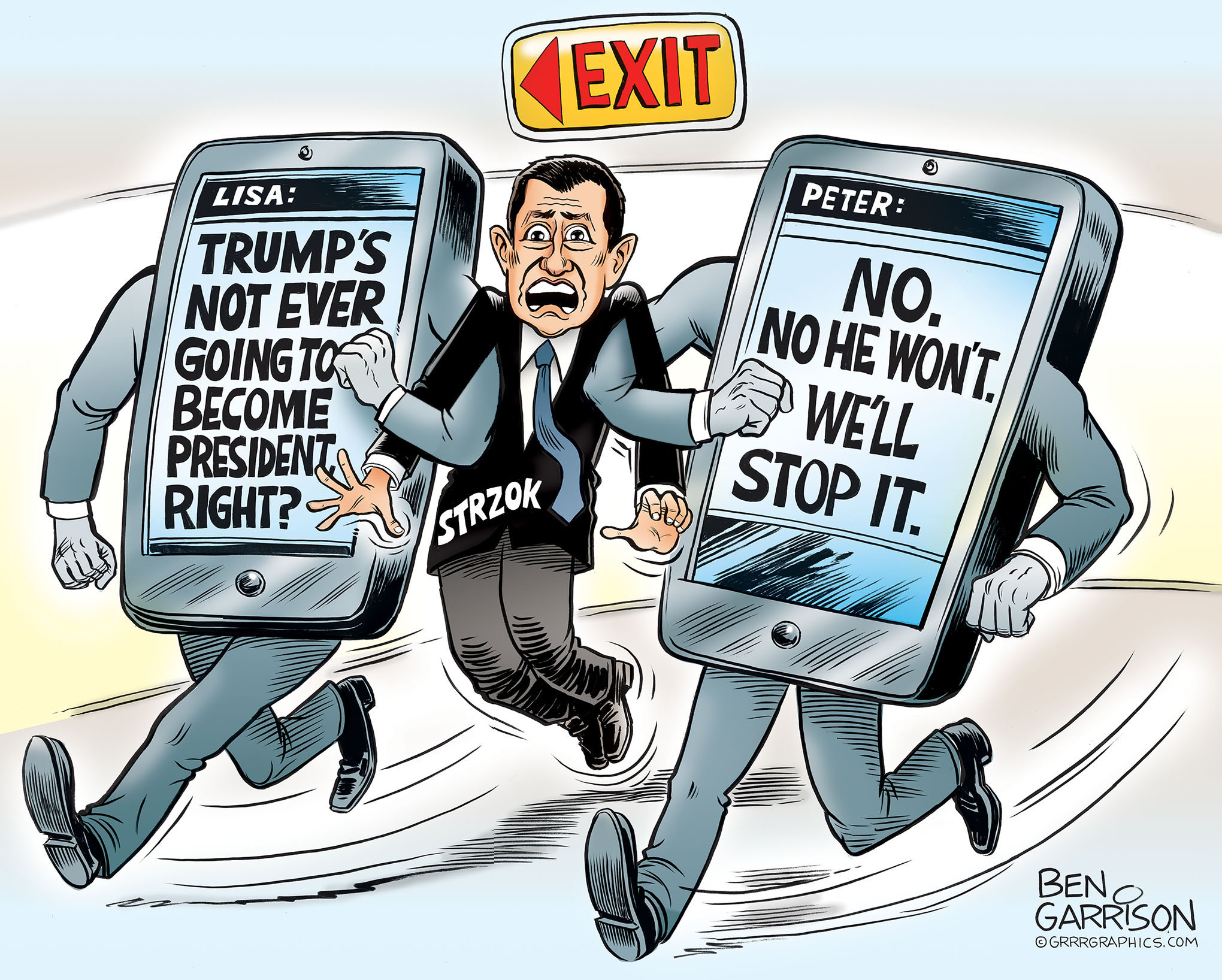 The firing of Peter Strzok is another body blow to the credibility of the Mueller special counsel operation. Strzok, who hated President Trump, compromised both the Clinton and Trump investigations that saw Hillary Clinton protected and Donald Trump illicitly targeted. Strzok’s anti-Trump texts show the Russia investigation he helped invent with Clinton campaign operatives is irredeemably compromised. As Mueller’s operation is founded on Strzok’s corrupt activities, it must be shut down.

Peter Strzok left the FBI building under escort the other day.

His status remains unclear, but he should be fired outright at the very least. After all, he exhibited a political bias toward Hillary and was strongly anti-Trump. He was instrumental in the investigation of Hillary, who got away with gross crimes she committed while ‘serving’ under Obama. Later on she lied, destroyed evidence, and obstructed justice.

Strzok’s text messages with his girlfriend, Lisa Page, are the smoking gun in this case. He said the FBI would actively try to prevent Trump from becoming president. Along with Comey, we’re witnessing the politicization of the FBI and it’s control by the Deep State.

It’s time to end Mueller’s investigation and then ensure the FBI no longer tries to influence elections or presidencies.