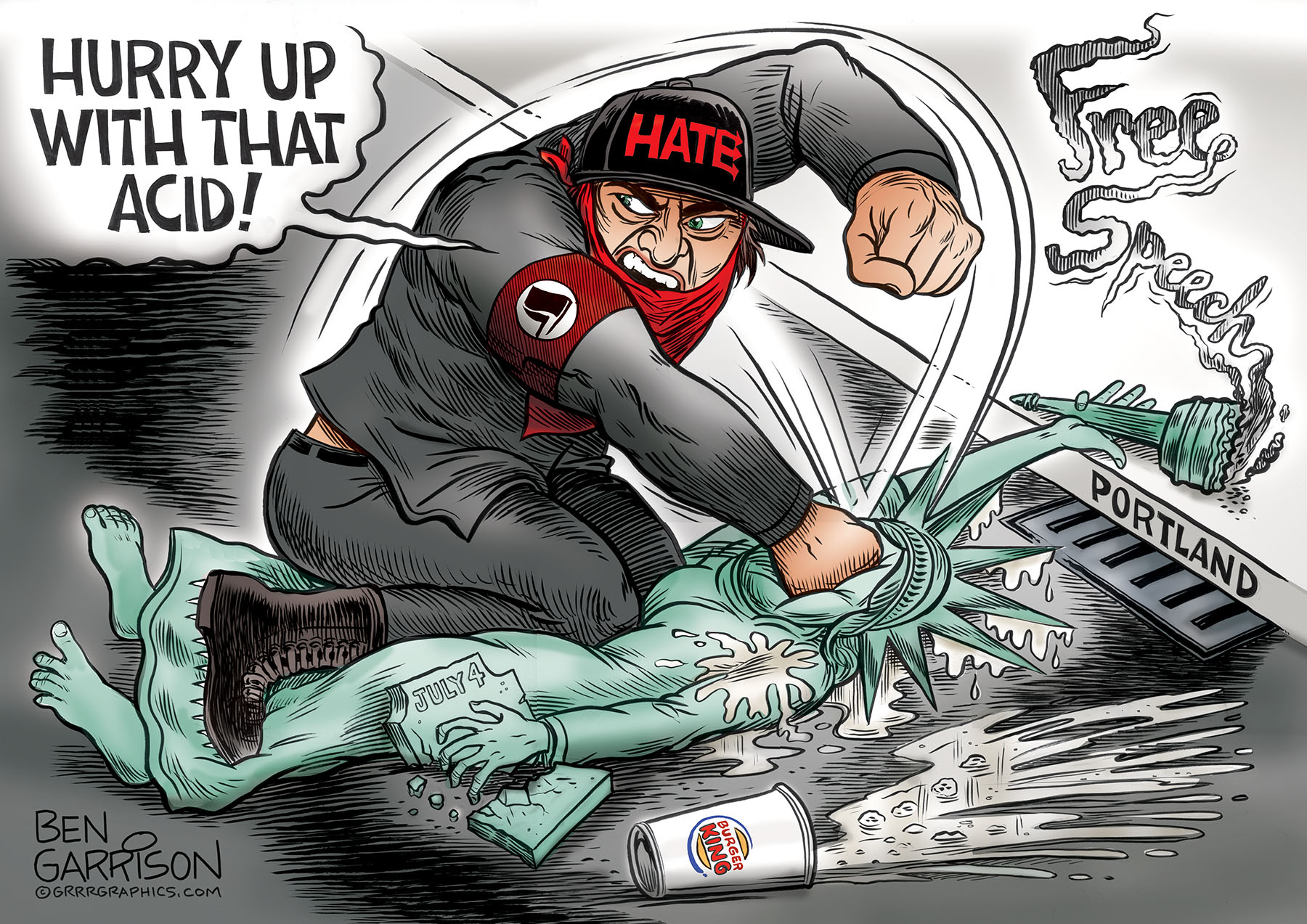 In America we have free speech. Regardless of race, religion, or political persuasion, everyone has a right to express themselves without the fear of violence—and as long as people aren’t calling for violence, they have a right to express whatever ideas they see fit.

Free speech in America is under attack. People now fear getting kicked off of social media for expressing opinions not welcomed by those who own the social media platforms. People are also getting attacked in the streets, as witnessed last week in Portland. Antifa attacks people whom they imagine to be “fascists,” which includes anyone to the right of Lenin. Yes, the Antifa are socialists who want to use force to get their way. They are supported and encouraged by George Soros.

Antifa’s physical violence recently sent a young reporter named Andy Ngo to the hospital. In my cartoon I drew an Antifa member as a tough thug, but in reality most of those in the group are wimps. Therefore they cowardly gang up on those with whom they disagree. The police in Portland were ordered by the radical Mayor to stand down. The corporate media said little, but if it had been a group of Trump supporters attacking someone on the left, you can be sure there would be outrage.

Antifa continues to escalate their violence. They promote punching people as something fun. Instead of throwing milkshakes they now want to toss acid. 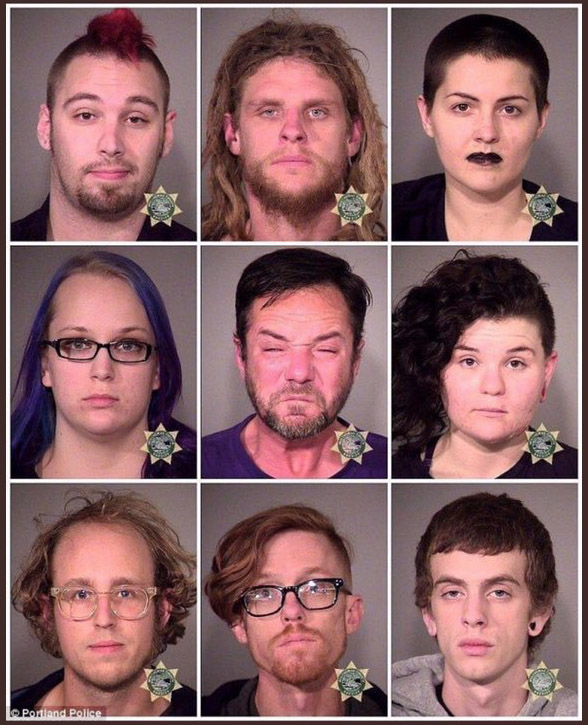 If Antifa’s violence isn’t stopped, it will only escalate. This lawlessness must be stopped before that.

Apparently this is what the Deep State globalists want.