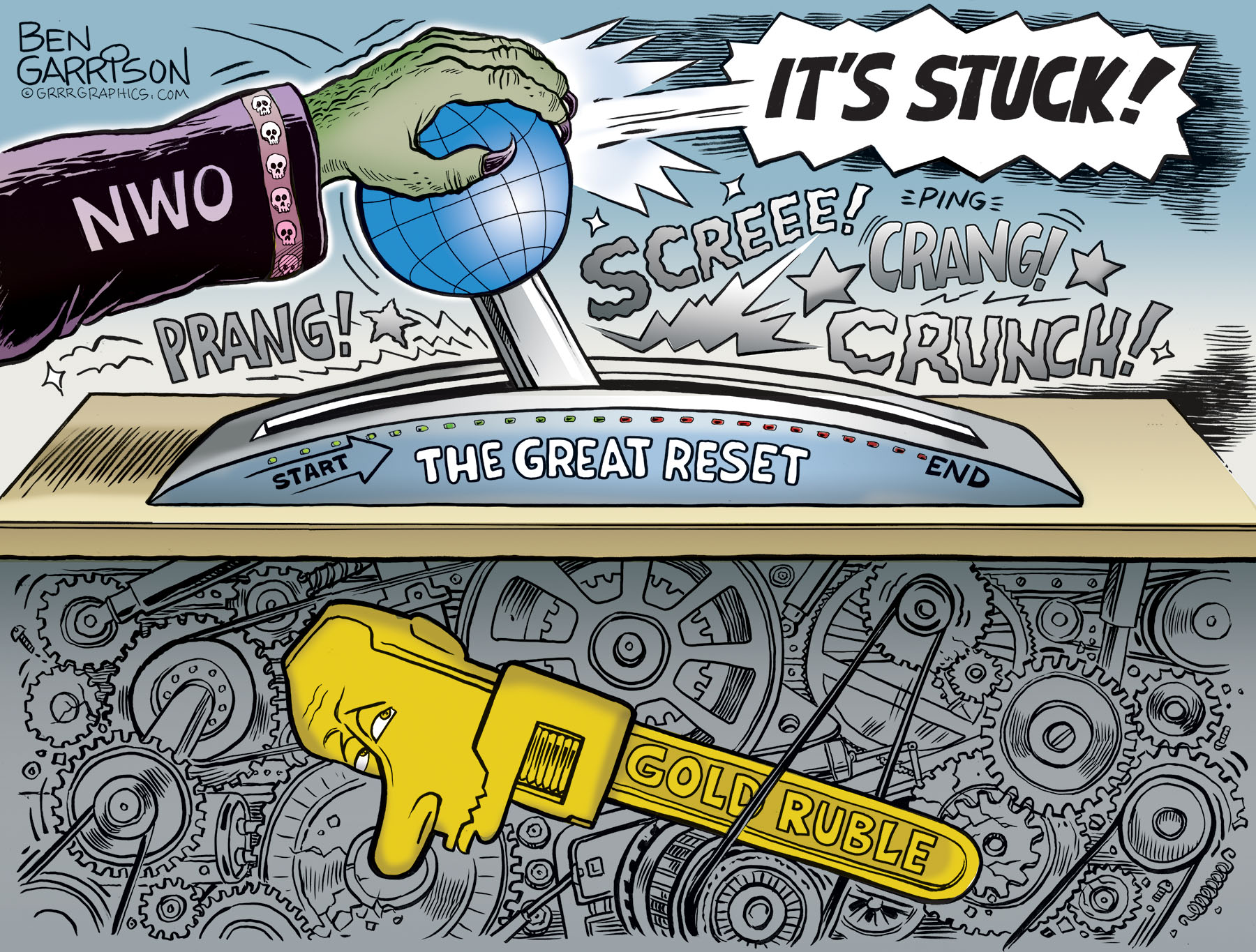 “Just a fly in the ointment. The monkey in the wrench. The pain in the ass.”

This is a direct challenge to ‘King Dollar,’ which has been the world’s reserve currency for far too long. Other leaders have tried to avoid the dollar. Iraq went to the Euro in exchange for their oil. Soon after, the US invaded and Saddam Hussein was murdered.

Libya’s Muammar Gaddafi wanted a gold-based currency. Soon after, the US bombed his country and Gaddafi was murdered. Now we’re seeing how the US would love a ‘regime change’ in Russia as Biden put it, but unlike bullying smaller countries, the US knows any direct attempt to take Putin out could lead to nuclear war.

The Democrats who carry out the game plan for the New World Order oligarchs know Biden is a blithering mess and that interferes with their plans. After being shunned by Obama, I don’t expect Biden to finish out his term.

By tying his country’s currency to gold, Putin has tossed a big monkey wrench into the turning gears of the globalists. If India and China go along with Russia, we could see some real fireworks. The New World Order needs the dollar to complete their plans to enslave the world by means of a digital dollar and a social credit system.

Putin doesn’t want this. Like the recently reelected Viktor Orban in Hungary, Vladimir Putin is a nationalist who has the best interests of his own country at heart. By contrast, Biden hates America.

Why else would he shut down domestic oil, leave our borders wide open, bring about massive inflation, and pepper us with dictatorial (and useless) Covid mandates? We need to stay out of Ukraine and concentrate on fixing our own country.

A return to a gold-based dollar would be a start, but how much gold is in Fort Knox? Probably very little. There has been no audit since the late 1950s. Whatever gold was there has most likely been replaced with gold-sprayed tungsten, a metal that weighs the same as gold.

Since we allowed private globalist bankers to take over our money system in 1913 and then systematically rob us blind, the US has been in the steady decline. We’ve lost too many lives through useless wars, had the fruits of our labor and our freedom stolen from us, and now they want to steal what makes human beings human by means of their woke nihilism.

Check Out Our Shop- Special Prices on Books, Prints, Select Original Art- Click Today- Thank you for the support

The Great Reset is a launch of globalist neo-serfdom where citizens have no freedom.

We are to shut up and do as we’re told while pedophiles at the top insist we celebrate the never-ending ‘trans’ mockery. We will own nothing and eat bugs while the oligarchs own and control everything.

Biden has already mumbled about how he leads the New World Order. Putin is one of the few who is standing up against those insane plans. It’s not that I admire Putin the dictator.

I simply despise our own dictators much more.

American Dream Out Of Reach For Americans