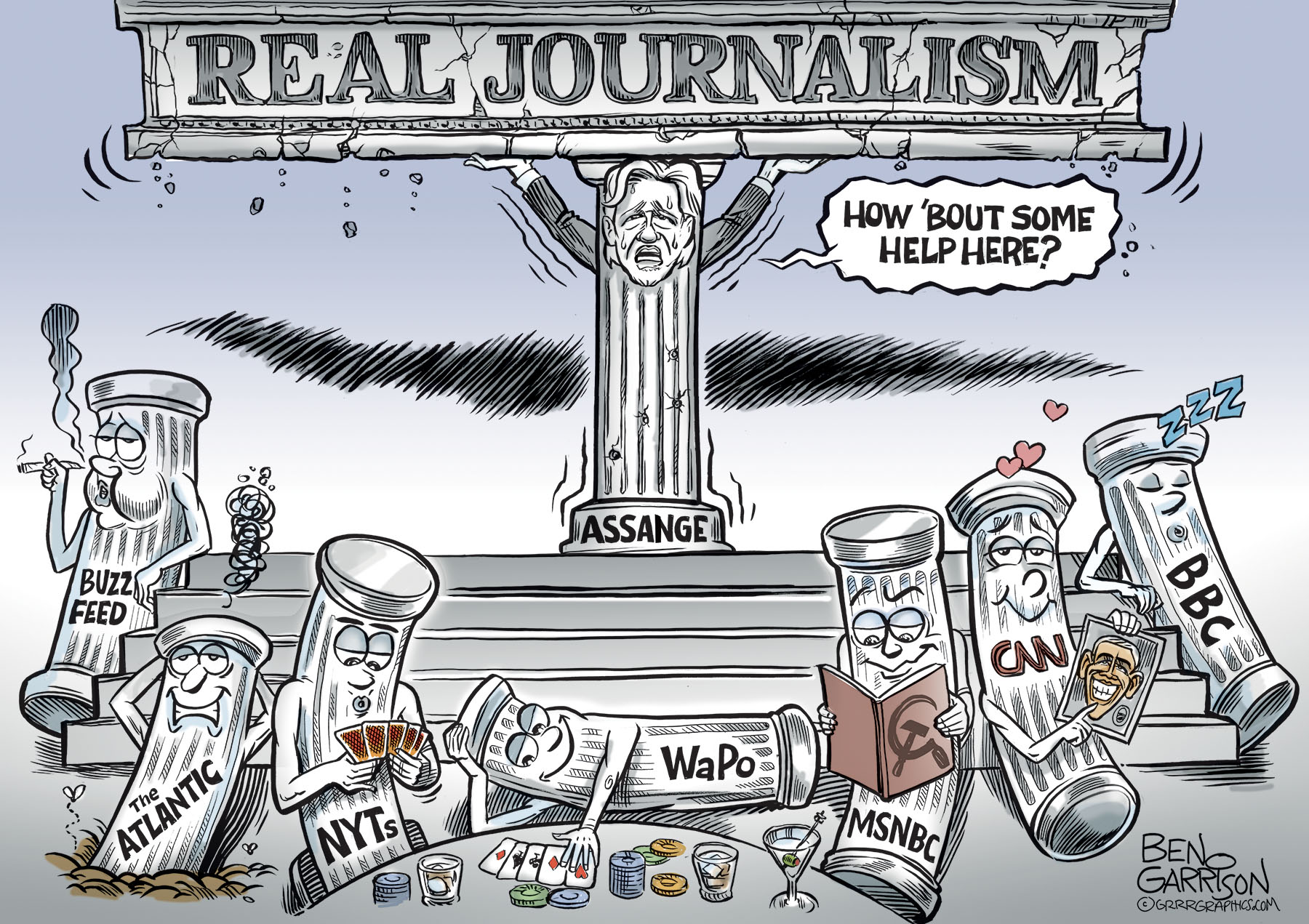 We do not have a free press. We have a biased, corporate controlled propaganda arm of the deep state

“We cannot have a self-governing society as was intended for our Republic if the government, with the complicity of the mainstream media, decides that there are things we are not allowed to know about it. President Trump should end the US government’s war on Assange…and on all whistleblowers and their publishers.” —Ron Paul

Dr. Paul, as usual, is right. Western corporate journalism has become so hopelessly politicized that it no longer reports the truth. They have become propaganda arms that aid and abet war and government corruption. They help cover up or obfuscate corruption rather than expose it. Julian Assange is a true journalist who is currently facing barbaric injustice for doing his job. Corporate media has for the most part has shamefully ignored the story.

Julian Assange reported the truth and as a consequence he has been put through Hell—legal and otherwise—as punishment. The Deep State wants him imprisoned for life in America—even though he’s not an American citizen.

Assange needs to be pardoned (even though he has done nothing wrong) and released. President Trump needs to stop listening to Pompeo on this matter and instead listen to American patriots who know the importance of real journalism and its value to our Republic.