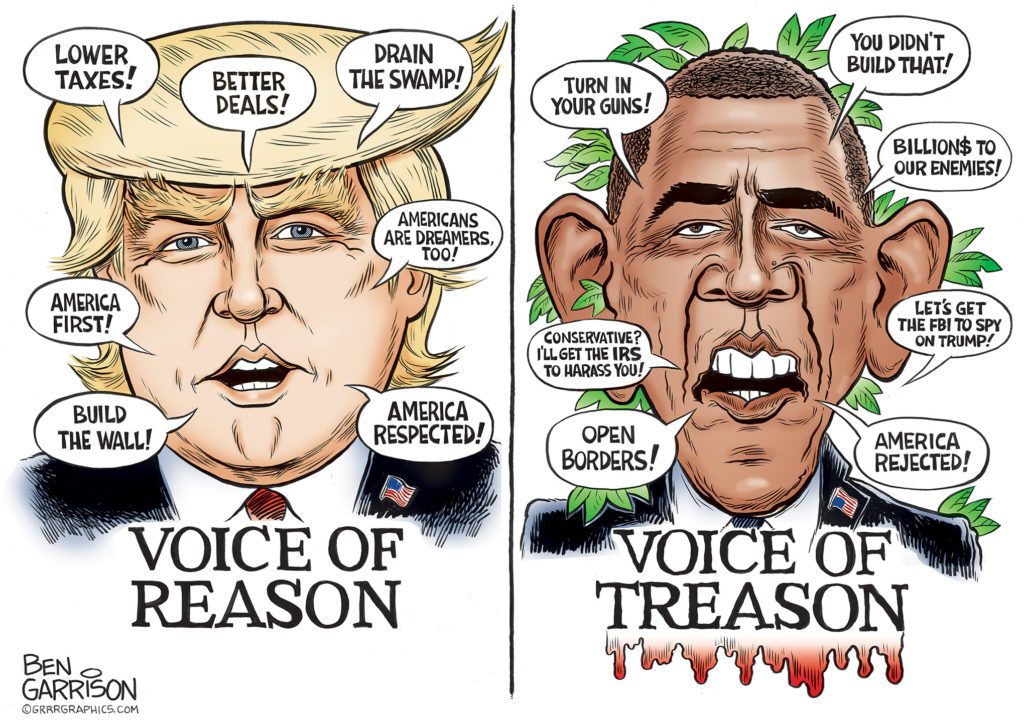 Obama was installed into the office by the Deep State globalists and he happily did their bidding.

Despite having everything rigged in her favor, Hillary still lost.

Our country dodged a bullet. President Trump immediately began dismantling Obama’s ‘accomplishments.’ Trump replaced treason with reason. It’s still a work in progress because the Deep State expected ‘their’ candidate, an outright criminal, to win. Now they’re doing their best to impeach Trump because he’s not one of them. Their coup must not be allowed to succeed.

The Bushes and Clintons and then Obama allowed the bubbling swamp to grow vast, deep and powerful. It will take time to drain it, but we have a president who is capable of doing it. He can start by waking up Jeff Sessions.

Stop the Presses! New Trump 45 Shirt, Get ready for 2020 with a new Ben Garrison Tee! Order Yours Today! Click to Order 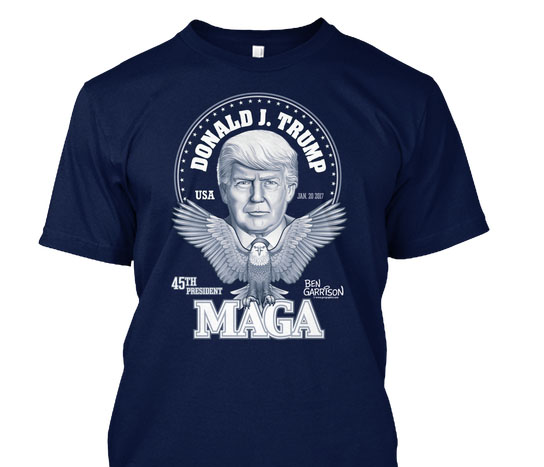