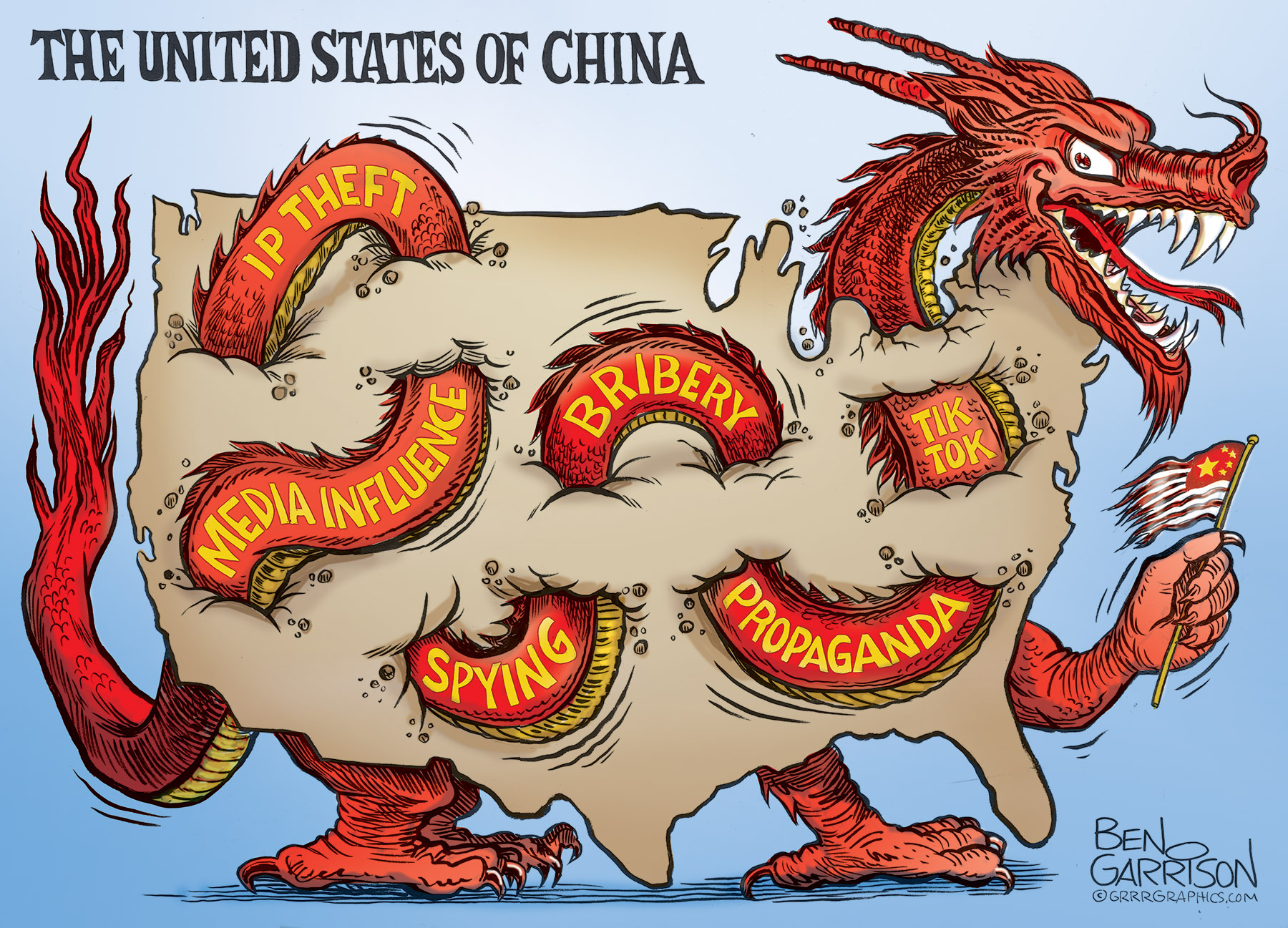 In the coils of the Red Dragon

The Chinese communist party wants to immediately enact a new “national security” law in Hong Kong. The law would effectively end Hong Kong’s independence as well as their civil liberties. Freedom is a dire threat to the Chicoms’ so-called ’security.’President Xi, like the rest of his comrades in power, is an atheist and as such they only worship their own power. Ethics and conscience are superfluous. The Chicoms do not hesitate to arrest and imprison those who don’t obey completely. There is no real freedom in China—especially religious freedom. The communists want complete control of their citizenry. Through mass tracking and a social credit system, they have achieved that objective.The Chinese are used to getting their way. Until Trump came to the White House, presidents caved in to China at every turn. Clinton even gave them missile technology. Biden engaged in nepotistic corruption with Beijing. The Democrats seem to love China. So does social media–especially Google and Facebook. Mark Zuckerberg, the CEO of Facebook, admires China and their form of censorship. He even asked President Xi to name his baby. Silicon Valley wants globalism and each human tracked, chipped, and controlled. They prefer censorship over our First Amendment. A Chinese general once declared an intention to eventually wipe out Americans and invade our country. China is a crowded country and the general considered America to be the new ‘lebensraum.’ But a future threat from China is not what this cartoon is about. China has already been busy conquering us by stealing intellectual property, then using slave labor to crank out derivative products at a lower cost. They have spies everywhere all over the world. They pressure the media to cave into their demands. For example, we’re not allowed to say a virus emerged from China. Oh no—that’s ‘racist.’

Chicom operatives also make sure Hollywood does not produce anything that puts their country in a bad light. Hollywood always caves. After all, China is a big market for their films. Same with the NBA. They caved to evil, communist thugs without a second thought. America won’t become China due to military defeat, but rather from within. People such as Bill Gates, Mark Zuckerberg and the Democrat socialists would love to emulate communist China right here in the USA. It’s unfortunate that so many citizens will obey them in lockstep and without question when they should be emulating the freedom fighters in Hong Kong.  —Ben Garrison

Coils of the Red Dragon