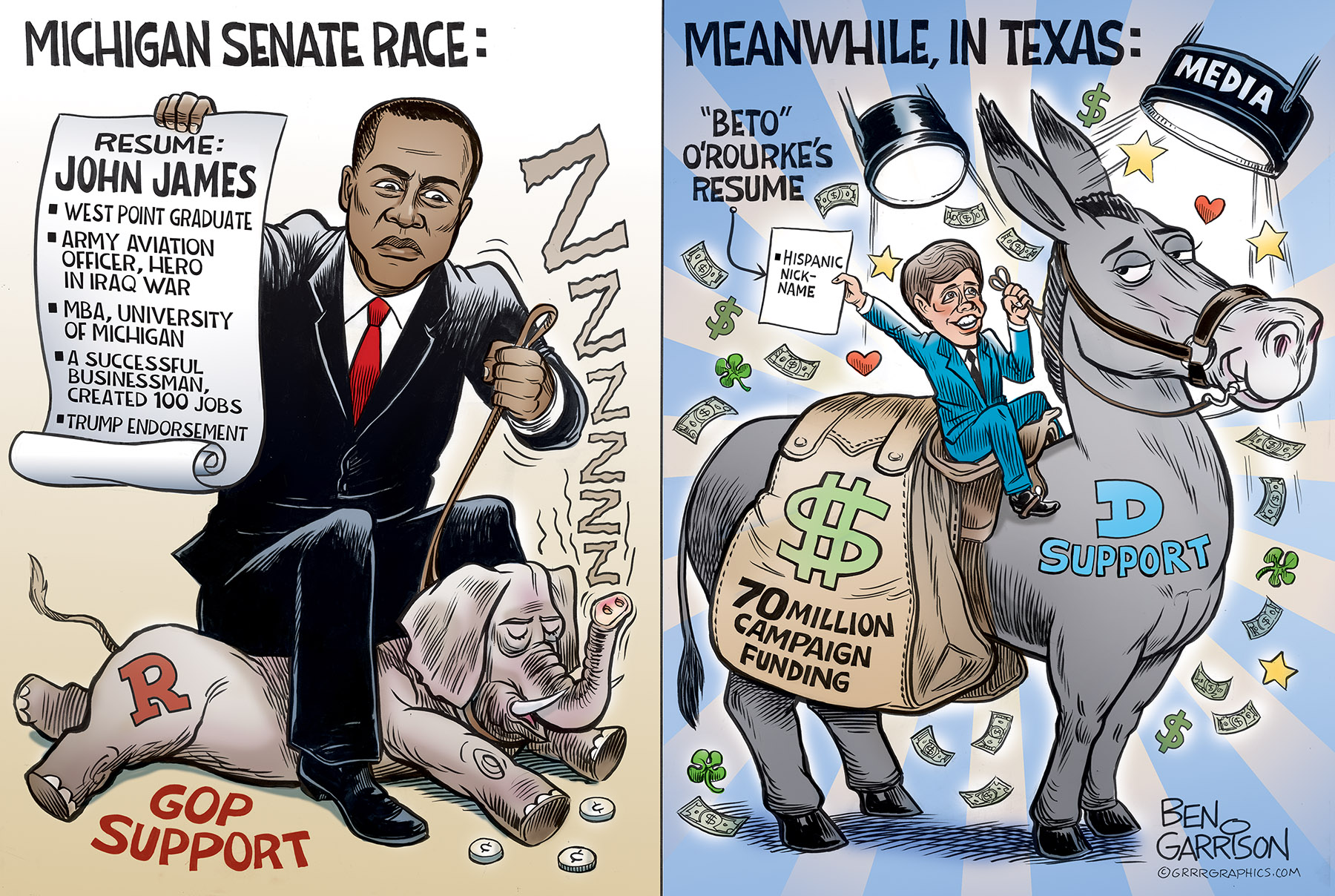 Bring the Red Wave to Michigan; support John James in his race against the left’s career politician, Debbie Stabenow.

Bozo Beto however is rolling in Democrat money and is in a tight race with Ted Cruz. 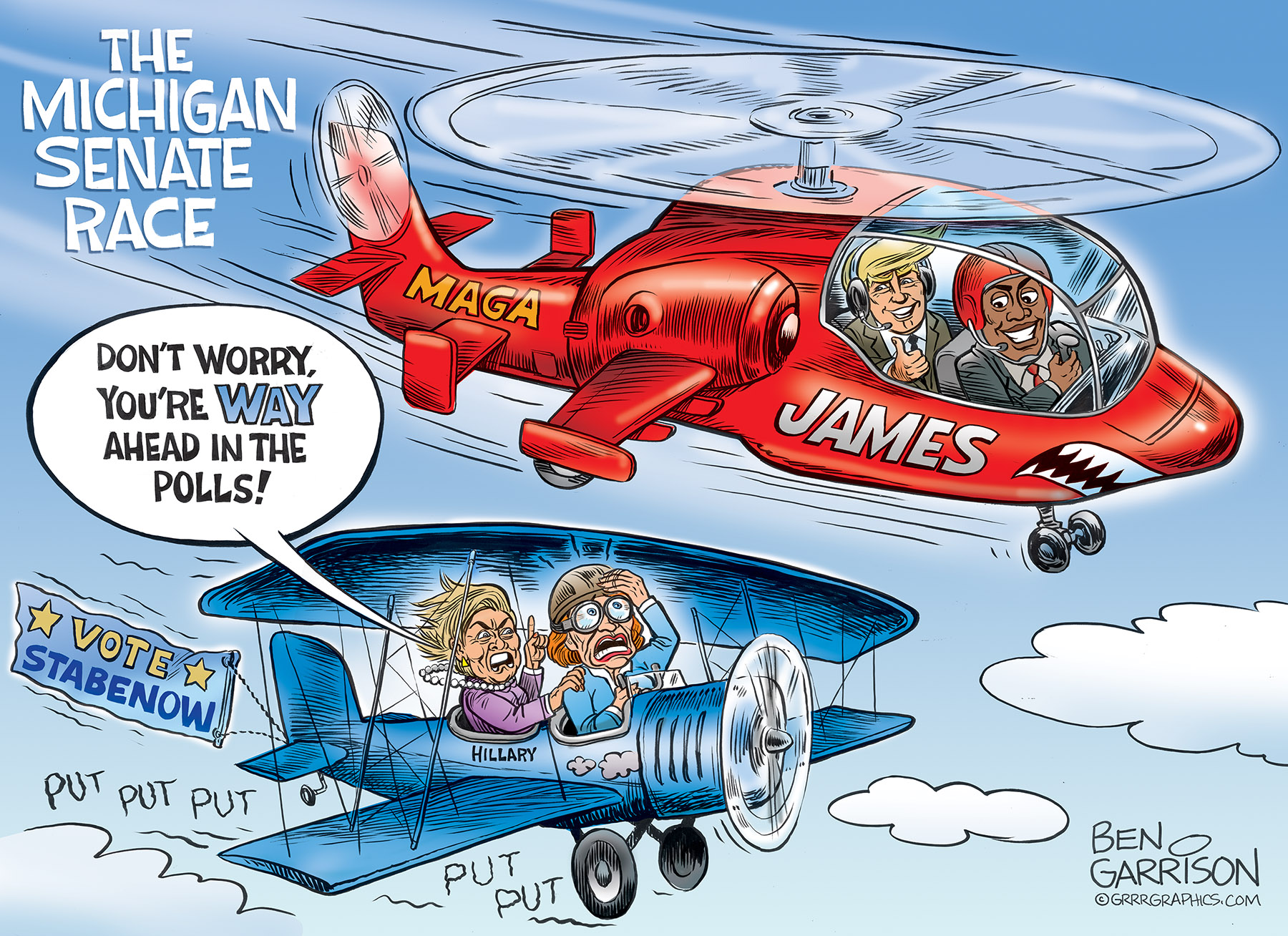