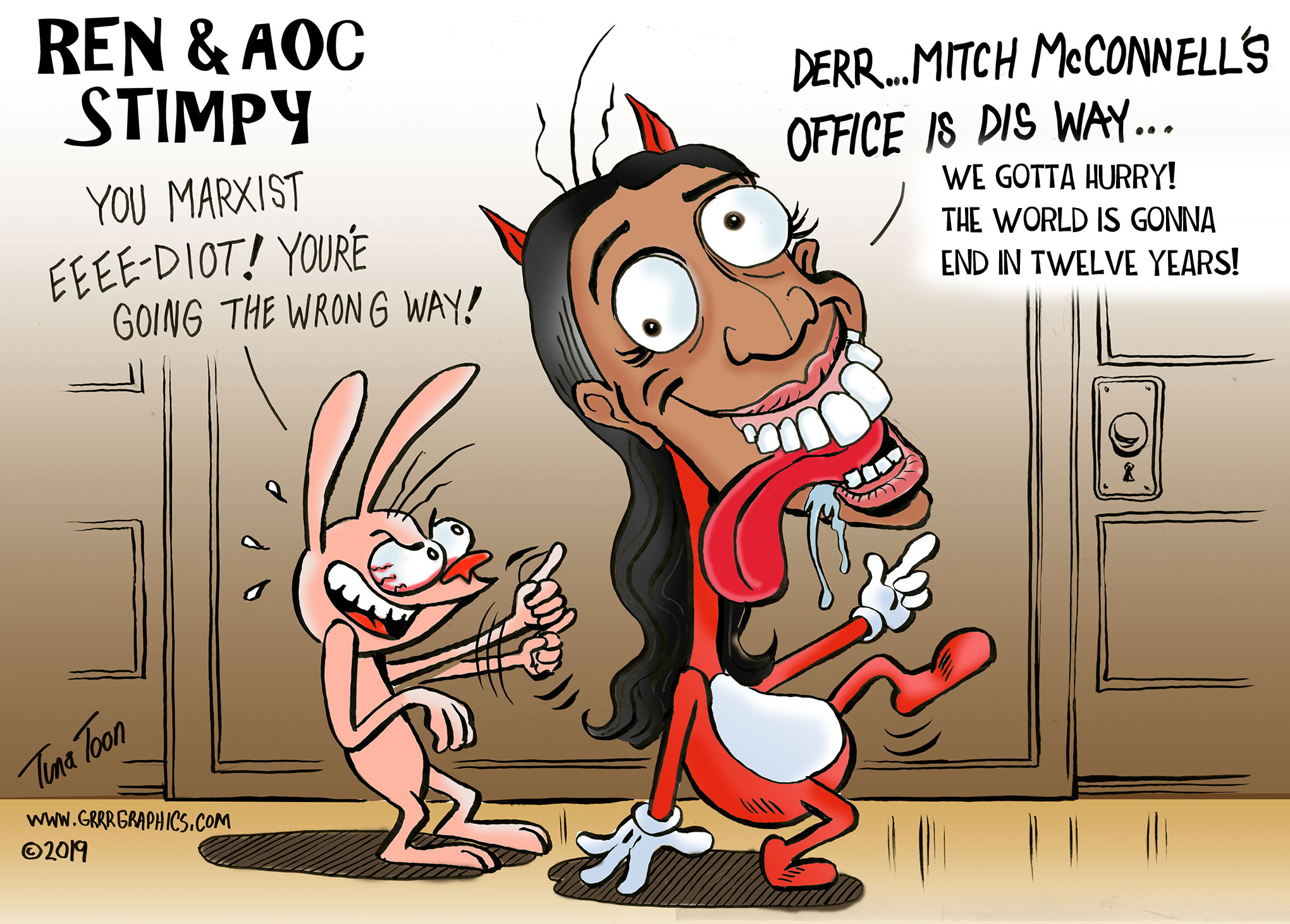 What is wrong with you?

Have you been eating too much Gritty Kitty Litter again?

AOC Stimpy you are the gift that keeps on giving!

A couple days ago AOC Stimpy marched into the Senate looking for Mitch McConnell’s office. No luck, AOC Stimpy was lost and never did find the Senate Majority leader!

AOC Stimpy is now claiming the world will end in twelve years if we don’t start dealing with Climate Change now!  Who does that sound like?

“And I think the part of it that is generational is that millennials and people, in Gen Z, and all these folks that come after us are looking up and we’re like, the world is gonna end in 12 years if we don’t address climate change. You’re biggest issue, your biggest issue is how are going to pay for it? — and like this is the war, this is our World War II. And I think for younger people looking at this are more like, how are we saying let’s take it easy when 3,000 Americans died last year, how are we saying let’s take it easy when the end person died from our cruel and unjust criminal justice system?”

“It is not to say that someone like Bill Gates, for example, or Warren Buffett are immoral people. I do not believe that.”

” I think it’s wrong that corporations like Walmart and Amazon can get paid.”

AOC Stimpy, even though you are dumber than a bag of rocks and as vulgar as a feces flinging monkey, 74% of Democrats would vote for you for President – IF you were old enough to run!

(AOC is 29 and you must be 35 years old to run for president- This is exactly why we have this rule for Presidential campaigns, who wants a know-nothing like AOC Stimpy in charge?)

That says a lot about todays Democrat party, doesn’t it?

All right AOC Stimpy, let’s go back home and shave the Yak.

Apologies to Ren and Stimpy!