Joe Biden (never call him president) held a rare press conference. His regime has held power for a year and he actually said he ‘outperformed.’ If destroying America is his real intention, then he did indeed outperform.

Dissembling Joe fielded many questions and did what he is good at: Gaslighting. The old liar may have sniffed too much of his own gas if he expects anyone, even the media and his fellow Democrats, to believe the lies he is so accustomed to shoveling.

At one point he was questioned outright about his cognitive decline and simply remarked, “I don’t know what you’re talking about.” Either Joe knows he’s lying or he’s so demented that he’s not aware of his dementia. He’s aware of his poll numbers in the basement but he said he didn’t care. Joe is living in fantasy world of his own making. He may truly believe he’s doing a wonderful job in his capacity as President of the Stolen Election.

Joe’s disastrous accomplishments include his disgraceful withdrawal from Afghanistan, runaway inflation, rampant crime and homelessness, high gas prices, a corrupt FBI and DOJ, pushing the Covid vaccines and mask hoaxes, a wide open border, flirting with World War III, and bowing down to the communist Chinese. He still thinks he’s done a wonderful job and he actually said he doesn’t know what Republicans stand for. The non-RINO kind usually stand for lower taxes, America first, the protection of individual rights, and smaller government to start. Biden should know this, but he drew a blank.

If he was pretending not to know, then he’s a liar. If he really doesn’t know then he’s cognitively impaired. Another sign of that impairment: He actually thinks he’s going to run again in 2024 with Kamala at his side. Now that is truly a sign of his mental decline.

Joe is a car wreck and out of touch with reality. Unfortunately the car he is driving is the USA. 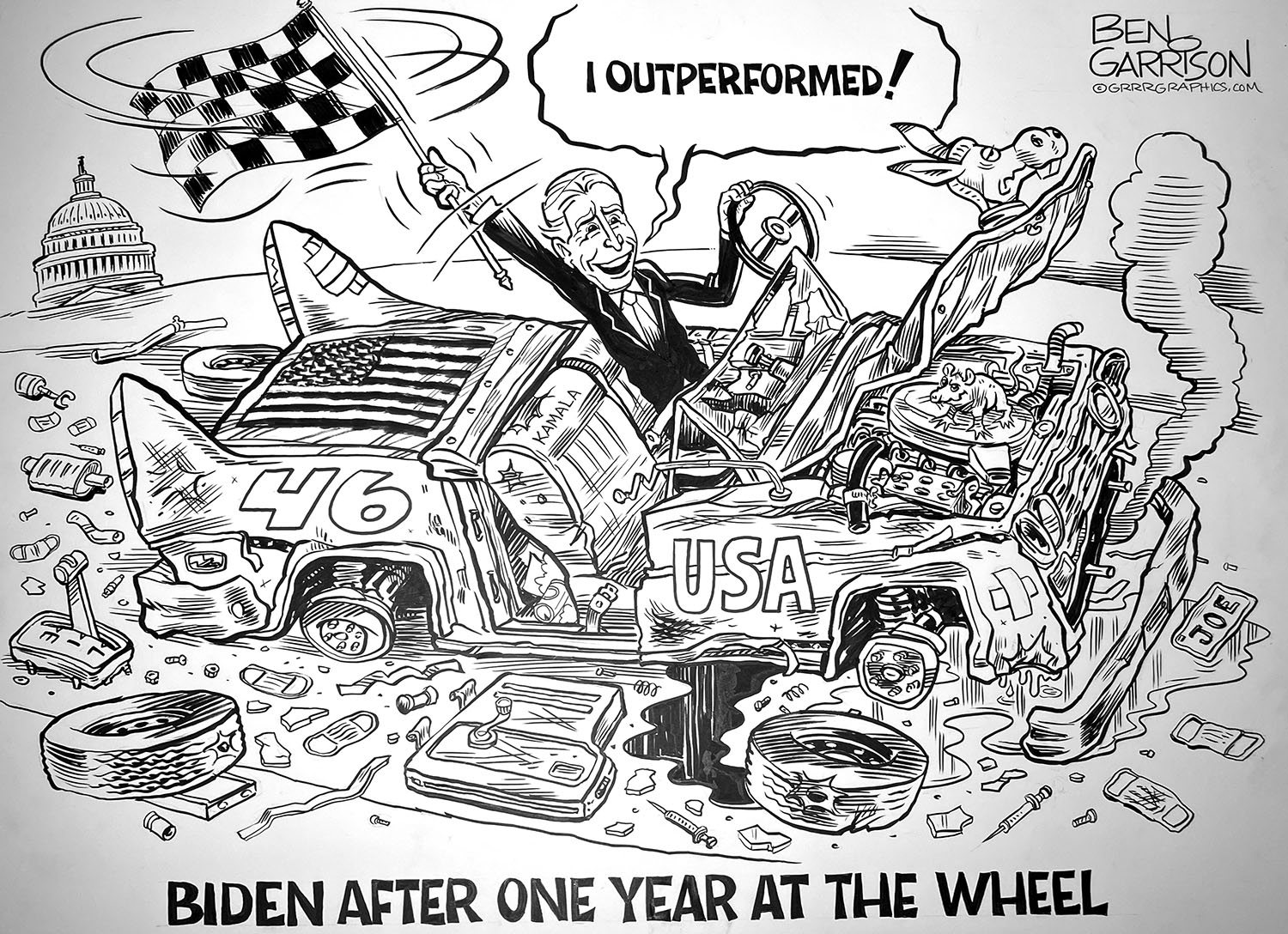