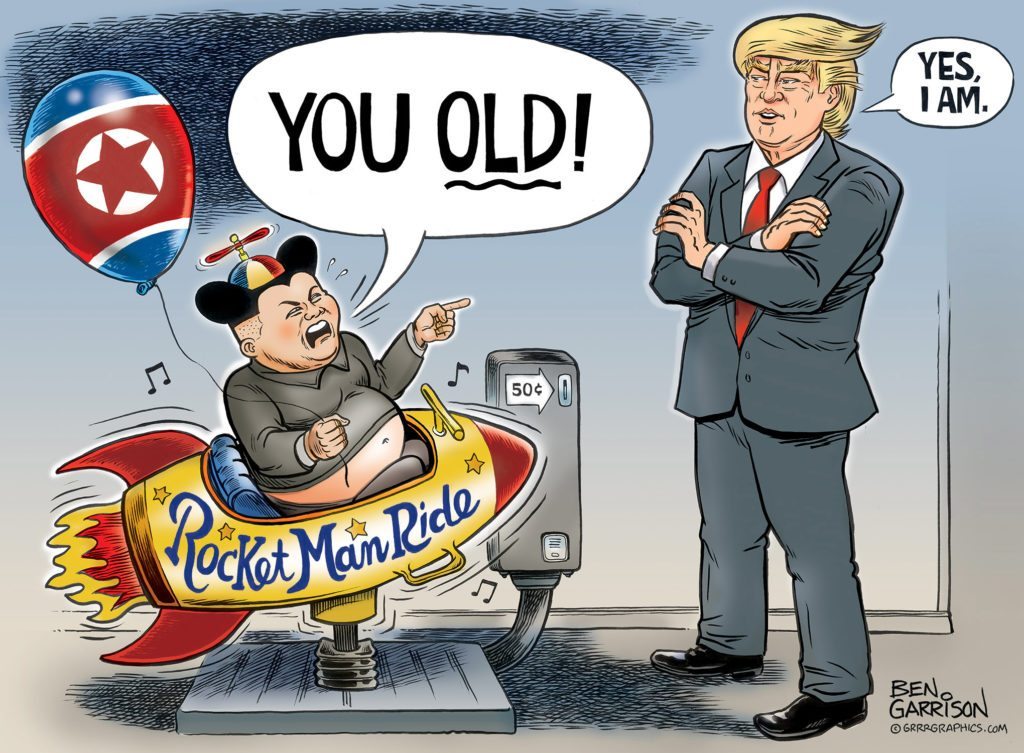 Kim Jong-Un delivered what he perhaps thought was a supreme insult. He called President Trump, “old.” Trump took it in good humor.

While he did return a barb by calling Kim Jong-Un ‘short and fat,’ he didn’t rule out the possibility of friendship with the North Korean dictator. “If that did happen, it would be a good thing for North Korea,” said Trump.

Solving the stalemate with the hermit state would be the cornerstone of Trump’s presidency, but it remains extremely unlikely. Kim Jong-Un must have a boogey man to keep his populace distracted with fear. A country constantly preparing for war is less likely to revolt, hence the dictator’s incessant saber rattling. Trump wants progress, not provocation.

Trump’s Asian tour has been a resounding success. He was especially popular in China.

To get China to agree to put the sanctions hammer down on their North Korean puppet is indeed an accomplishment.