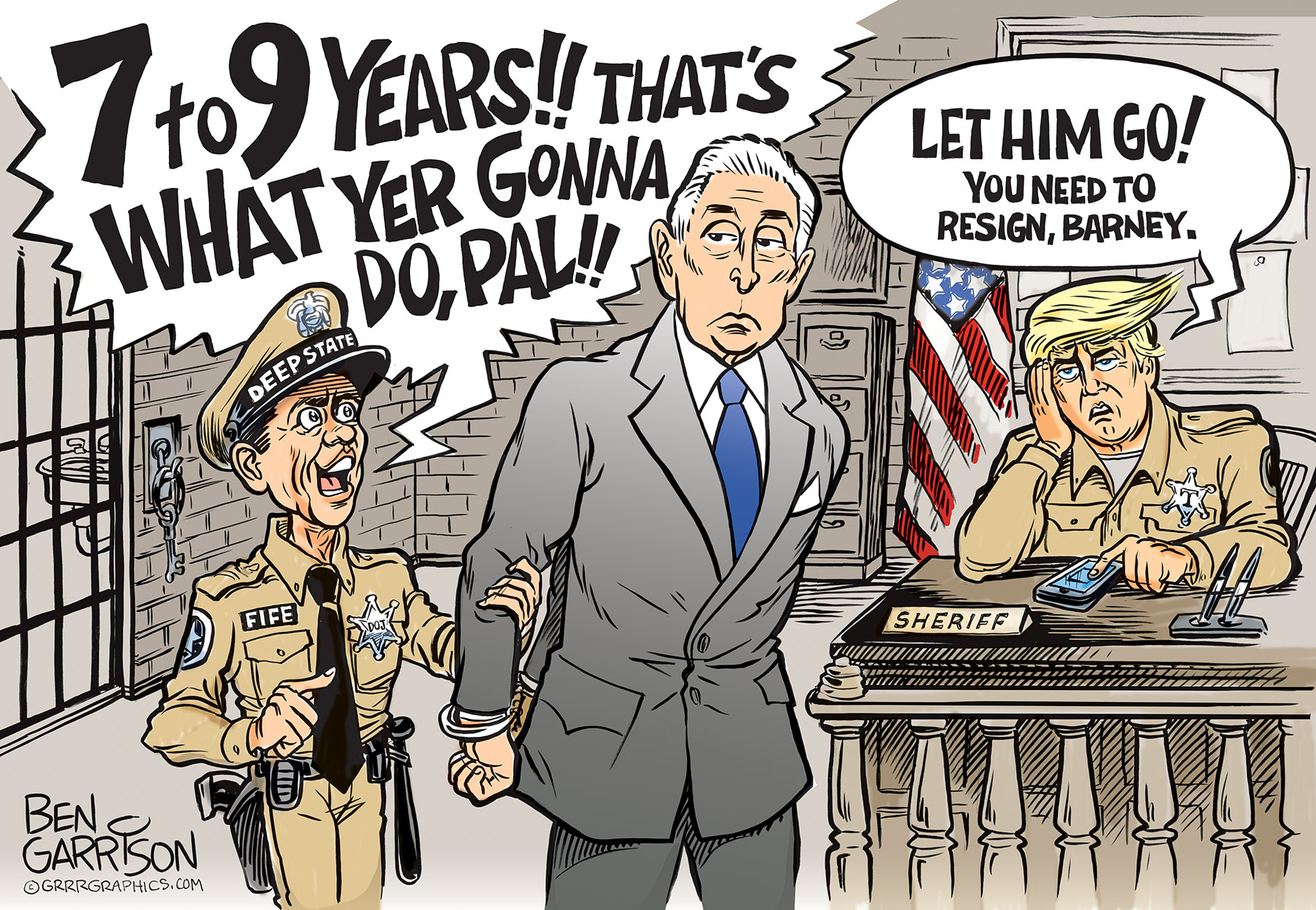 Roger Stone played a large part in the election of Donald Trump. His best-selling book, “Clinton’s War on Woman” undoubtedly cost Hillary a great many votes. It was that devastating.

Hillary spent more campaign money than Trump. She had the fake news mass media and the Deep State Swamp on her side, but thanks to ‘deplorables’ such as Stone, she lost.

Hillary got even. She put her ‘Russia Collusion’ insurance policy into play. She paid for the bogus Steele Dossier, which meant Hillary was the one who colluded with a foreign country to influence our election. The FISA warrant system was abused and Trump and his campaign was spied upon illegally. Mueller’s Russia witch hunt began, which ended up costing our nation years of wasted time and millions in tax dollars. Mueller made sure he extracted revenge for Hillary by arresting Roger Stone. The special prosecutor put on a big show, too. Roger’s early morning arrest involved dozens of heavily armed FBI men. CNN was tipped off and they were there to capture footage of the humiliation. They wanted to make a big deal out of handcuffing the ‘bad man.’

Mueller found nothing, but Roger remained tangled in a legal web. Even though he did nothing wrong, they charged him with several bogus ‘federal crimes.’ These process crimes were flimsy at best—one due to a slip of memory by Roger. When the Russia case collapsed he should have been exonerated, but instead he was tried in a partisan town with a partisan judge and a partisan jury. He was found guilty. The partisan hold-over federal prosecutors at the Department of Justice recommended a very harsh sentence. The Deep State wanted revenge. Instead, Trump’s outrage caused them to quit their jobs in a huff.