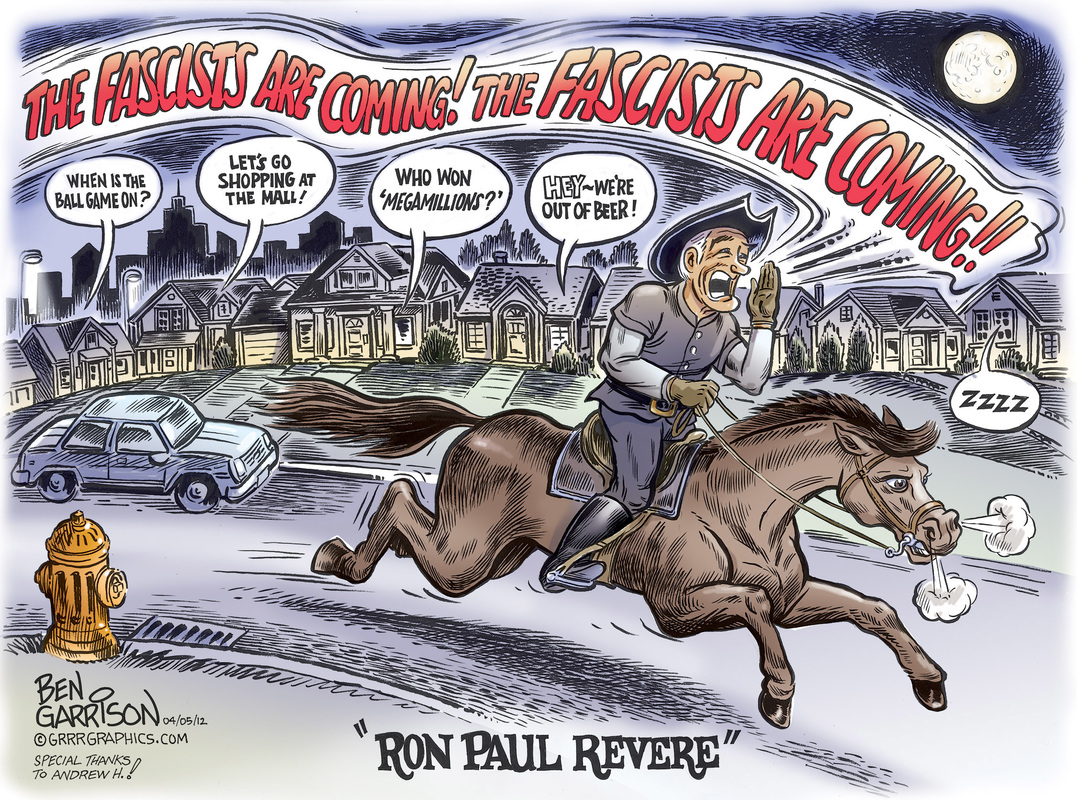 Ron Paul may not win the election (it has been rigged against him), but we hope he stays in the race to communicate messages the MSM are ignoring.

That is, the country has been taken over by global banks, multi-national corporations and the military-industrial complex that Eisenhower warned us about. Ron Paul has raised awareness of the Federal Reserve and the fascist system it has produced. Corrupt money and politicians have destroyed the Republic.

Wealth and power have been concentrated into the hands of a global elite. Some may say it’s a conspiracy theory, but fascism is already here. Like Nazi Germany, we can be stopped without reason and we must produce papers. We are groped, fried and searched without probable cause. The 4th Amendment is all but dead. They are going after freedom of speech next. Then the guns.

We must not willingly give them up.

Ron Paul is a modern-day Paul Revere. He has been warning us for years that fascism was coming. Now it’s here. Many Americans are waking up, but many more need to realize how valuable freedom is and how important it is for everyone to pitch in and help save the Constitution while we can.