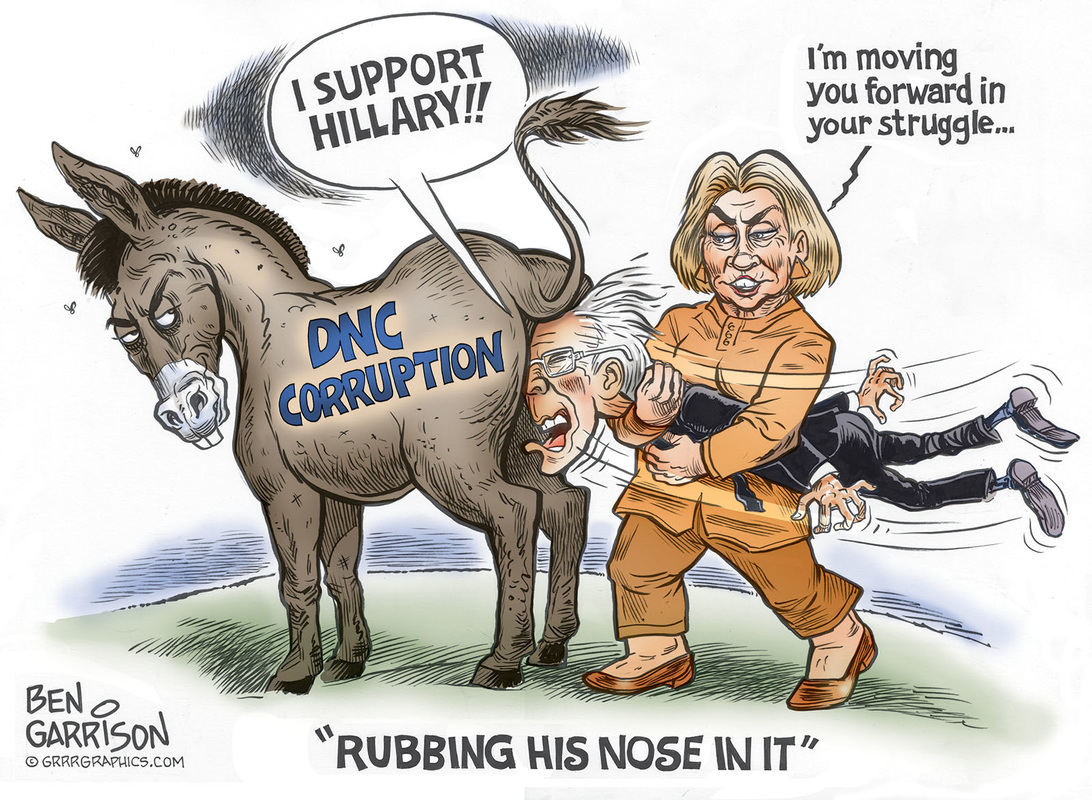 New cartoon! “Rubbing His Nose in it”
Shame on You, sell-out Bernie Sanders! Bernie wants political change. So he endorsed a candidate who represents the status quo. He wants to go after the 1 percent. So he endorsed a candidate who received a fundraiser from the Rothschilds—at $100,000 per plate. Bernie wants to break up the banks. Goldman Sachs gave Hillary $225,000 for a speech. She won’t reveal what she said.
Bernie supports a liar, a criminal, a warmonger and a grifter. He wants her and her rapist husband back once again in the White House. Maybe Hillary will return the silverware she stole.
She stuck your face in corruption election fraud and you still endorsed her. Shame on you, Bernie.
self funded- help me stop Hillary at https://www.patreon.com/grrrgraphics