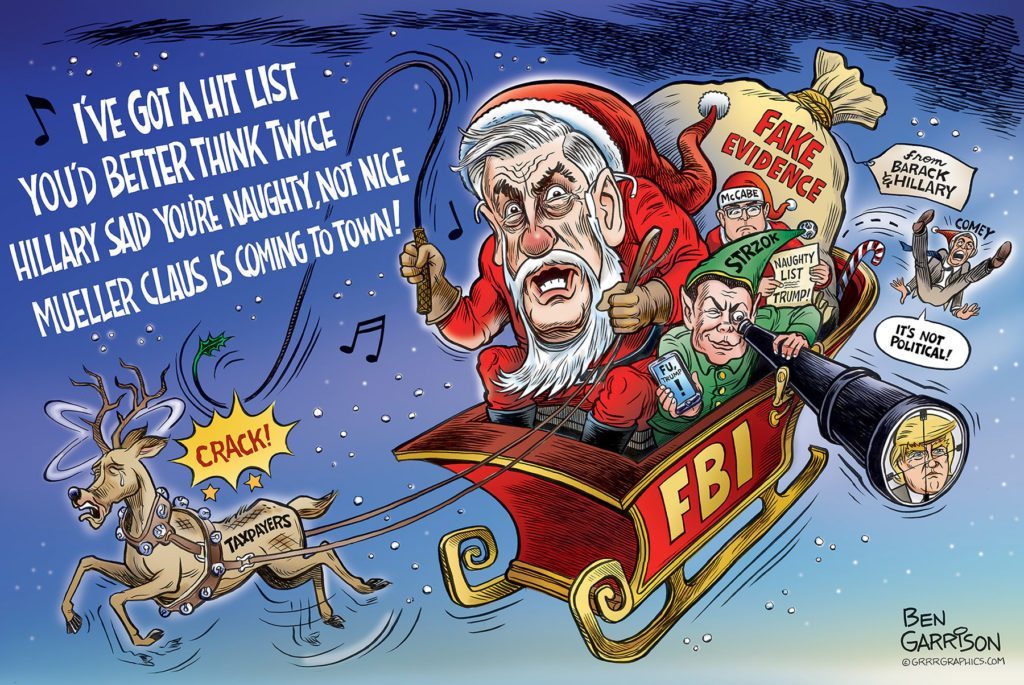 Update December 13, 2018  The Mueller investigation drags on with no evidence of “Russian Collusion”

In keeping with the holiday season, I drew a variation of an enduring symbol—Santa Claus.

Like jolly old St. Nick, Mueller and his investigation into non-existent Trump wrongdoings never seems to go away. Hillary and Obama seem keen on giving us gifts of false realities. We are witnessing the continued political weaponization of the FBI.

Mueller, approved by the Deep Staters Bush and Obama, has already done a lot to weaken our country.

Along with FBI head John Brennan, Mueller was ordered to stop equating Islamic terrorists with Islam itself, thus weakening the FBI’s ability to target terrorism. Political correctness was paramount under Obama and reality was damned.

Now Mueller is back as a special prosecutor looking at the presidential election supposedly getting ‘hacked’ by Russia, which is a lie used by Hillary to excuse her monumental loss. Mueller’s assignment from Hillary and the Deep State Swamp? Dig up as much dirt as possible on Trump in order to get him impeached.

James Comey had earlier helped the Clintons escape a noose from their Whitewater scandal. He was rewarded with a cushy job with Lockheed Martin that paid him many millions of dollars. As the FBI director under Obama, he again saved the Clintons when he refused to recommend Hillary for prosecution. He overlooked her obvious obstruction of justice when she destroyed cell phones and bleach-bit her server. He said there was no ‘intent.’ It was not his call.

Then there is the improbably named Peter Strzok. (pronounced stroke?) He was fired from Mueller’s investigation due to his stridently anti-Trump text messages to his mistress. Do these FBI men not know they leave digital footprints or are they that contemptuous of their own process? Regardless, his behavior is again indicative of the growing bias and partisanship in the FBI. They’re going after Trump without one iota of evidence while they’ve done their best to exonerate Hillary–despite her spate of criminal acts that would send lesser mortals to prison.

Mueller’s partisan anti-Trump fishing expedition could easily drag on for another Christmas and as usual, the taxpayers are on the hook. Meanwhile, the biggest criminal fish, Hillary, never seems to be put on ice.

Instead of investigating Trump, let’s investigate the corruption of the FBI itself. 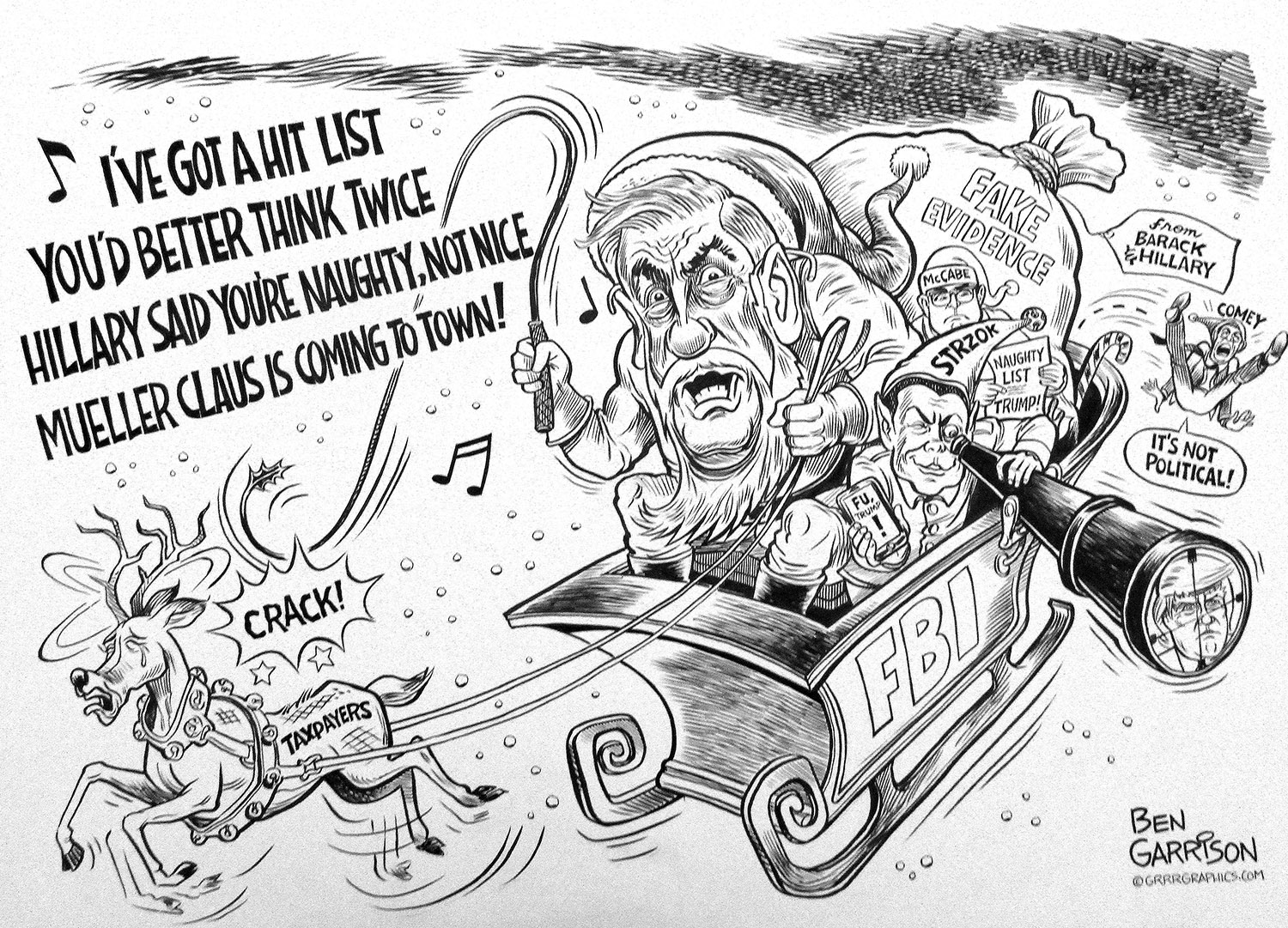 THE GARRISON is now Live – Join Ben at Cartoon Headquarters!
See you at THE GARRISON- an online Community for MAGA Patriots!